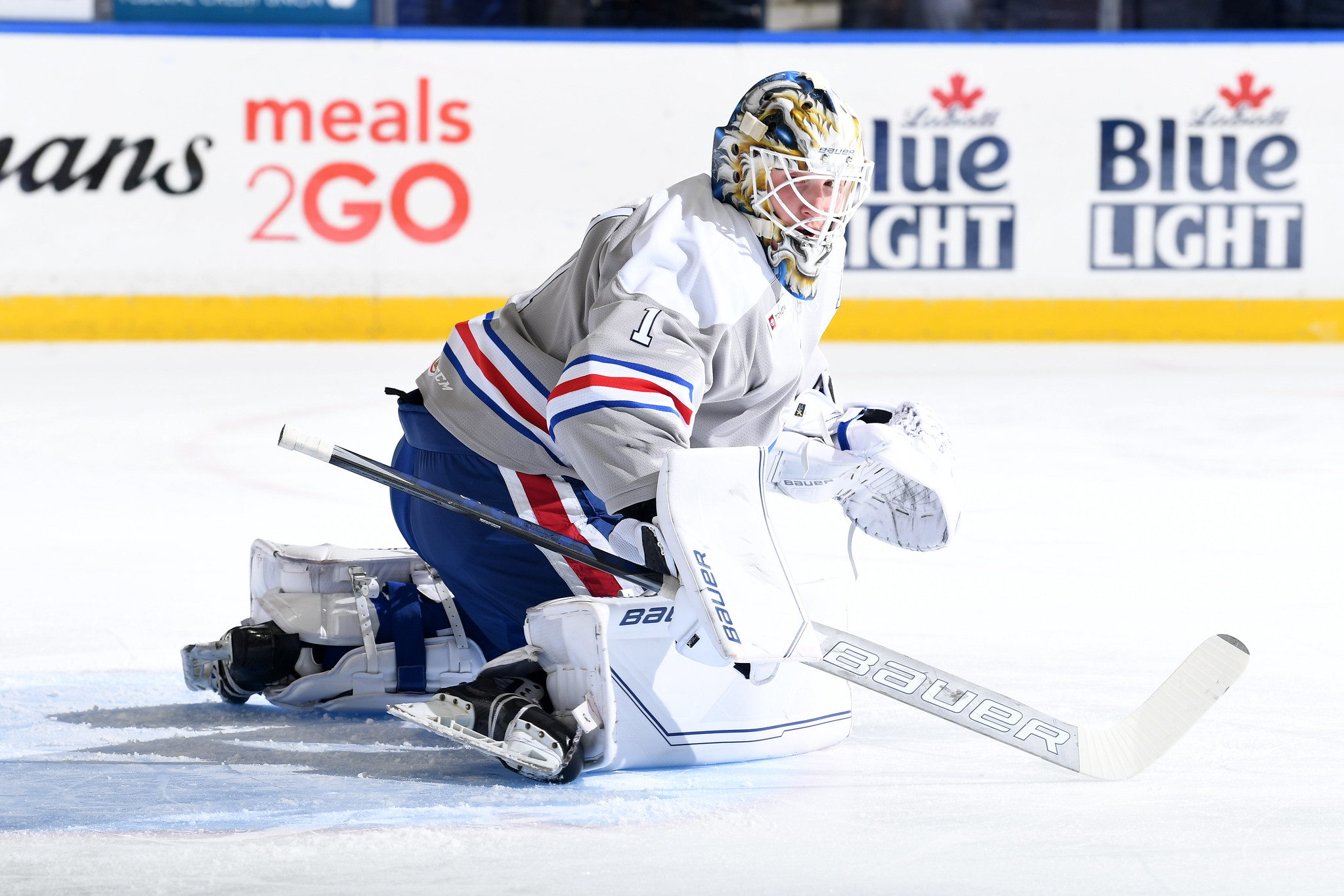 The American Hockey League announced today that Rochester Americans goaltender Ukko-Pekka Luukkonen has been selected as the AHL Player of the Week for the period ending November 14, 2021.

Luukkonen made three starts last week and faced a fusillade of 117 shots, allowing only five goals (1.68, .957) and registering the first shutout of his AHL career.

On Wednesday evening, Luukkonen turned aside 41 shots and was named the game’s first star as Rochester posted a 5-1 victory at Wilkes-Barre/Scranton. He made 39 saves in a loss to Cleveland on Friday before coming back with a 32-save performance in a 4-0 victory over the Monsters on Saturday night.

Luukkonen, 22, has a 4-4-0 record in eight appearances for the Amerks this season with a 3.37 goals-against average and an .891 save percentage — including a 1.77 GAA and .949 save percentage so far during the month of November.

He has appeared in 33 career AHL games with Rochester, posting a record of 15-13-5 (3.35, .887) with one shutout. Luukkonen, a native of Espoo, Finland, won a gold medal at the 2019 IIHF World Junior Championship, and was named the Ontario Hockey League’s most outstanding player and goaltender of the year in 2018-19.

A second-round choice by Buffalo in the 2017 NHL Draft, Luukkonen made his NHL debut with the Sabres last season, appearing in four games and earning a victory in his first outing on Apr. 23, 2021, vs. Boston.