Bills were reportedly in on Von Miller before Broncos-Rams trade 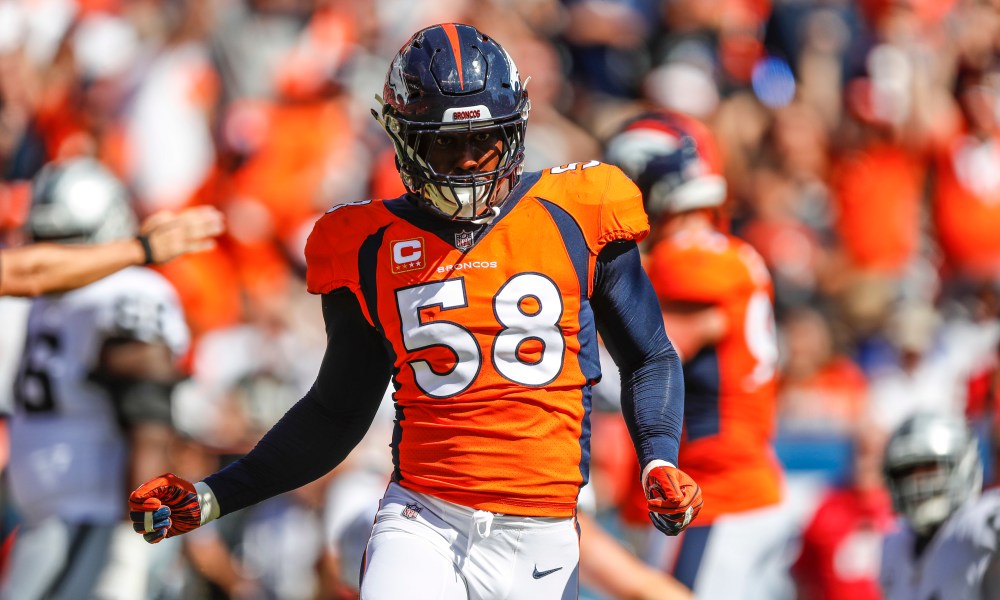 The NFL trade deadline usually isn’t anything filled with excitement.

In 2021, football did reach that rather low bar with a couple of notable players being moved. The one at the top of that list was easily Von Miller.

The All-Pro pass rusher from the Denver Broncos was dealt, landing with the Los Angeles Rams.

When the deadline came and passed at 4 p.m. on Tuesday, the Buffalo Bills decided not to make any deals.

Specifically, they might have had some level of interest in Miller.

After Miller was traded for second and third round picks, it was reported that the Bills spoke to the Broncos about Miller. According to NFL Network’s Peter Schrager, Buffalo “called about” Miller.

Additionally, the Dallas Cowboys were added into the mix.

Here is the report from @PSchrags on @gmfb that the #Bills were in on Von Miller before he was traded to the Rams. pic.twitter.com/VOtWTkUziZ

In the past, Buffalo general manager Brandon Beane has expressed that he will inquire about any trade he deems as one that would improve his roster.

Miller would have done exactly that to the Bills… and nearly any NFL roster.

But the Bills certainly do have a very packed roster along their defensive line, so it still would have been bold.

Miller’s addition also wouldn’t have been a good look for Boogie Basham, Buffalo’s Round 2 rookie who has routinely been inactive on game day.

Regardless, for now, this one goes down as a “what if?” question.

One thing to consider moving forward: Miller, 32, is a free agent after the 2021 season.