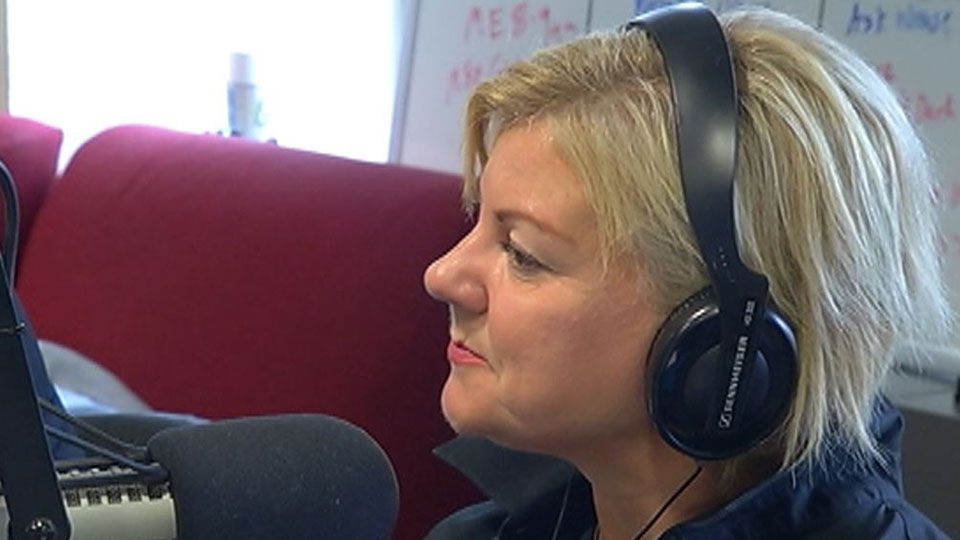 A former Rochester radio host is under investigation after boasting on social media that she used a fake vaccination card to gain entry into Sunday’s Buffalo Bills vs. Miami Dolphins game at Highmark Stadium.

The Bills require all fans ages 12 and older to provide proof of vaccination to be permitted entry to games, with Sunday’s contest the first time that proof of full vaccination was required.

According to Erie County Department of Health officials Monday, more than 250 fans were turned away Sunday for lacking proof of vaccination.

During the game, Kimberly Ray, former host of the Kimberly and Beck radio in Rochester, tweeted about using a fake vaccination card to gain entry into the stadium, posting a picture of herself in the stands and saying “Here we are. Didn’t even look at my fake card lol.”

She followed that tweet up later Sunday with more pictures of her in the stadium, and also some commentary about her complaining about the rules, writing: “Let’s just be clear. Asking to see your ID is against everything American. I had to show a fake ID today. Did I feel bad about it. Not at all. This is the America they want us to accept. Just say no.”

“Asking to see your ID is against everything American,” the former radio host wrote. Despite her claims, it’s a regular practice to ask for identification for regular exchanges, like purchasing alcohol or tobacco.

Ray has since deactivated her Twitter account, but a TikTok video with screenshots of her tweets explains the situation and has nearly 150,000 likes, as of Tuesday night.

Officials from the New York State Department of Health said they couldn’t comment on an “open investigation.” A statement to News 8 said Tuesday said:

“The New York State Department of Health takes fraud in the COVID-19 vaccination program very seriously and, through its Vaccination Complaint Investigations Team, will continue to work with law enforcement to crack down on forged vaccination documentation. We are aware of this posting and cannot comment on an open investigation. New Yorkers can report vaccine-related fraud by calling 833-VAX-SCAM (833-829-7226) or emailing [email protected]”

When asked for more information, the health officials reiterated: “Again, we cannot comment on an open investigation.”

Erie County Executive Mark Poloncarz told News 4 on Monday they had not confirmed any instances of unvaccinated fans beating the system and entering the stadium. The District Attorney’s office also said Monday there were no arrests for fake COVID-19 vaccination cards used at the game on Sunday, which would be a felony.

According to federal prosecutors, misrepresenting the official seal of a U.S. agency, like the CDC logo on vaccine cards, could be a violation of federal law. Violators could face up to five years in prison or a $5,000 fine.

Ray, and her co-host Barry Beck, were fired last June after making racist comments on air during their program. During the program, Ray was talking about the beating of a woman in Rochester, and asked if the Black men involved were — in her words — acting “N-word-ly.”

The Kimberly and Beck show was not new to controversy. Back in March, when the coronavirus was just beginning to hit Monroe County — during a segment on if the virus was “overhyped” — Beck said COVID-19 was “the KKK of diseases,” and then said “white people matter.”

Beck’s comments came after a caller into the show said that deaths related to the virus were mostly white people, and that “very few black people have died from the virus.”

On the contrary, data has showed New York state’s death toll from COVID-19 has been disproportionately high in black and Hispanic communities, especially in New York City.

The pair was also fired from their previous station back in 2014 for “hateful remarks against the transgender community.”