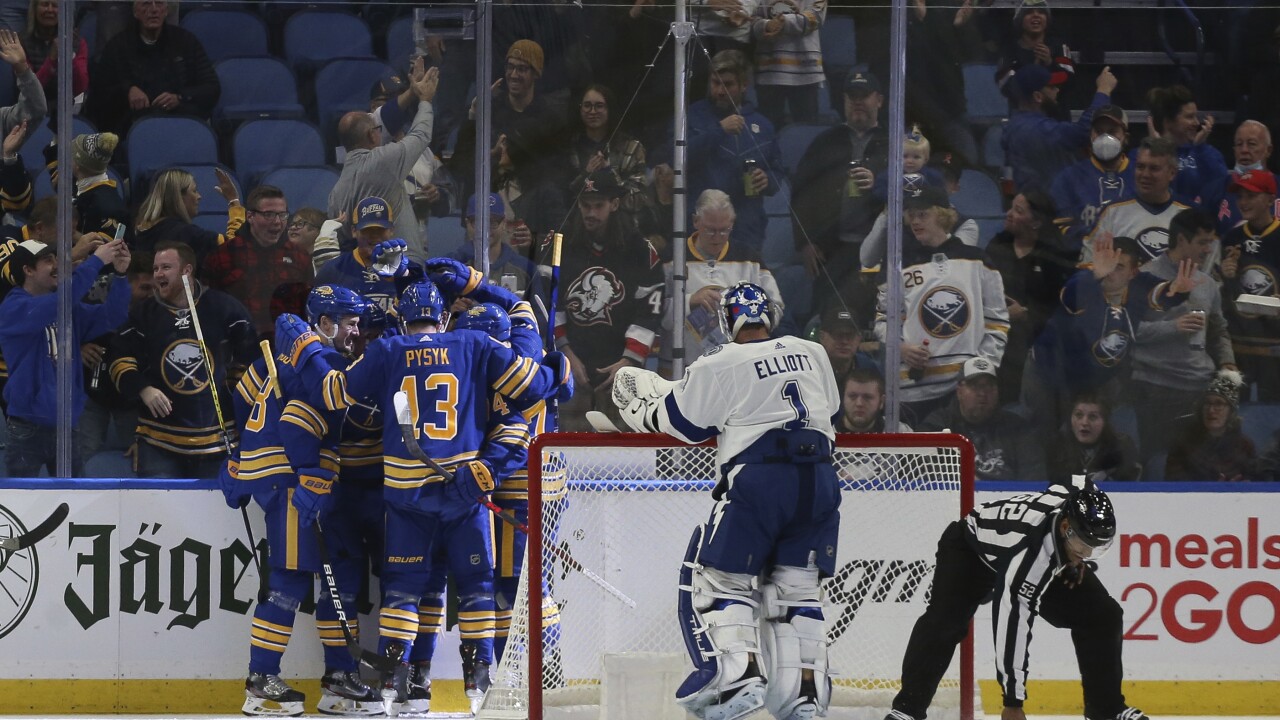 The Buffalo Sabres battled through a tough second period en route to a 5-1 victory over the Tampa Bay Lightning on Monday at KeyBank Center.

Craig Anderson was strong between the pipes, stopping 35 shots. The victory was the 294th of Anderson’s career, moving him into sole possession of 40th place in NHL history in goaltender wins.

Buffalo’s power play was 0-for-1 while the penalty kill was once again perfect, going 2-for-2.