Homicide rates increased during pandemic, here are the worst cities and why

The pandemic created a lot of issues for people during the world wide shutdown, and one unfortunate one was an increased rate of homicide.

The rate is so high that President Joe Biden has made tackling it one of his priorities.

WalletHub recently released a report that showed homicide rates rose by 34% in 50 of the country’s most populated cities between 2019 and 2021. They are still on the rise. 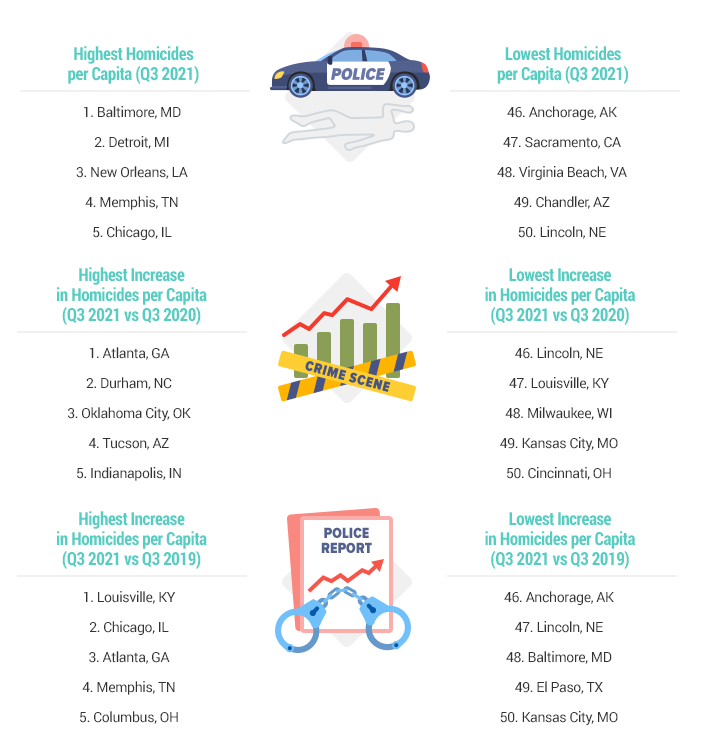 The number one city to see the highest increase was Atlanta, Georgia, with 10.23 homicide cases per capita.

The lowest rate of homicide was in Lincoln, Nebraska with 0 cases per capita.

Matthew Hale, Associate Professor and MPA Program Chair for the Department of Political Science and Public Affairs at Seton Hall University says many different factors go into what caused such a jump in homicide rates recently.

He said unemployment, uncertainty and fear, social unrest, and police fear may be different reasons in different places, but they likely all come together at once in many areas.

Things like unemployment, lack of health care, increased anxiety and increase in alcohol use all play a factor.