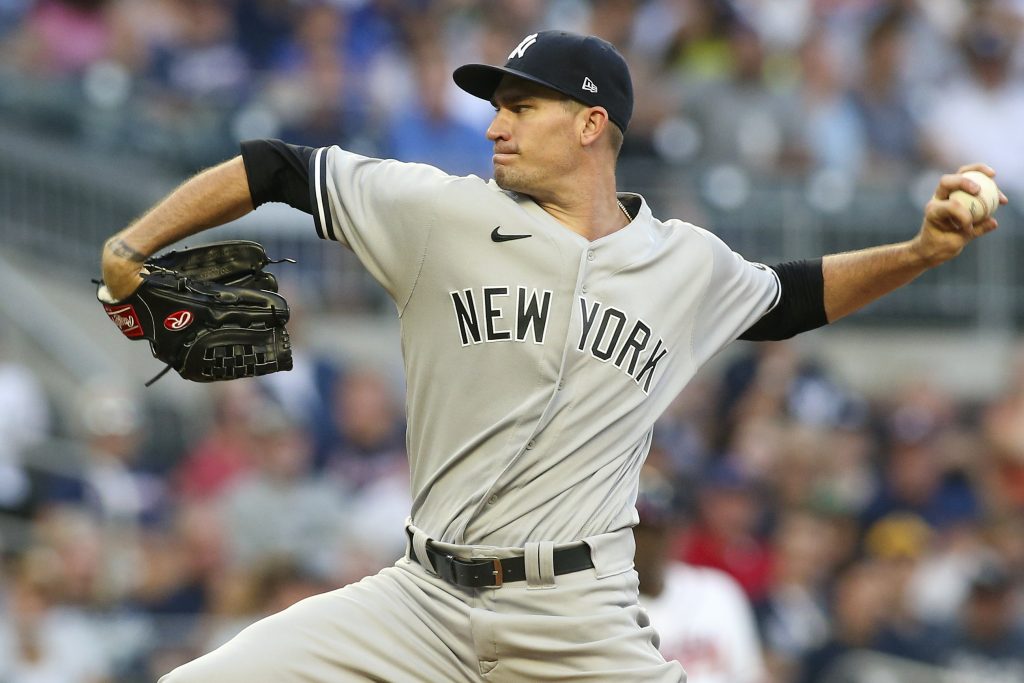 The Yankees announced Tuesday that they’ve designated left-hander Andrew Heaney and right-hander Brody Koerner for assignment. The moves clear a pair of spots on the 40-man roster for outfielder Greg Allen and catcher Rob Brantly, whose contracts have been selected from Triple-A Scranton/Wilkes-Barre.

Heaney, 30, was a deadline pickup for the Yankees whom the team hoped to turn around after a rough start to the season in Anaheim. New York sent minor league righties Janson Junk and Elvis Peguero to the Halos in return for the final couple months of control over Heaney, a free agent at season’s end, but the move didn’t pan out as hoped.

Heaney, long a solid starter with a penchant for missing bats, saw this year’s alarming home run troubles skyrocket following his trade to the Bronx. The Yankees eventually moved him from the rotation to the ’pen, and it was clear he wasn’t a part of the team’s postseason plans when the team optioned him late in the season (a move that required the veteran’s consent).

In 35 2/3 innings with the Yankees, Heaney limped to a 7.32 ERA — due largely to an untenable 13 home runs allowed during that stretch. His 2021 season will come to a close with 129 2/3 frames of 5.83 ERA ball. To his credit, Heaney was markedly better than league-average in terms of strikeout rate (26.9%), walk rate (7.3%), swinging-strike rate (12.5%) and opponents’ chase rate (35.7%). Fielding-independent metrics like xERA (4.01), xFIP (4.12) and SIERA (3.84) all felt he pitched better than that ERA would suggest, but Heaney’s sky-high 2.01 HR/9 mark and 18.1% homer-to-flyball ratio torpedoed his earned run average. Given his mounting troubles keeping the ball in the yard, it’s not a surprise that the Yankees are electing to remove him from the postseason equation — particularly in advance of a sudden-death Wild Card showdown with the Red Sox.

Koerner, 27, had his contract selected for the final day of the season but was not used in a pivotal Game 162 matchup for the Yankees. He made a pair of appearances earlier in the season, allowing a run on two hits and two walks with one strikeout in a combined three innings of relief.

A former 17th-round pick (2015) who’s spent his entire career to date in the Yankees organization, Koerner pitched to a 3.39 ERA with a below-average 19.1% strikeout rate but better-than-average marks in terms of walk rate (7.1%) and ground-ball rate (45.8%) in 77 Triple-A frames this season. He’ll have the opportunity to become a minor league free agent if he goes unclaimed on waivers in the coming days.

The selection of Allen and Brantly from Triple-A gives the Yankees a pair of options on the bench for tonight’s Wild Card game. Allen provides manager Aaron Boone with a late pinch-running option and/or defensive replacement, while Brantly provides some insurance as an in-case-of-emergency third catcher.