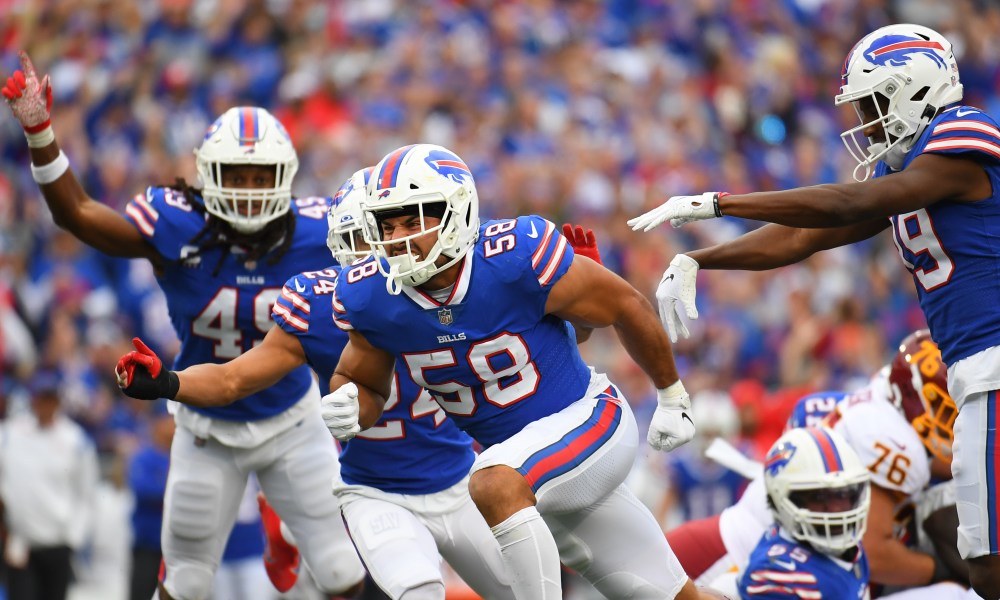 The Buffalo Bills could have three key defensive starters in the lineup when they head to Arrowhead Stadium to take on the Kansas City Chiefs on Sunday Night Football. Head coach Sean McDermott told the media on Monday afternoon that Matt Milano, Jordan Poyer and Taron Johnson are all listed as day-to-day heading into the matchup.

Milano exited Sunday’s 40-0 win against the Houston Texans with a hamstring injury in the second quarter. The linebacker has played at an All-Pro level early in the season and would give the defense a significant boost if he were able to play on Sunday.

Poyer and Johnson both missed Sunday’s game with the Texans with injuries.

Buffalo’s starting safety suffered an ankle injury late in the Bills’ 43-21 win over the Washington Football Team. Poyer downplayed the injury postgame but it kept him out of action in Week 4.

Johnson was questionable heading into this weekend’s matchup against Houston but was ruled inactive on Sunday morning due to a groin injury.

In Week 4, Jaquan Johnson and Cam Lewis both stepped up for the defense. Johnson recorded an interception in the team’s shutout while Lewis had a pass defensed and forced fumble. While both players showed that they are more than capable of playing valuable reps, Buffalo’s defense would benefit from having their starters back in the lineup against Patrick Mahomes and the Kansas City Chiefs.