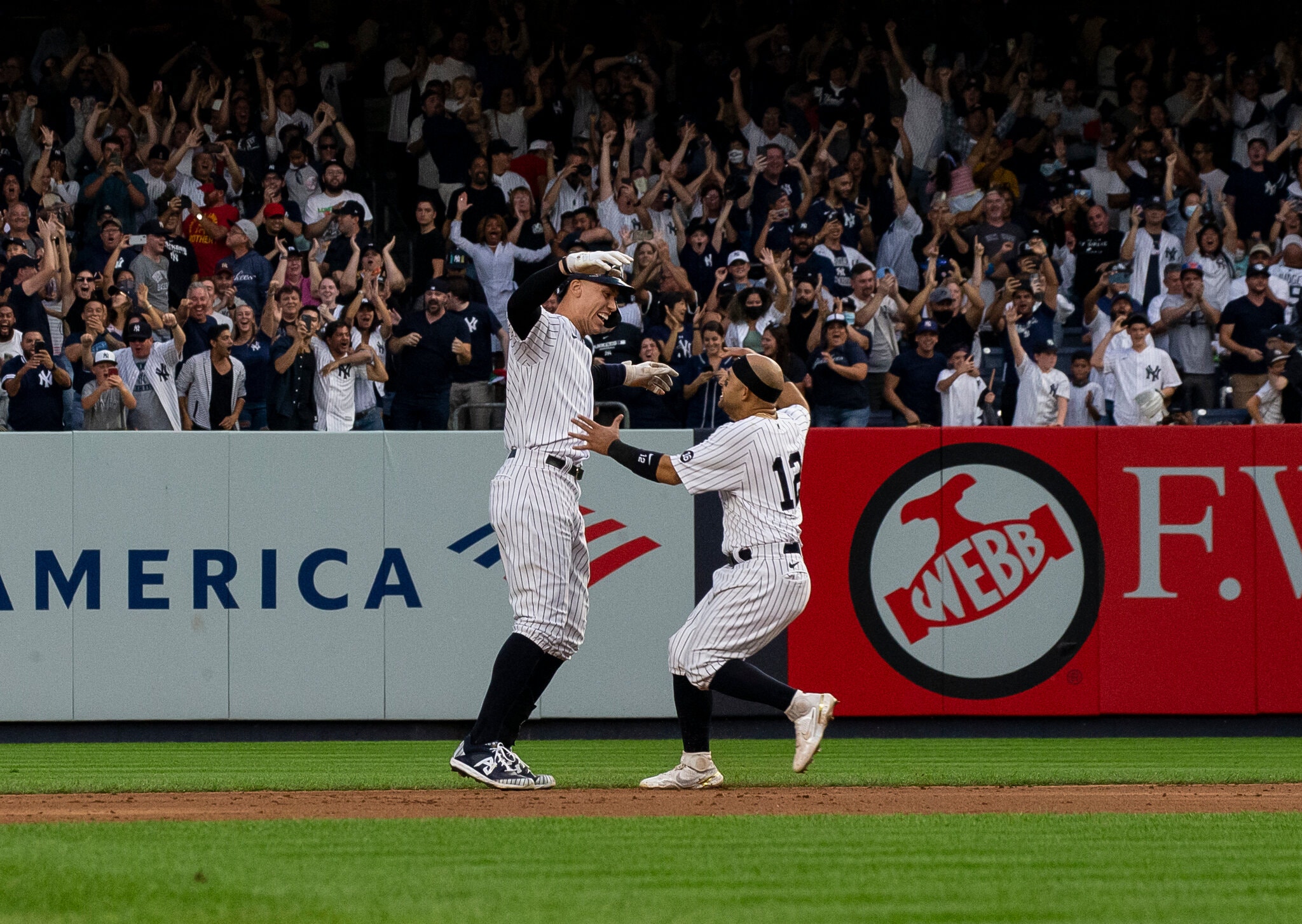 The Yankees have officially punched their ticket into the postseason. Aaron Judge connected for a walk-off single, breaking a scoreless tie as the Yankees defeated the Rays, 1-0, in a nerve-wracking regular season finale on Sunday afternoon at Yankee Stadium.

New York’s next assignment will be to put its playoff hopes on the line in the American League Wild Card Game, to be played on Tuesday. The Yanks finished with 92 regular-season wins, securing their fifth consecutive playoff berth (since 2017) and their 23rd trip to the postseason in the past 27 years (since 1995).

The Yankees will be playing the Red Sox in Boston on Tuesday in a straightforward Wild Card Game matchup.

Facing left-hander Josh Fleming, Rougned Odor started the ninth-inning rally with a single to center field. Pinch-runner Tyler Wade tagged up on a deep flyout, Anthony Rizzo singled and Judge greeted right-hander Andrew Kittredge with a liner that tipped off the pitcher, ending a battle in which each pitch dripped with importance and anxiety.

Gio Urshela’s daring sixth-inning catch electrified a Stadium crowd of 40,409, the shortstop tumbling into the visiting dugout at full speed after sprinting to catch Austin Meadows’ popup. Urshela remained down for several moments, then remarkably stayed in for two more innings.

Jameson Taillon started for New York and hurled 3 1/3 scoreless frames, one outing after the right-hander’s season seemed to be in jeopardy after sustaining a re-aggravation of the torn ligament in his right ankle. Taillon threw 45 pitches before the Yankees went to their bullpen game plan.

Loáisiga pitched around a leadoff single to Randy Arozarena in the eighth inning; Arozarena stole second and advanced on a flyout, but was pinned at third base. Chapman recovered from a Wendle walk and stolen base in the ninth.