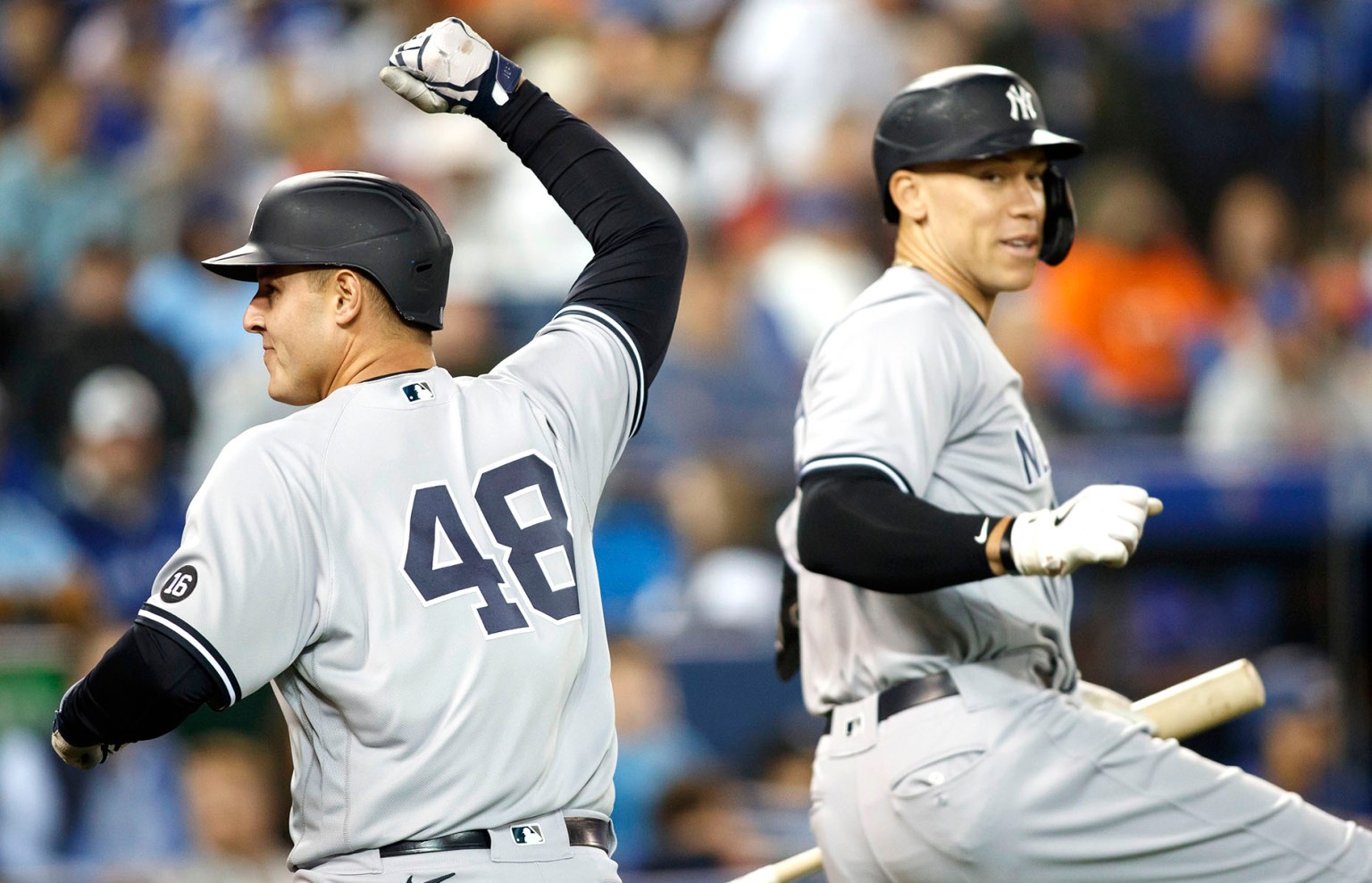 The Yankees managed only four hits against Blue Jays ace Robbie Ray, the front-runner for the American League Cy Young Award. Fortunately for them, they all left the ballpark.

Aaron Judge homered twice while Anthony Rizzo and Gleyber Torres also went deep off Ray and Brett Gardner added a shot off the Blue Jays’ bullpen as the Yankees created valuable distance in the American League Wild Card chase on Thursday evening, rallying for a 6-2 victory at Rogers Centre.

New York’s magic number to secure a playoff spot now sits at two. The Yankees (91-68) took two of three from the Blue Jays in the series, now holding a two-game advantage over the Red Sox (89-70) and Mariners (89-70) for the top Wild Card spot with three games remaining. Boston lost again to Baltimore, while Seattle was idle on Thursday. Toronto (88-71) is one game out of the second spot.

Judge followed with a go-ahead 441-foot blast, marking Judge’s sixth multi-homer game of the year and the eighth time that the Yanks have gone back-to-back. A walk to Giancarlo Stanton followed, and Torres chased Ray with a two-run shot to left field, Torres’ ninth long ball of 2021.

Corey Kluber started for New York, limiting the Jays to two runs and seven hits over 4 2/3 innings. Corey Dickerson connected for a run-scoring double in the second inning and Vladimir Guerrero Jr. muscled a double off the top of the center-field wall in the fifth, driving in a go-ahead run.