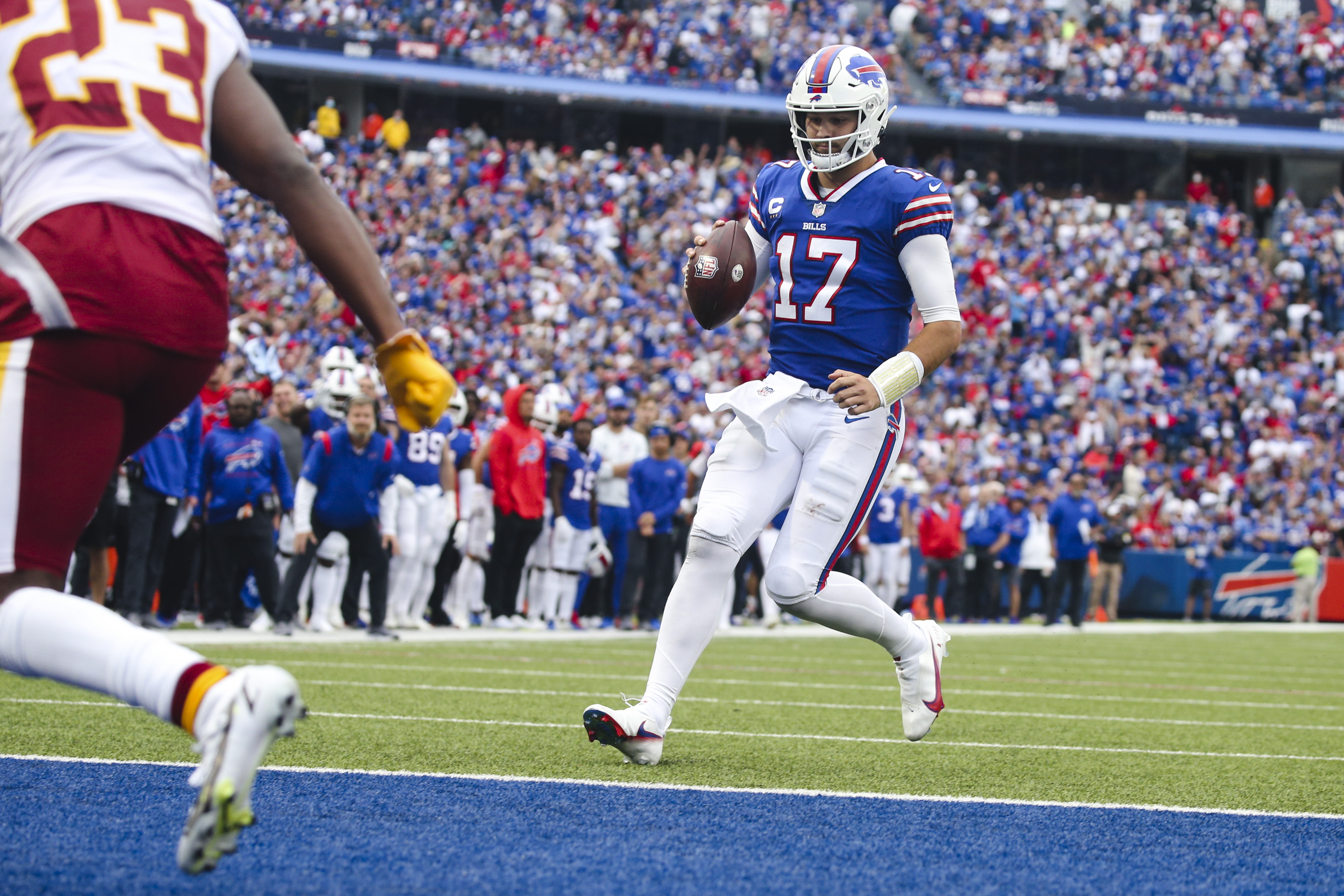 Bills quarterback Josh Allen has been named this week’s AFC Offensive Player of the Week thanks to his performance against the Washington Football Team.

Allen helped lead the Bills to an impressive 43-21 victory in Week 3. The QB went 32 of 43 (74.4%) for 358 yards and totaled five touchdowns.
Safety Micah Hyde, who had an interception against Washington, said the defense believed Allen could have a bounce back performance after his first two weeks to start the season.

“I think that we all have 100% confidence in Josh,” Hyde shared. “We preach it a lot in practice. He’s our guy. He’s the man. He’s our MVP. We all have confidence in him. So, when he says this week that he feels like he can play better, obviously it’s out there, we all know that.”

Allen’s 358 passing yards marked his ninth game with at least 300 passing yards. It was also his fifth game where he has thrown for at least four touchdowns and passed for at least 300 yards. Allen becomes the fifth player to post that stat line in his first four seasons joining Patrick Mahomes, Dan Marino, Andrew Luck and Kurt Warner.

This is the seventh time Allen has been named AFC Offensive Player of the Week and the first time he has earned it this season.