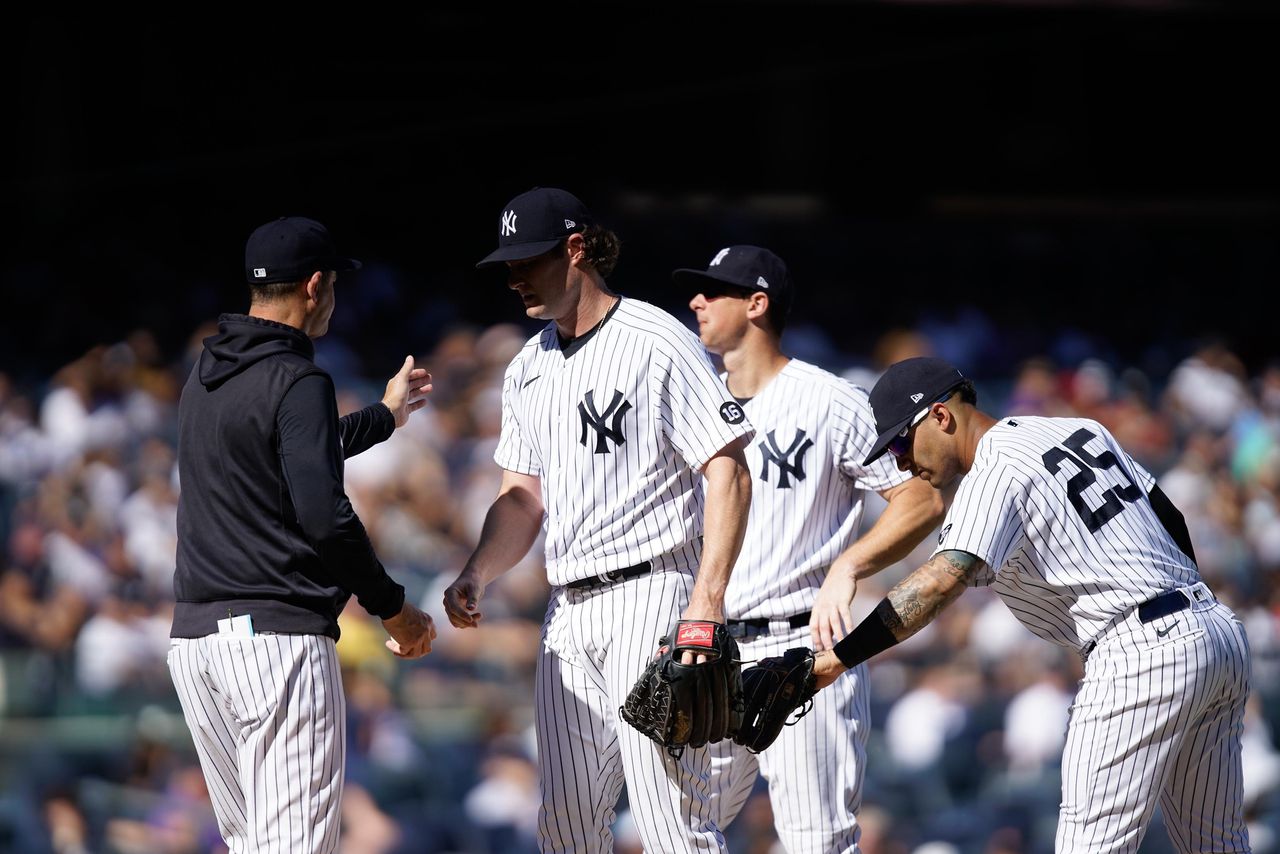 Gerrit Cole sat in Yankee Stadium’s home dugout on Sunday, his left palm pressed to a cheek and wearing a glum expression across his face. Late-afternoon shadows encroached upon the playing field, though the scoreboard offered an even more evident sign that it was getting late.

As the Yankees continue to approach each game as a must-win, Cole endured one of the most disappointing thumpings of his pinstriped career, knocked for seven runs and 10 hits in an 11-1 loss to the Indians that also dented his chances at the American League Cy Young Award.

New York lost ground in the American League Wild Card chase to the Red Sox and Blue Jays, who won their respective games. The Yanks are 2 1/2 games behind Boston and 1 1/2 games behind Toronto.

Gio Urshela’s third-inning solo homer proved to be all the Yankees could muster against right-hander Eli Morgan, who scattered six hits over six innings. The Yankees have lost 15 of 22 games since their 13-game winning streak last month.

Roberto Pérez laced a run-scoring single in Cleveland’s three-run third inning. José Ramírez tagged Cole for a solo homer in the fifth and Pérez launched a drive into the left-field bullpen in the sixth. Cole walked one and struck out seven over 5 2/3 innings, hitting a batter.