Yankees fall to Orioles in extras 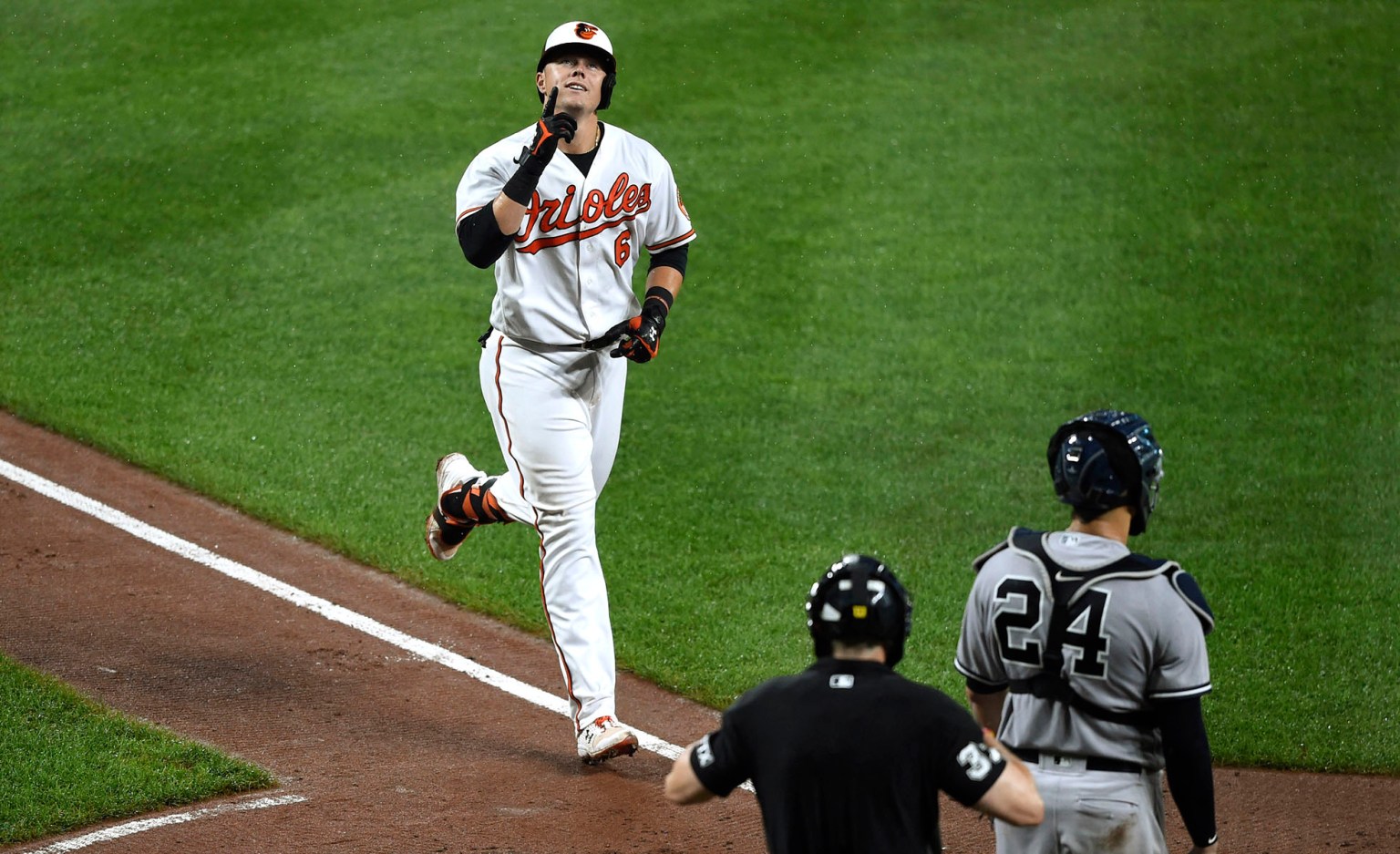 As the postseason nears, Yankees manager Aaron Boone is scoreboard watching. It’s impossible not to as the visiting team at Oriole Park, with the out-of-town scoreboard prominently displayed on the right-field wall across from the visitors’ dugout.

Though Boone admits he’s done it “as much in April or May as right now,” odds are that his eyes (and those of his players) are glancing at the scoreboard more frequently with the Yankees battling for a spot come October with just 15 games to go.

So when New York took the field Thursday evening, tied with Boston and Toronto for one of only two AL Wild Card spots — and with the chance to sweep Baltimore in its own ballpark — there was a lot on the line.

Their battle against the bottom-of-the-division (and league) Orioles highlighted one hurdle the Yankees desperately need to overcome as the postseason nears: run support.

New York had its chances to change that, including in the top of the fifth inning when Joey Gallo — who put the Yankees on the board in the second with a solo homer — took a ball for a ride but ultimately flied out to center field with the bases loaded to end the frame. That flyout came back to bite the offense in the ninth, when the O’s plated the game-tying run on a single and a pair of wild pitches to send the game to extras. An Austin Hays walk-off single in the 10th gave the Orioles the win.

“We had a lot of good at-bats and didn’t have a lot to show for it,” Boone said. “It was a really good at-bat by Gallo there that was almost a grand slam. … [A] little bit of tough luck there early, but we’ve got to find ways to add on. We’ve got to find a way to put teams away when we have a chance.”

New York stranded seven runners on the bases while Montgomery shoved on the mound. The southpaw set a career high in strikeouts, recording 12 K’s over 5 2/3 innings while allowing one run (a solo homer) on six hits and one walk.

Montgomery’s arsenal was firing on all cylinders. He relied on his cutter (28%), changeup (27%) and four-seam fastball (23.%) for the majority of his pitches. Though his go-to fastball is typically his sinker, which he used 16 times Thursday, Montgomery found a groove with his four-seamer. Boone was impressed with the southpaw’s command, which was key in his ability to effectively utilize pitches.

“I didn’t try and overthrow anything tonight,” Montgomery said. “I was pretty happy just with the smoothness, kind of found a good tempo and tunneled my pitches pretty well today. Set up my heater up and in and kept them away from looking out over at my curveball and changeup, and then used my best pitches to put them away.”

Playing his fastballs (both varieties) off his offspeed pitches is how Montgomery found strikeout success against Baltimore. His curveball had a 57% whiff rate, to go with a 59% rate on his changeup — higher than his season average (43.3% on his changeup and 38.4% on his curve).

“He was really sharp right from the get-go,” Boone said. “The stuff was coming out really well. … He kind of had everything going tonight, and I felt like he did a really good job of dictating counts and getting out ahead.

“[His] command, coupled with his overall stuff and having all his pitches working, it was pretty strong.”

But regardless of their strong starting pitching, the Yankees need to put up runs if they want to contend in the postseason. Their plus-33 run differential is the lowest among Major League teams with at least 80 wins. Though it means the team has success without huge leads, it could spell trouble in the postseason, especially with the one-and-done Wild Card game as the Yanks’ likely entry point.

“They all sting. We’ve had a lot that have stung a lot at different times over the course of this year,” Boone said. “This is one that obviously falls into that category, but we’ve got to get over it. We’ve got too important of a game tomorrow.”