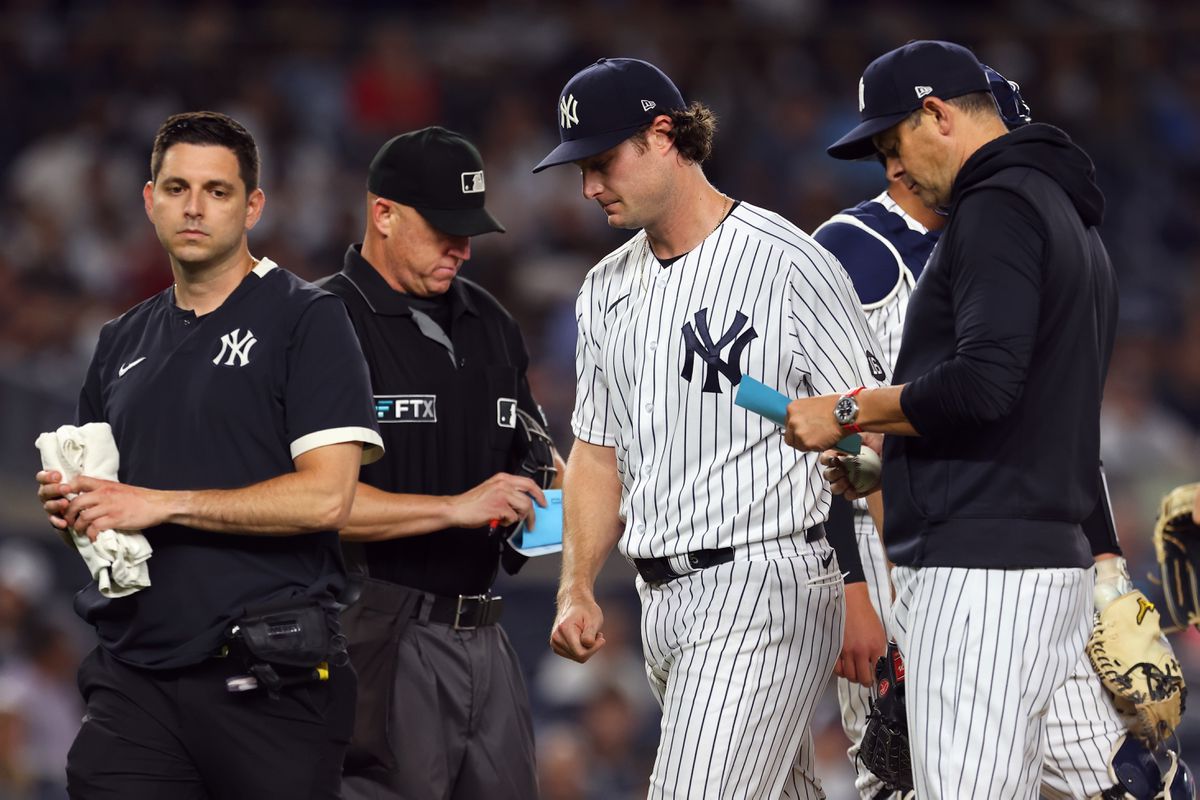 As they fight to try to make it to the postseason, the Yankees don’t need any more injuries to their pitching staff, but it happened Tuesday night during their 5-1 loss to the Blue Jays at Yankee Stadium.

Ace right-hander Gerrit Cole left the game in the top of the fourth inning with left hamstring tightness.

With the Yankees down, 2-1, to the Blue Jays, Reese McGuire hit a sacrifice fly to score Alejandro Kirk. After Kirk scored, Cole pointed toward the Yanks’ dugout to signal something was wrong. Manager Aaron Boone and the training staff went to the mound, and after a brief discussion, Cole left the game and was replaced by right-hander Albert Abreu.

Cole was having problems from the start, as he had a tough time throwing his breaking pitches for strikes. He found himself behind, 1-0, in the second inning on a solo home run by Kirk, who went deep again in the eighth. Cole then allowed the next two runs on sacrifice flies in the fourth.

The Yankees had another lackluster showing on offense against the Blue Jays. Main power hitters Aaron Judge, Anthony Rizzo and Giancarlo Stanton went a combined 3-for-12 with one RBI.

This time, they faced left-hander Steven Matz, who allowed one run in his six innings on the mound. That run was scored in the third inning when Andrew Velazquez came home on a single by Rizzo.