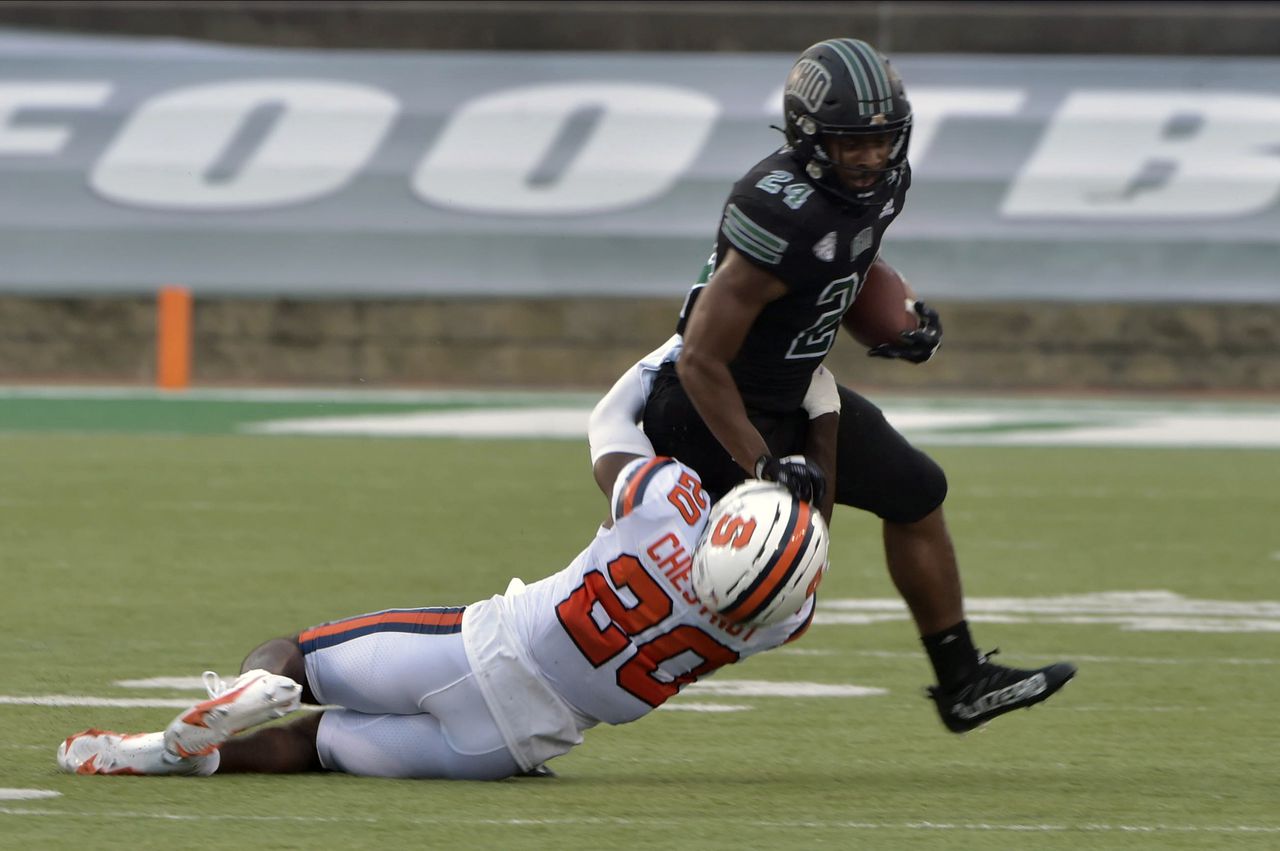 Freshman defensive back Darian Chestnut is the ACC co-Rookie of the Week after his electrifying debut.

The true freshman out of Camden, New Jersey made eight tackles, including a team-best five solo stops, had one pass breakup, 0.5 tackles for loss and made his first collegiate interception in the Orange’s 29-9 victory over Ohio. He graded out as the nation’s best freshman defensive player in week one according to Pro Football Focus.

Chestnut became just the third Syracuse true freshman defensive back to start the season opener for the Orange in over 35 years, joining Markus Paul (1985) and Andre Cisco (2018). He helped an Orange defensive unit that held the Bobcats without a touchdown and scored a safety on their own to seal a season-opening road victory.

He shared rookie of the week honors with Wake Forest’s Jasheen Davis.