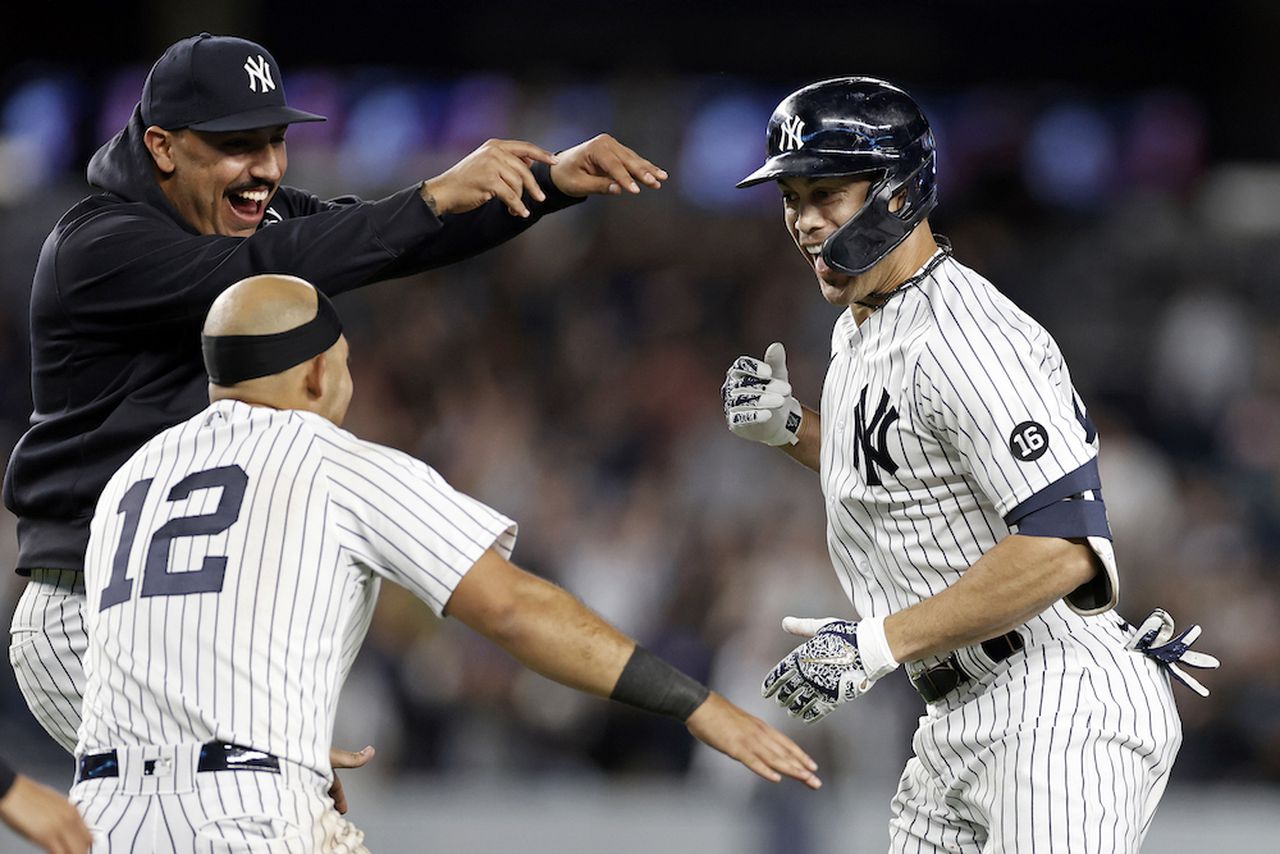 Not exactly by design, this Yankees team has had ample experience playing tightly contested games. No American League club has played in more games decided by two runs or fewer this season than their 76, and depending on your viewpoint, that could be a blessing or a curse as New York eyes the postseason.

After scuffling for nine innings against the league’s weakest pitching staff and seeing Wandy Peralta surrender a tiebreaking hit, DJ LeMahieu stroked a game-tying RBI single in the 10th inning and Giancarlo Stanton delivered the game-winning RBI single in the 11th, lifting the Bombers to a 4-3 victory over the Orioles on Friday evening at Yankee Stadium. Stanton’s single had a 121.1 mph exit velocity, making it the hardest-hit batted ball for a walk-off tracked by Statcast (since 2015).

Until extra innings, the Bombers were limited to a pair of runs, both coming against starter John Means. Stanton connected in the fourth inning for a solo home run, his 26th long ball of the year, and LeMahieu lifted a sacrifice fly in the fifth inning. Stanton has four homers and 14 RBIs in 11 games against the Orioles this season.

Nestor Cortes Jr. has been one of the breakout surprises of this season, and the deceptive left-hander provided another strong effort, missing barrels to permit one run on four hits over 5 1/3 innings. Cortes proceeded scorelessly into the sixth, striking out seven with two walks before being chased by Trey Mancini’s home run to left field.

With the bats stalled and manager Aaron Boone looking for 10 outs from his bullpen, Jonathan Loaisiga surrendered a game-tying solo home run to former Yankees prospect Jorge Mateo in the seventh inning. Mateo was one of the pieces moved by the Yanks to the Athletics in the July 2017 trade for right-hander Sonny Gray.

Friday opened a stretch of 20 consecutive games without an off-day for the Yankees, who will play 17 of those contests within New York City. None of those 20 games is against teams currently holding a postseason spot, including the last-place Orioles, whom they will see five more times within that span.