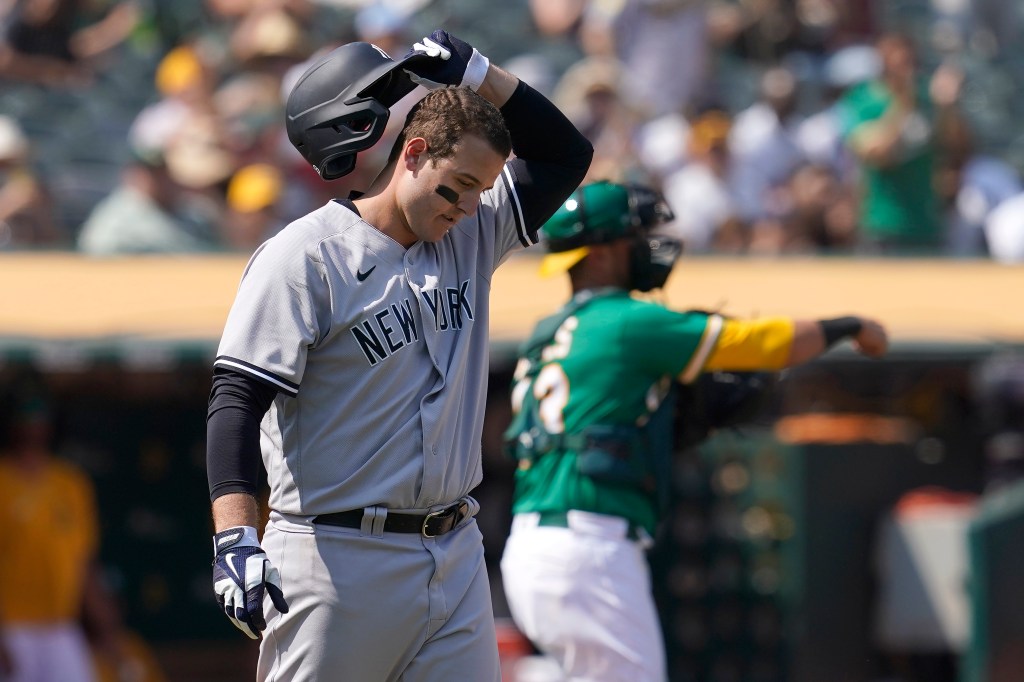 Over the course of the franchise’s longest hot streak in 60 years, Aaron Judge said that the Yankees learned to “go out there expecting to win every single game.” For the first time in more than two weeks, they did not shake hands in victory on Saturday, snapping their remarkable winning run at 13 games.

Nestor Cortes Jr. was peppered for three runs, including a Matt Chapman homer and a contested balk that forced in a run, and the Yankees’ thunderous bats went silent against Frankie Montas in a 3-2 loss to the A’s at the Oakland Coliseum. It was the Yanks’ first loss since the Aug. 12 Field of Dreams Game against the White Sox in Dyersville, Iowa.

The Yankees’ winning streak matched a 13-game run from Sept. 1-12, 1961, when Mickey Mantle, Roger Maris and Yogi Berra comprised the heart of the batting order. The Bombers outscored opponents by a 75-35 margin over the span, equaling the A’s (April 9-24) for the longest winning streak in the Majors this season.

New York had hit at least three homers in each of its last three games, but Montas held the Yankees in check. The right-hander permitted only two hits — both to Judge — and a walk through seven scoreless innings. Judge crushed a two-run homer, his 29th of the season, off Sergio Romo in the ninth inning.