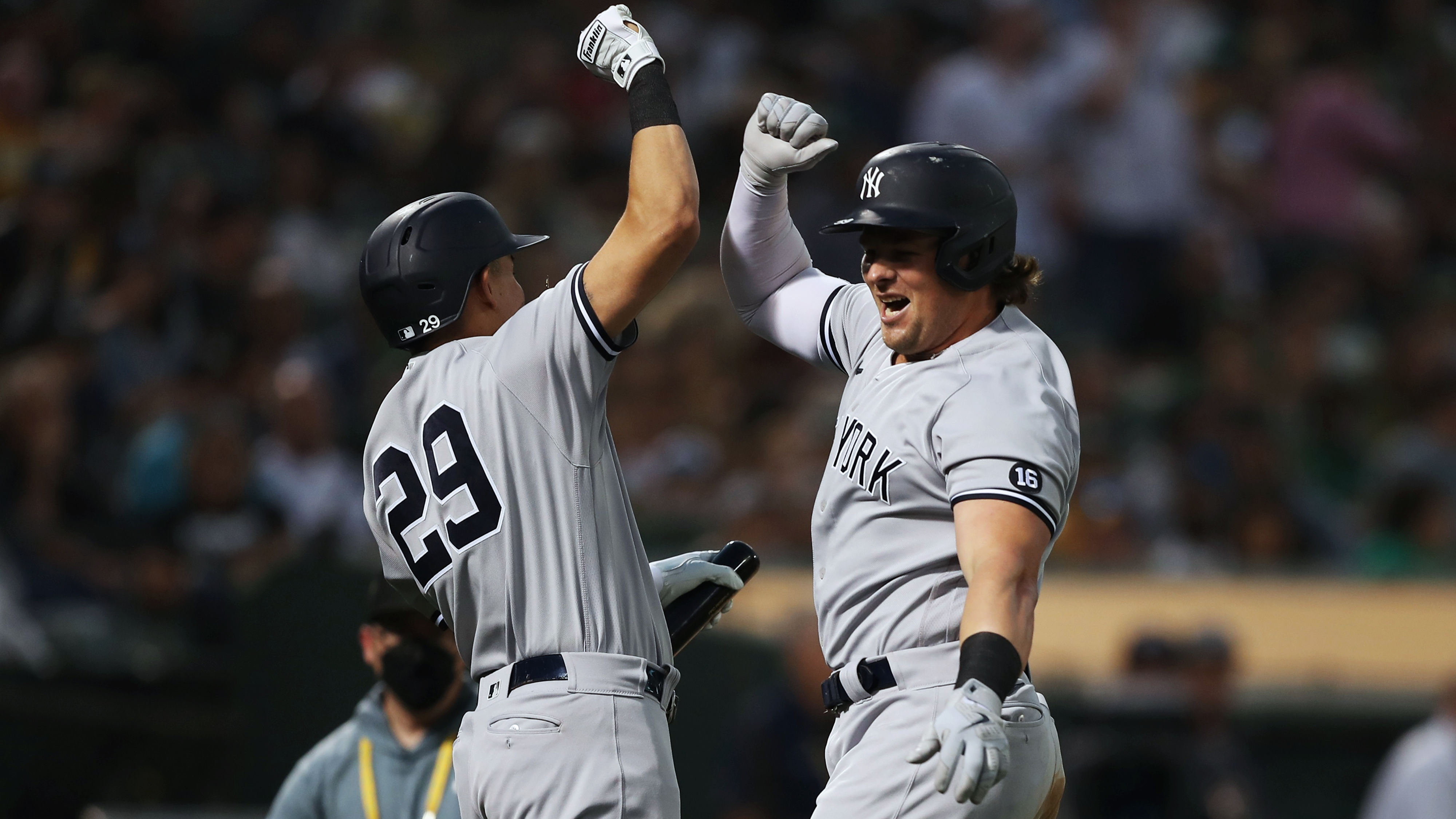 The Yankees’ incredible late-summer surge shows no signs of slowing. Giancarlo Stanton, Luke Voit, Aaron Judge and Kyle Higashioka all homered to power a 13th consecutive victory on Friday night, equaling the longest winning streak in the Majors this season.

Stanton homered for a fourth straight game — a 472-foot blast that marked the longest hit by a Yankee this year — and Judge crushed a three-run homer to chase starter Sean Manaea as the Yanks rolled to an 8-2 victory over the A’s at the Oakland Coliseum.

The barrage helped equal the longest winning streak by a Yankees team in the past 60 years, matching a feat achieved by the Mickey Mantle- and Roger Maris-led squad from Sept. 1-12, 1961. It also boosted right-hander Gerrit Cole to his 13th win of the season, as he became the first American League pitcher to reach the mark this season.

Scattering six hits over six scoreless innings, Cole finished his evening with a flourish, striking out the side in his final frame. His last punchout was his ninth of the outing and his 200th of the season.