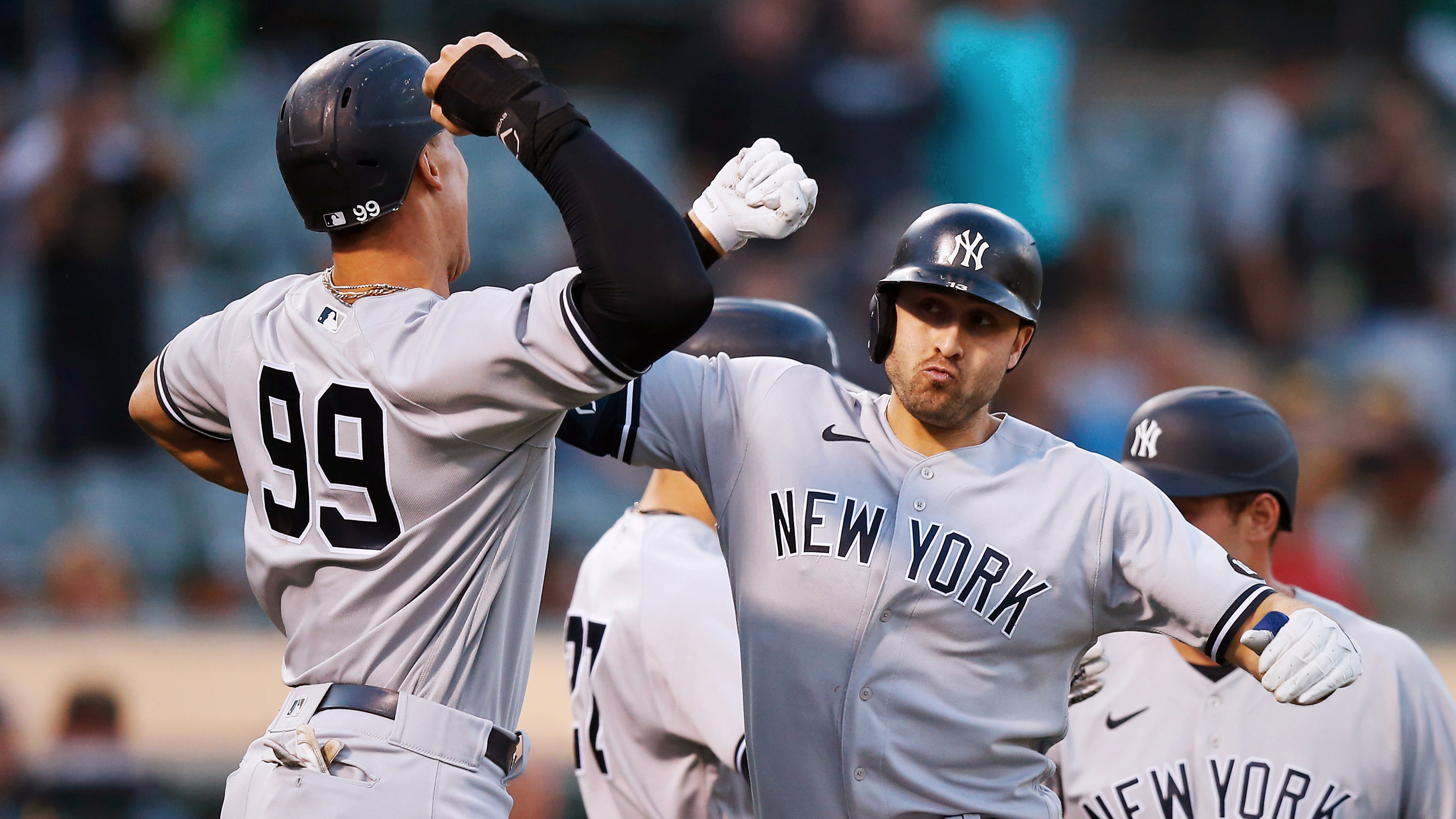 Aaron Judge connected for a tiebreaking bloop single in the ninth inning on Thursday, helping to push the Yankees’ winning streak to 12 games with a 7-6 victory over the Athletics at the Oakland Coliseum.

Judge’s opposite-field hit off Lou Trivino came after Anthony Rizzo worked a two-out walk and yielded to pinch-runner Tyler Wade, who stole second and advanced to third base on a throwing error by catcher Sean Murphy.

The Yankees rallied to enjoy their first 12-game winning streak since September 1961 after having surged to a 6-0 lead by the top of the third inning, powered by a trio of home runs off A’s starter James Kaprielian.

Yankees manager Aaron Boone was ejected in the second by home-plate umpire Todd Tichenor, having argued a questionable third strike to Joey Gallo. With Boone watching from the clubhouse, Giancarlo Stanton and Brett Gardner launched solo home runs in the inning.

Gallo connected for a towering three-run shot in the third, and Rizzo had a run-scoring double to pad the advantage for right-hander Jameson Taillon.

One of the Yanks’ most consistent starters of late, Taillon was unable to make the lead hold.

Matt Chapman and Murphy touched Taillon for back-to-back home runs in the third. Then Taillon’s command evaporated in the fourth, as he issued three walks — including a bases-loaded free pass to Chapman — and a two-run single to Elvis Andrus with two outs and two strikes.

Josh Harrison launched a solo home run off right-hander Albert Abreu in the fifth inning that erased the last remnants of the Yanks’ early advantage. Abreu, Clay Holmes and Jonathan Loaisiga pitched well in relief to hold the A’s there.