Is a Universal Basic Income program coming to the U.S. soon? How does UBI work?

How does universal basic income work? Will the United States eventually need a Universal Basic Income program? The coronavirus pandemic has made personal financial security difficult, and a simple program could fix that.

Last week Tesla CEO Elon Musk got behind the Universal Basic Income movement because of the rise of technology. Specifically, the rise of Artificial Intelligence and automation, which has been at play in labor markets across industries for decades. It was a concept floated by presidential candidates in the 2020 election, but was not formally backed by President Joe Biden, a Democrat.

Musk’s company is working on what’s been referred to as a ‘Tesla Bot’. Musk said during a presentation that the bot would do dangerous, repetitive, and boring tasks so humans don’t have to. Musk argued that it’s this kind of innovation that will mean the necessity of Universal Basic Income.

“Essentially, in the future, physical work will be a choice,” Musk said during the presentation. “This is why I think long term there will need to be a universal basic income.”

RELATED: The robot that Tesla is working to take jobs (Insider)

Universal Basic Income is exactly what it sounds like. A government program whereby every American citizen would receive a set amount of money on a regular basis. The goal is to alleviate poverty and eliminate the need for other social programs. While many view this as a more socialized extreme than what presently exists in the U.S., it would be less bureaucratic and require less facilitation to make Universal Basic Income happen.

The concept itself isn’t new. It’s been around for centuries- and right now, the U.S. economy is propped up on a form of selective, corporate UBI. For example, when a business wants to expand, communities hand out tax breaks and other incentives to compete for that business. While there are benefits, it’s a form of income being granted to a business. There are the more obvious examples, like unemployment insurance, which recipients are paid despite not working for a paycheck.

In the U.S. such a program has been politically difficult, especially among lawmakers in Congress, who politicize an existing and growing income gap between low wage workers and the top- percentile of earners. 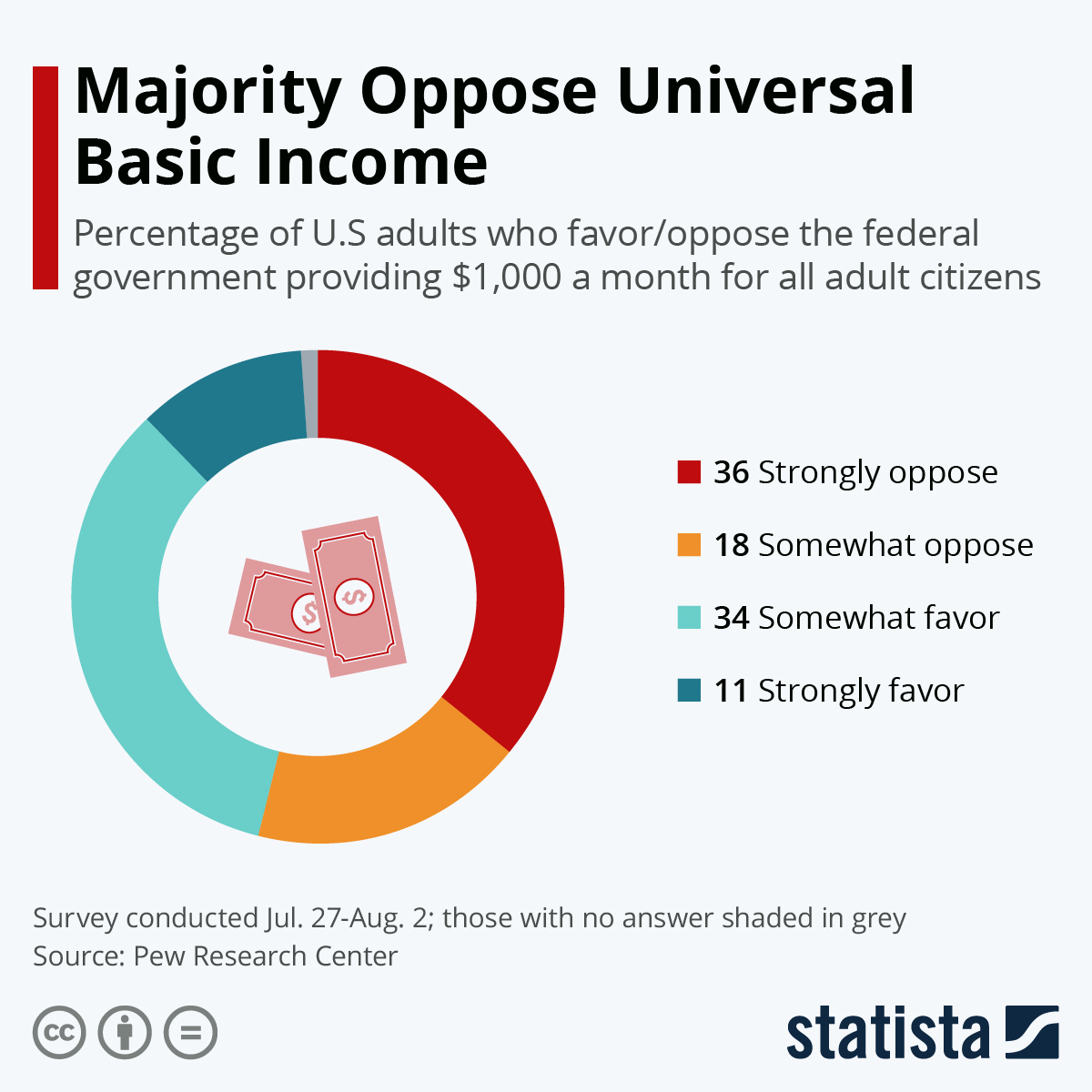