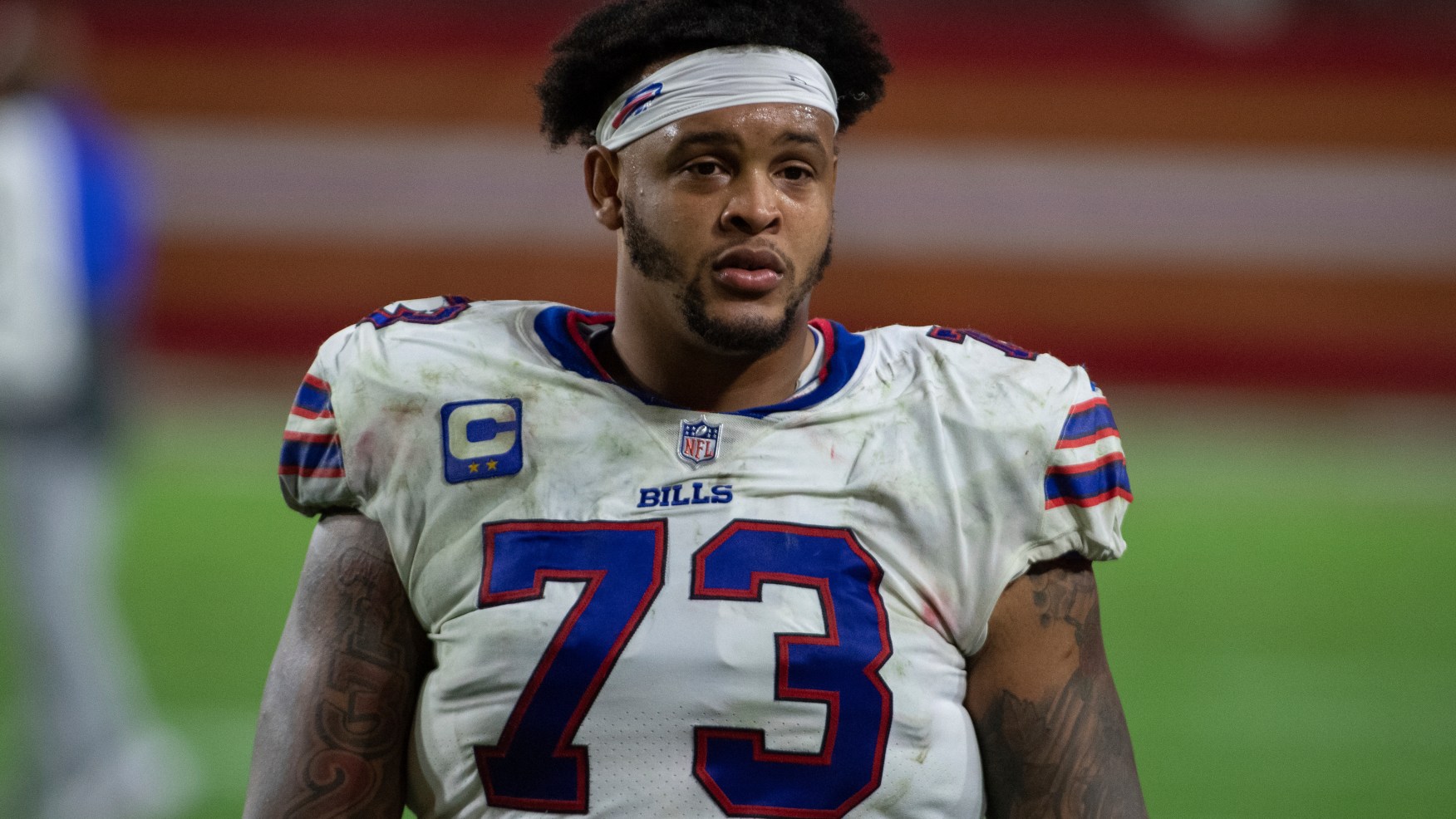 COVID-19 does not discriminate, it can affect even the most healthy and active people. Bills left tackle Dion Dawkins found that out the hard way.

Dawkins was in the hospital for four days while battling Covid and experienced some of the worst symptoms of the virus.

The Bills opened training camp on July 28 and Dawkins was on the NFL’s Reserve/COVID list until last Thursday when the Bills activated him. He did not play in Friday’s preseason opener in Detroit but has returned to practice as he’s started working his way back.

“I’m still tired in practice and I’m like we just went through warm ups and like can I get a water? But that’s all a part of it. I took a hit and now it’s time for me to get back and I’m just glad I’m that back,” Dawkins said.

Dawkins opened up about his fight with coronavirus on Tuesday. When he tested positive, Dawkins had already received both doses of the vaccine but was just shy of being fully vaccinated.

“I was in the two week window [of being fully vaccinated], almost fully done. I was like a day or two short and then it hit.”

The reason Dawkins decided to eventually get the vaccinate was because of his family. In February, Dawkins’ son Dil was born premature and that pushed him to get the shots.

“I was just thinking about my family that if I got Covid, I could potentially harm him because it attacks the lungs and I just wanted to make sure my family was protected and also I guess do what was right for myself and for this team,” Dawkins said.

Thankfully, Dil is doing well and is “on the up and up” as Dawkins said.

Dion Dawkins was very open and honest about battling COVID-19 and being in the hospital for four days.

Dion Dawkins was very open and honest about battling Covid-19 and being in the hospital for four days.

"I was extremely emotion…There was moments that I was like I don't know if I'm gonna make this. I was down bad, I was down bad where I could barely move."@news4buffalo pic.twitter.com/ypAZ2oFXea

And his message is simple:

“Whatever you’re comfortable doing, do it. But just do your research and just try to think about others.”

It’s not just the physical toll the virus had on Dawkins, but mentally it was a huge battle as well, taking his mind to places he has never been.

“I was down bad, I was down bad where I could barely move and I was just hurting. But you keep pushing. God has a way of doing stuff and making things happen in your life so you can snap back and realize life could be over before you know it.”