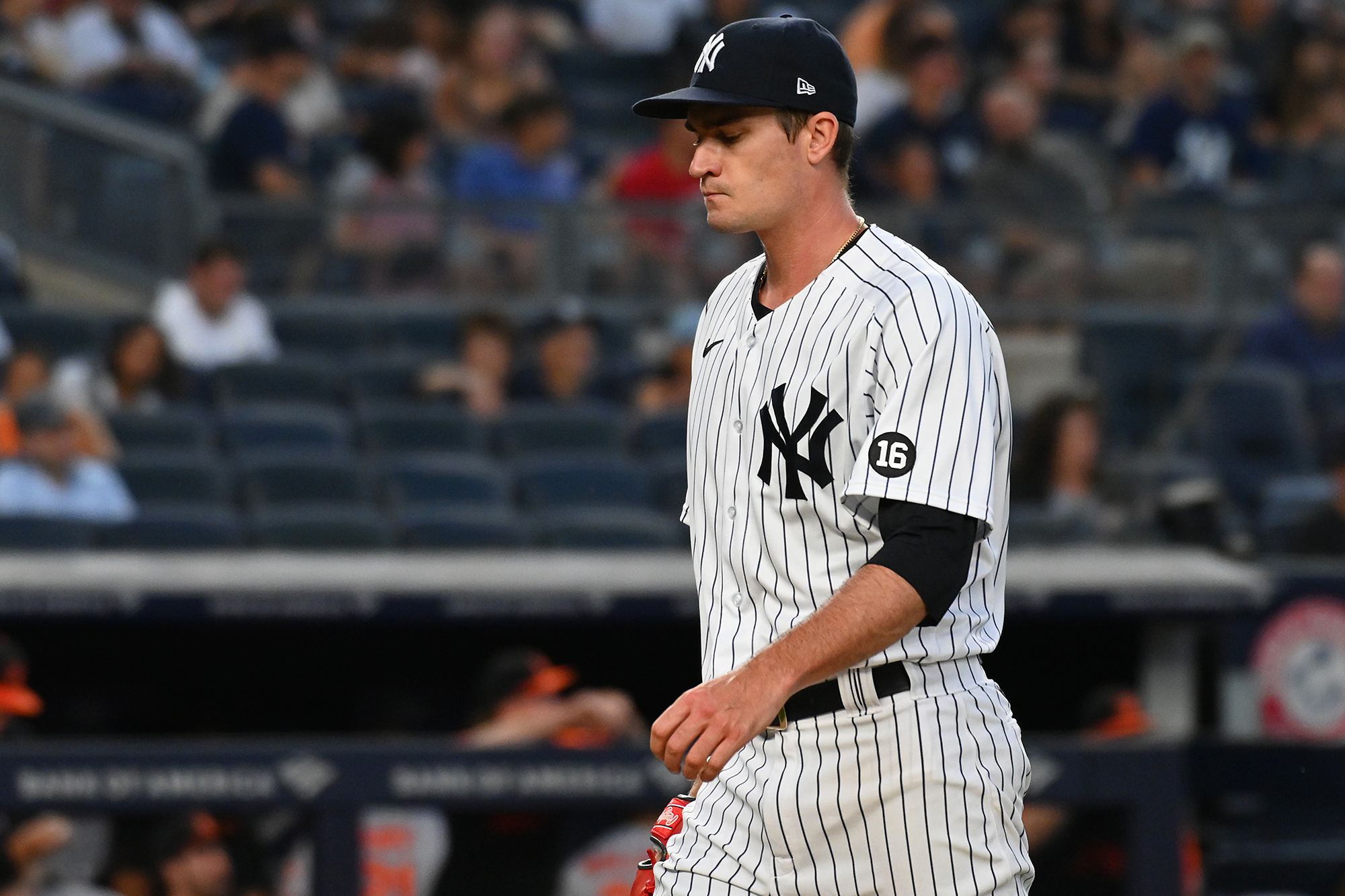 It was a bad night all around for the Yankees on Monday at Yankee Stadium. Left-hander Andrew Heaney pitched his first game as a member of the team, and it was an outing he would like to forget.

To make matters worse, New York had problems with right-hander Jorge López, who led the Orioles past the Yankees, 7-1. Heaney lasted only four innings, leaving the ball over the middle plate too often as the O’s played home run derby, starting in the third inning.

Heaney was able to get two quick outs that inning, but then Cedric Mullins hit a foul ball down the left-field line. It looked like third baseman Rougned Odor had a chance to make the catch, but it dropped foul between Odor and left fielder Joey Gallo.

The Orioles then made the Yankees pay, with Mullins and Austin Hays hitting back-to-back home runs to give Baltimore a 2-0 lead.

An inning later, the Orioles stretched it to a 4-0 lead, thanks to home runs by Ryan Mountcastle and Ramón Urías. Heaney is the first pitcher in Yankees history to allow four homers in his debut with the team.

López, on the other hand, held the Yankees to one hit in six innings. He flirted with a no-hitter for five innings, although he had control problems in those frames, walking five batters and including a hit-by-pitch. In fact, he didn’t allow any hits in the fifth inning, when Anthony Rizzo hit a sacrifice fly that scored Gleyber Torres, who walked to start the frame.

Not even a loose cat in left field in the eighth inning could rally the Yankees, who went 0-for-11 with runners in scoring position and stranded nine men on base.