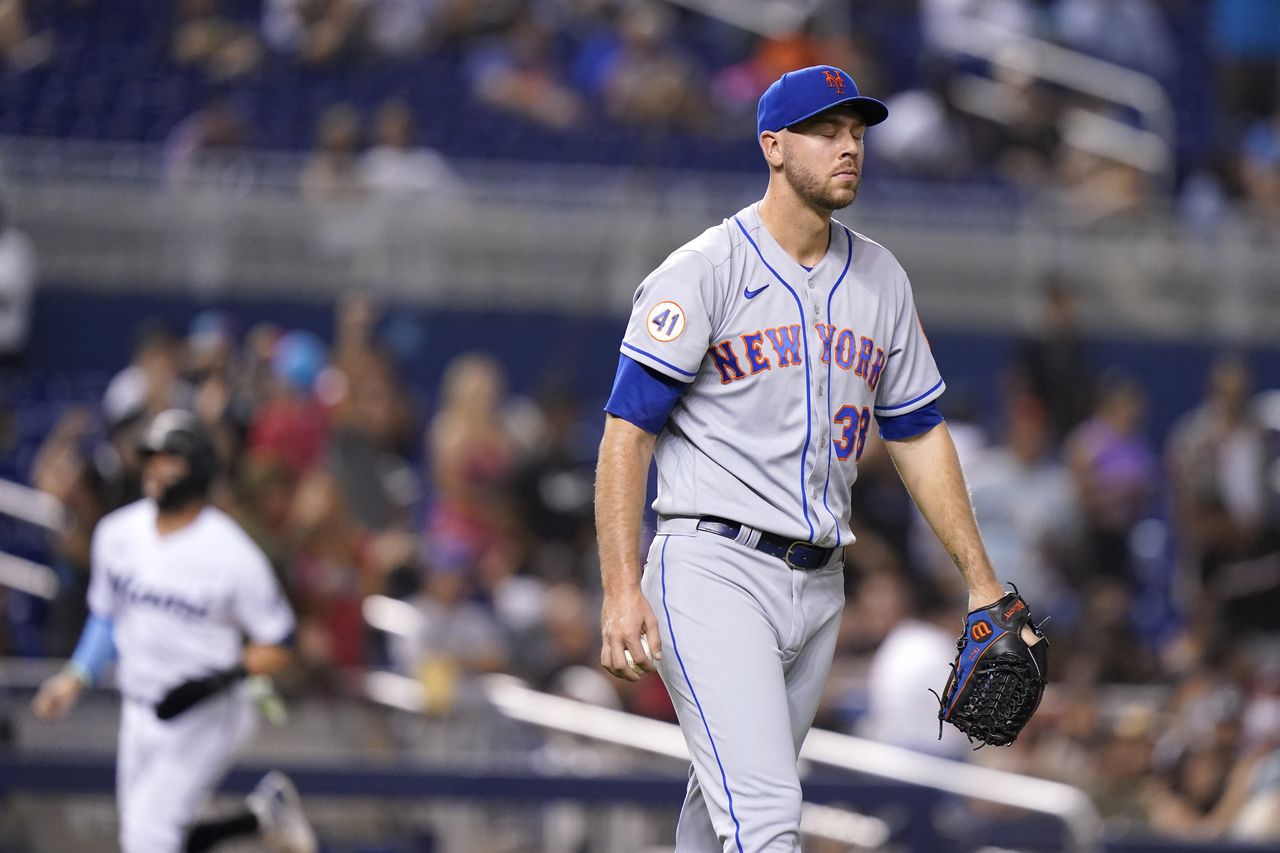 Less than 10 minutes before Monday’s scheduled first pitch in Miami, the Mets scratched outfielder Brandon Nimmo due to continued right hamstring soreness. In the third inning, Javier Báez stumbled down the line as he attempted to beat out an infield grounder, adding yet another injury scare to New York’s list of concerns.

These are not isolated incidents, but a theme — perhaps the dominant one of the 2021 Mets season. Their hopes of moving past their litany of injuries, which have wreaked havoc on the roster, seemed remote as they dropped a 6-3 game to the Marlins for their fourth loss in five games.

To qualify for the postseason regardless, the Mets will simply have to battle through them.

At least the injuries to Nimmo and Báez seem unlikely to cost them much — if any — additional time. Nimmo wound up appearing as a pinch-hitter in the seventh inning of the game, grounding out in his only plate appearance. Báez stayed in for the entire thing, finishing 1-for-3 with a walk and a run scored, and even beating out an infield hit in the eighth. But those bits of good news have been more of the exception than the norm, as the Mets have struggled to keep their lineup and pitching staff consistent with so many names flying on and off the injury report.

It has forced others to step in with regularity, such as rookie Tylor Megill, who might not have even debuted this season had the Mets suffered fewer aches and pains. The rookie replacement endured his first poor start as a big leaguer at loanDepot park, allowing a grand slam to Lewis Brinson before recording an out. Although Megill recovered to give up just one additional run in five innings, the Mets’ shorthanded lineup could not complete a comeback.