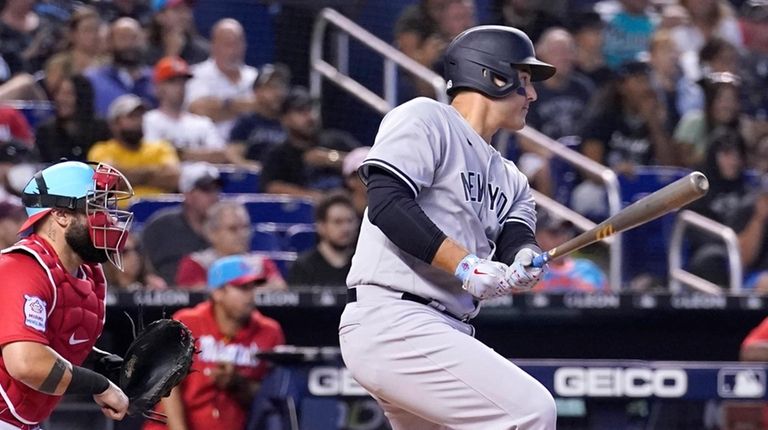 Thanks to Anthony Rizzo, the Yankees came alive in the eighth inning and edged the Marlins, 3-1, at loanDepot park on Sunday afternoon.

It was a game that saw Marlins right-hander Sandy Alcantara dominate New York for seven innings. They struck out 10 times and collected two hits. When he left the game, Miami was up, 1-0.

But the Marlins’ bullpen came in and the Yankees took advantage. With a runner on first and reliever Anthony Bass on the mound, pinch-hitter Giancarlo Stanton hit what looked like a double-play grounder to third baseman Brian Anderson, who bobbled the ball and threw it away to put runners on first and third with one out.

The Marlins then decided to put in left-hander Richard Bleier to face Rizzo, who had a .348 batting average against lefties entering Sunday’s action. Rizzo ended up winning the battle when he singled to left field to bring home Brett Gardner. Aaron Judge followed with a single to left field, sending Stanton home to put New York ahead.

The Marlins’ defense did them in again an inning later. Two errors by second baseman Jazz Chisolm Jr. allowed Gleyber Torres to score the third run for New York.