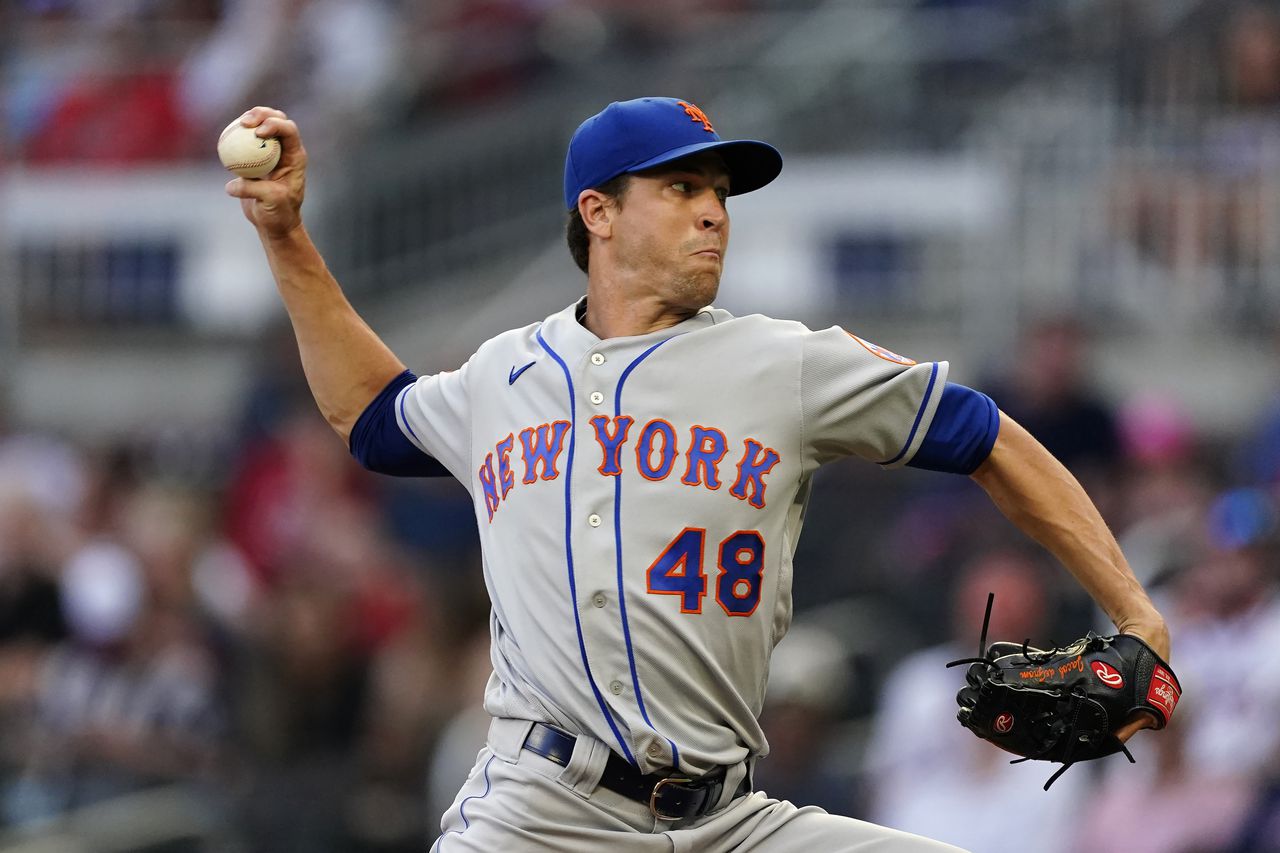 The Mets will be without their ace for at least another month.

Jacob deGrom experienced additional inflammation in his right elbow after throwing a bullpen session on Thursday — a light session in which he let loose toward the end to test his arm, reaching around 98 mph with his fastball, according to a person briefed on the session. The Mets plan to shut deGrom down for two weeks before beginning his ramp-up process again. That will require at least another two weeks and possibly more, making September the best-case return target for deGrom.

“I don’t know right now,” manager Luis Rojas said when asked what deGrom might be able to contribute this season. “It’s uncertain.”

The setback comes just as deGrom was ramping up for a possible return. As recently as Wednesday, team officials were discussing having deGrom begin a Minor League rehab assignment this weekend. But when deGrom felt abnormal soreness following his bullpen session, the Mets sent him for an MRI, which revealed additional inflammation without any structural damage. That prompted the team to shut down deGrom, who normally prefers to play catch every day.

“Right now, we’ve just got to focus on that, the two weeks, to see if everything heals,” Rojas said. “To hear it today, it is concerning. We thought everything was progressing OK.”

So continues a frustrating season for deGrom, who has already missed time due to lat, shoulder and elbow issues. His latest discomfort surfaced earlier this month, when deGrom complained of forearm tightness during a bullpen session coming out of the All-Star break. The Mets subsequently placed deGrom on the injured list for the second time this season. They believe his elbow soreness is related to the forearm pain.

When healthy, deGrom has given the Mets one of the most dominant stat lines of his career, with a 1.08 ERA in 15 starts. But he has struggled to remain healthy throughout the season despite not suffering any major injuries or structural damage. deGrom’s latest injury will likely destroy any remaining chance he had to win a third National League Cy Young Award, as he will finish well behind the league leaders in key statistical categories such as innings and strikeouts.

More important is the effect on the team. In deGrom’s absence, the Mets will continue to rely on a rotation of Marcus Stroman, Carlos Carrasco, Taijuan Walker, Rich Hill and Tylor Megill. The Mets acquired another starter, Trevor Williams, from the Cubs before Friday’s Trade Deadline and subsequently optioned him to Triple-A Syracuse, but they feature little depth beyond that group. Joey Lucchesi is done for the year due to Tommy John surgery, and David Peterson could also be finished due to an operation to repair a fractured foot. The Mets don’t know what sort of contribution they will receive from Noah Syndergaard, who hasn’t pitched since his own Tommy John operation in March 2020, but they can hardly rely on significant innings from him.

Although the Mets could have fortified their rotation prior to Friday’s Trade Deadline, they added only Williams after balking at the prices of other starters such as José Berríos and Kyle Gibson. It was not until about two hours before the Deadline that they received deGrom’s updated prognosis, leaving little time for them to react.

“We definitely tried and explored a lot of different things,” general manager Zack Scott said. “We just didn’t match up on anything.”