Yankees get clobbered by Rays, 14-0 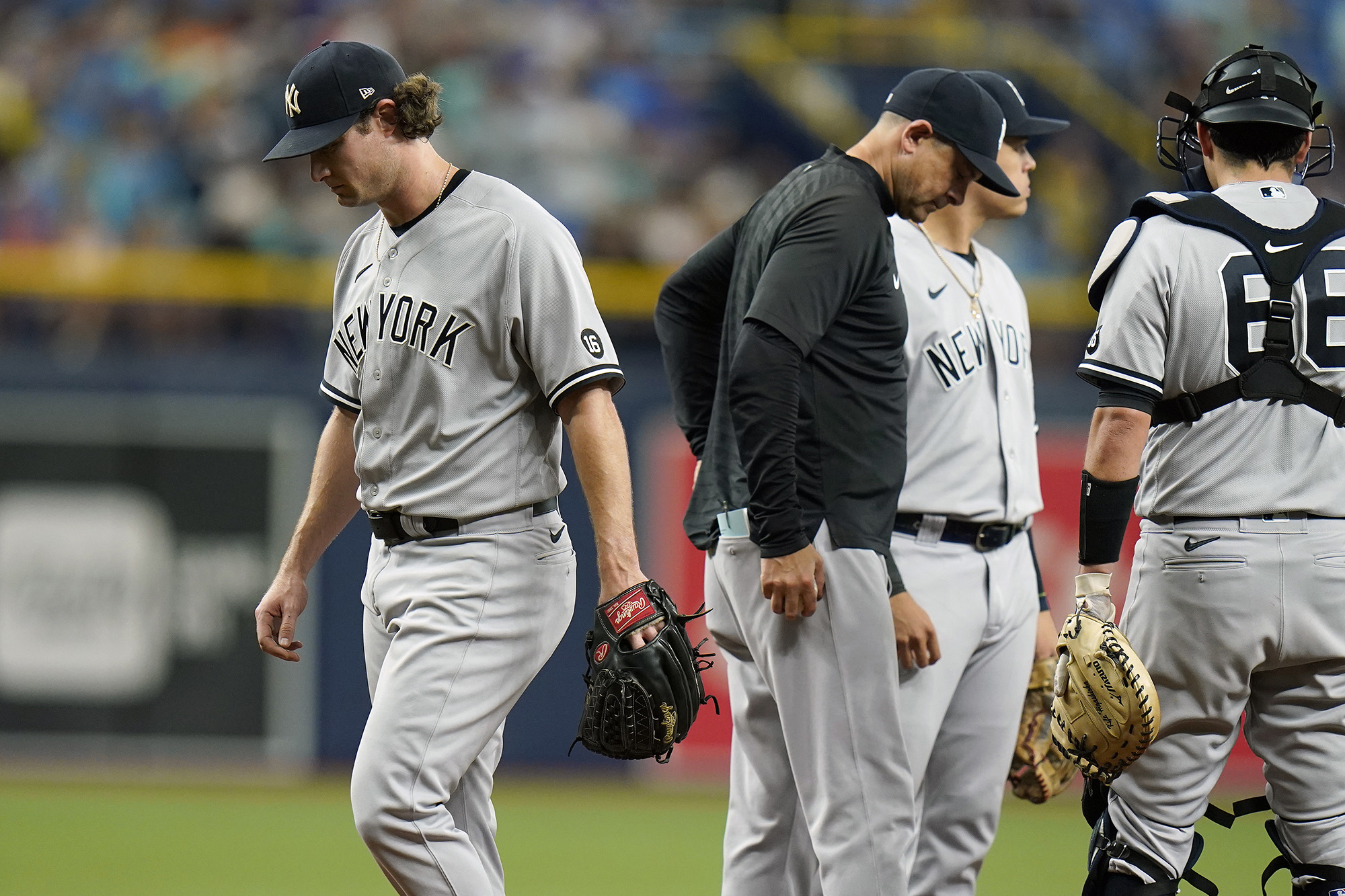 Gerrit Cole closed his eyes and kicked at the dirt of the Tropicana Field mound, having watched his 105th and final pitch of the afternoon pop out of Brett Gardner’s glove for a costly error.

Two runs scored on that play, sealing what was arguably Cole’s roughest start since joining the Yankees, and the view didn’t improve much from the dugout. The Rays continued to slug in a 10-run sixth inning, handing the Yankees a 14-0 defeat on Sunday in the finale of a three-game series.

The lopsided outcome produced an off note to cap a set in which the Yankees had plenty to be pleased about, taking the first two games and completing a blockbuster trade with the Rangers to import slugger Joey Gallo and left-hander Joely Rodríguez, both of whom could be with the club on Friday.

Yet the Yankees could not complete the sweep, falling to 4-10 in potential sweep games this year.