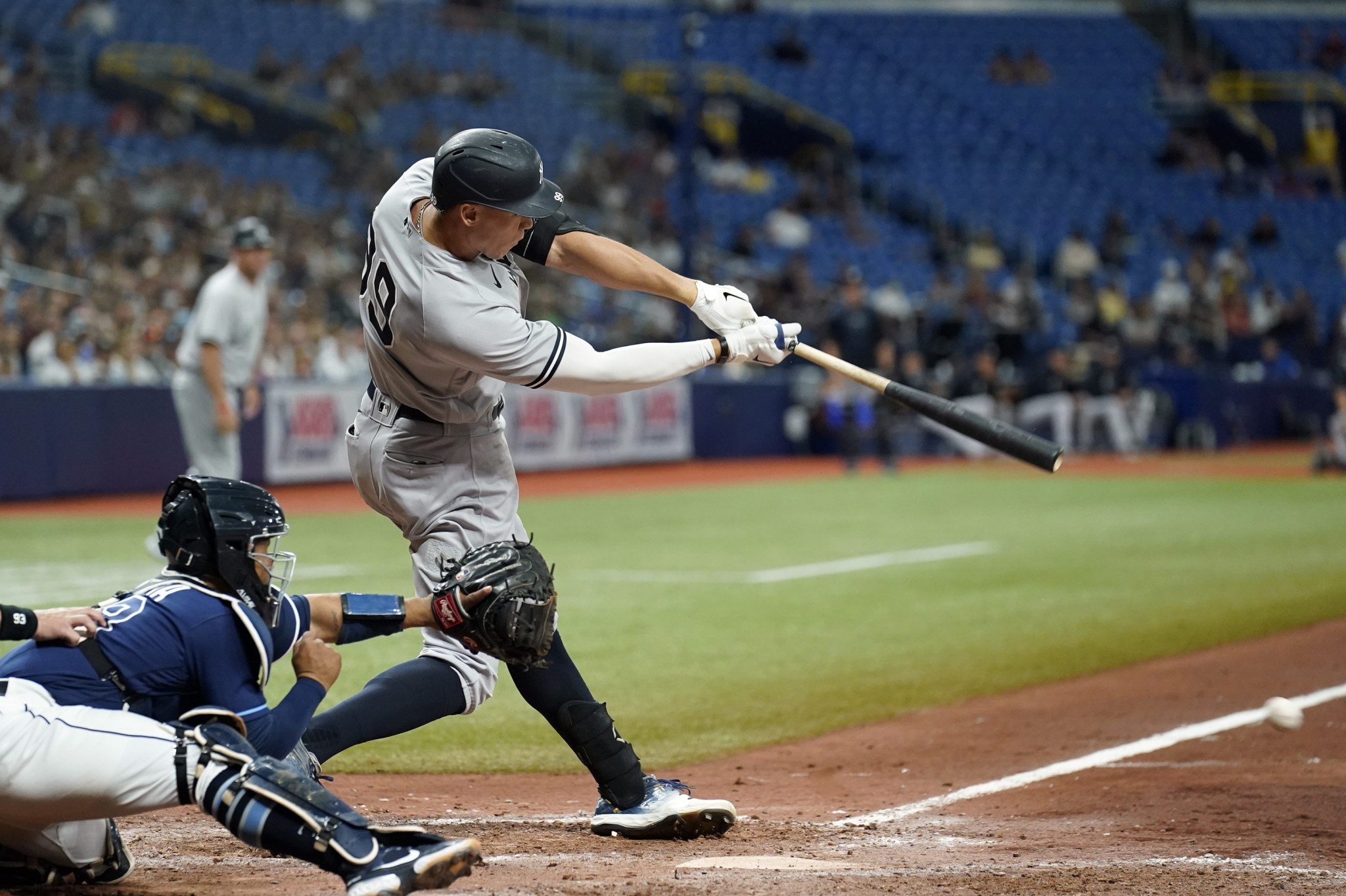 As the Yankees worked to complete a trade that could install Joey Gallo into the heart of their lineup, Aaron Judge connected for a go-ahead 10th-inning single, helping to power a 3-1 victory over the Rays on Wednesday at Tropicana Field.

Aroldis Chapman worked around a walk and a wild pitch to strand two runners in scoring position for his 20th save of the year.

There was pregame intrigue concerning Judge, who was scratched from the lineup approximately 30 minutes before first pitch, with no reason immediately given for the change.

In his second game since returning from the COVID-19 injured list, Judge grabbed a helmet to pinch-hit in the fifth inning and produced a chopper in the 10th that tipped the glove of shortstop Wander Franco, bouncing into center field.

The Yankees managed an unearned run over five innings against right-hander Michael Wacha. Gio Urshela reached on an error that opened the fifth inning, advanced on a Greg Allen double and scored the tying run on a DJ LeMahieu sacrifice fly.