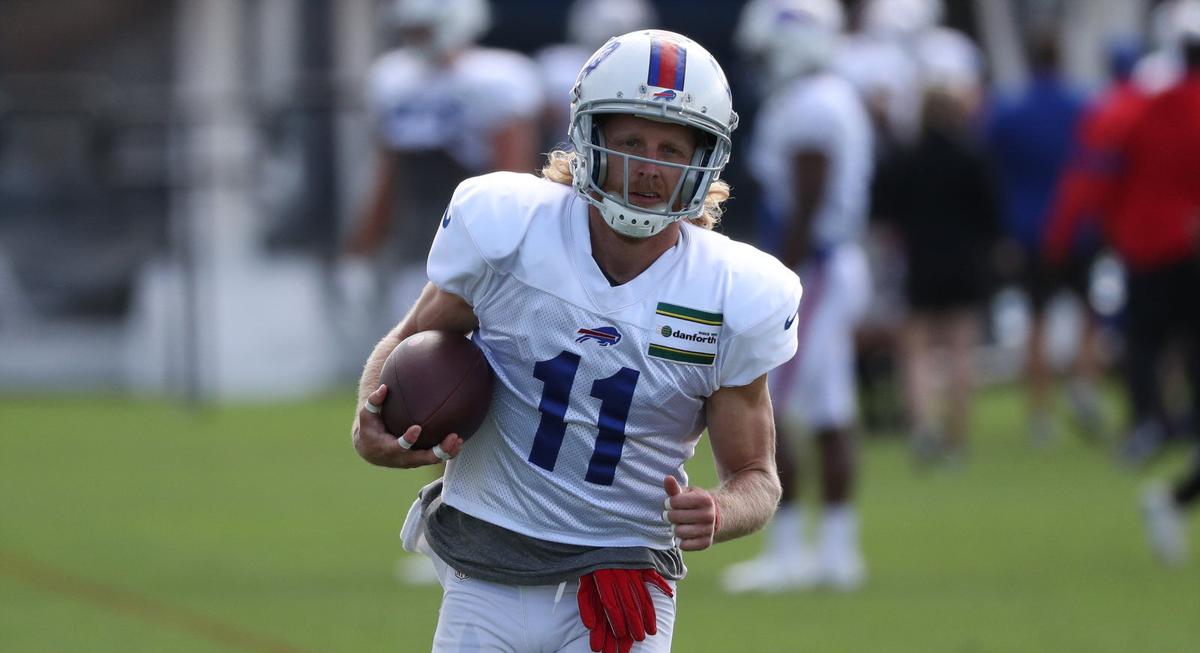 As the Buffalo Bills open training camp this week, there are dozens of questions surrounding the 2021 season. Expectations are as high as they’ve been in decades and the team looks poised to make a run at a Super Bowl.

So what are we watching as the Bills begin camp?

What happens with Cole Beasley?

Whether you agree with Beasley’s stance on the COVID-19 vaccine or not, the tweets from the Bills All-Pro wide receiver have become a major story line as the team opens camp. Beasley insists he’ll stop using social media once the season starts but the damage is already done. On multiple occasions, Beasley has been trending on Twitter because of his statements about the vaccine and the NFL.

At one point, Beasley even shared that a vaccinated teammate was sent home from the team facility because of an issue with COVID. For a team that preaches keeping things in-house, you have to wonder how that went over with head coach Sean McDermott and the front office.

Let’s be clear — I don’t think the Bills will cut Beasley or the wide receiver will be forced into retirement as he suggested on Twitter. But I do think this is going to be a big topic as camp begins and until Beasley speaks, it’s going to be something that lingers.

As we get closer to the regular season, we are learning more and more about the vaccination rates of various teams around the NFL. Up to this point, we don’t know how many members of the Bills are vaccinated but there are clear advantages for the teams with high rates of players who have been.

Here’s more from today’s memo, which also says the team responsible for a canceled game because of an outbreak among unvaccinated players/staff will be responsible for financial losses and subject to potential discipline from the commissioner. Wow. pic.twitter.com/Q86a2WcG1K

Last week, we learned of the potential penalties for teams that have COVID-19 outbreaks among players that aren’t vaccinated. In a memo sent out from the league, Commissioner Roger Goodell outlined the possible scenario where a team would potentially need to forfeit a game if it couldn’t be made up during the 18-week regular-season schedule. The team responsible for the forfeit would also be on the hook for their opponents’ expenses.

There are a lot of moving parts and we don’t know how the next month and a half will play out.

Will Josh get paid?

Both sides have made it clear — they want a deal to get done. But when will that finally happen?

Josh Allen is coming off a historic season and is now considered by many to be a top-five quarterback in the NFL. He’s in line for massive raise but the Bills could wait another season to pay their superstar QB if they so desire.

Personally, and this is just me speculating, I’d expect something to happen closer to the start of the season. Beane has shown in the past that he’s comfortable giving out big deals a few weeks into camp. Dion Dawkins last year agreed to his new deal towards the end of camp. Tre’Davious White signed his deal in September.