The Syracuse Crunch, in conjunction with the American Hockey League, have announced the 2021-22 regular season schedule.

The Crunch will face 14 teams in the North and Atlantic Divisions. The most frequent matchups will be 14 contests against Utica. Syracuse will also play 12 games against Rochester, eight each against Belleville, Cleveland and Laval, four each against Charlotte, Hershey, Toronto and Wilkes-Barre/Scranton and two each against Bridgeport, Hartford, Lehigh Valley, Providence and Springfield.

December, January, March and April will be the Crunch’s busiest months with 12 scheduled games. The team will play 11 in February, 10 in November and seven in October. This season, Syracuse will have three three-in-threes with two in April and one in February.

The team will have five three-game homestands this season with two each in November and December and one in April. The most home games fall in November and January when the Crunch host seven. Syracuse will have one four-game road trip in April, the month that holds the most road contests with seven.

The complete 2021-22 regular season schedule is below, subject to change: 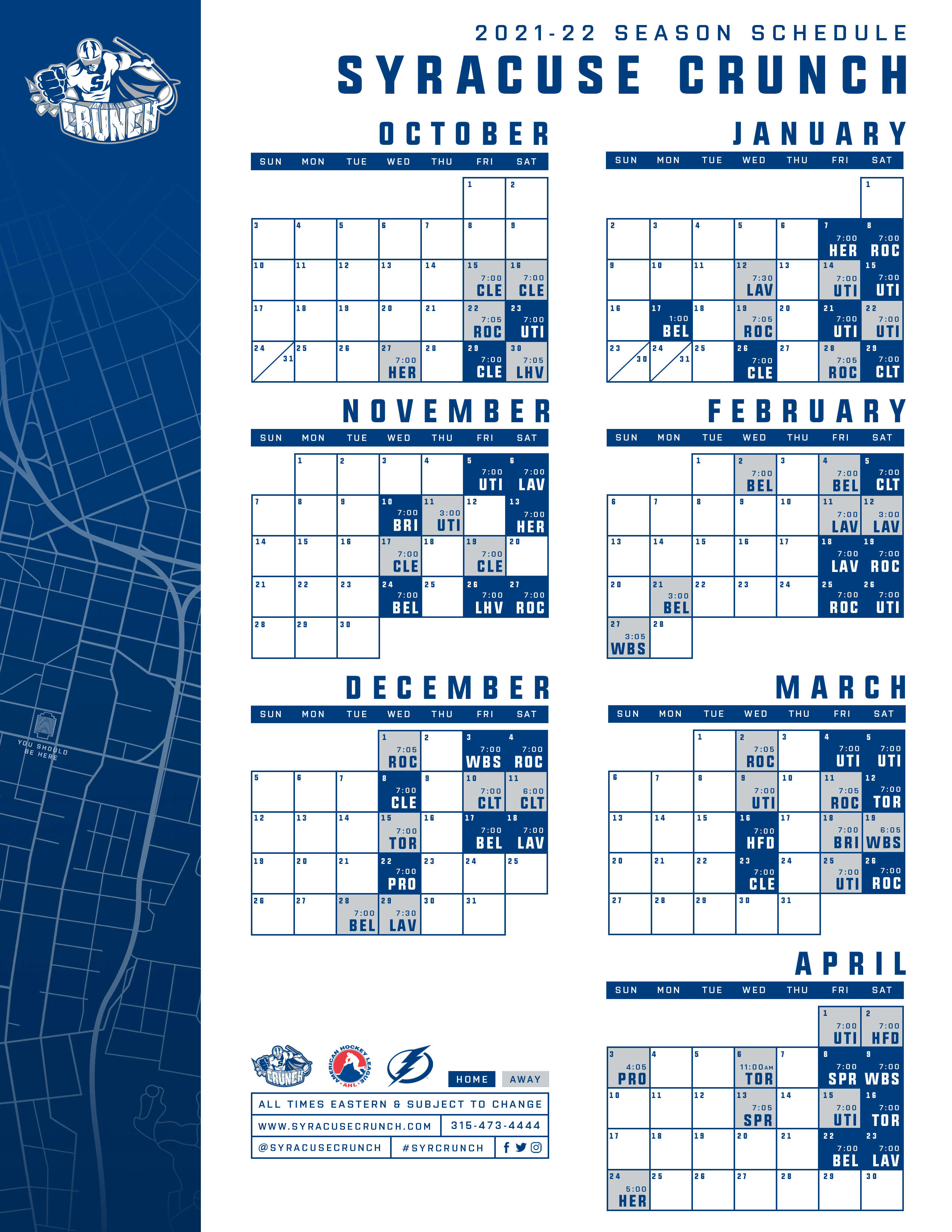