The Cayuga Nation has bought Deerhead Lakeside Restaurant & Bar along Lower Lake Road. The deed for the scenic eatery overlooking Cayuga Lake recently changed hands, closing a deal with former owner Craig Moore for $340,000, which is slightly below his asking price. 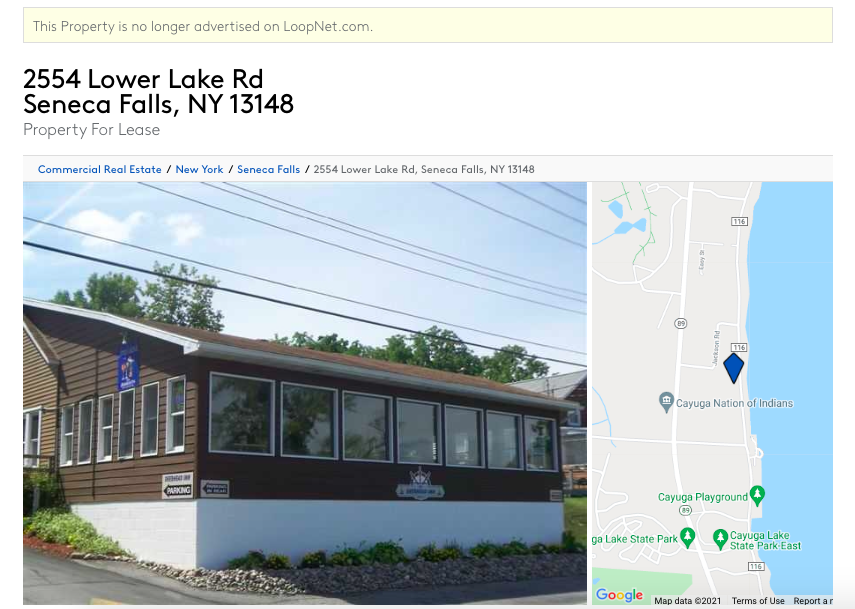 It’s the latest acquisition in the Nation’s renewed struggle to reincorporate its ancestral reservation lands through a process called checkerboarding — in spite of their land-into-trust application being denied almost a year ago.

Before Moore procured the property in 2015, James Gustafson, owned and operated the same premises since 1983.

Whether it has been called Deerhead, Deerhead Inn, Deerhead Lakeside Restaurant & Bar or even Woody’s Fish Fry when the original building opened its doors in 1925, it’s always been a popular stop in Seneca Falls.

Now, the destiny of Deerhead is uncertain, according to Nation officials. Maria Stagliano, an account executive at Levick and Nation spokesperson, says “no specific plans” have been made for their newest investment as of yet.

And marijuana isn’t being ruled out either.

The Village of Union Springs unveiled a new proposed local law, allowing them to opt out of the state’s Marijuana Regulation and Taxation Act in an attempt to appease the Nation’s intentions on selling cannabis products at dispensaries and consumption sites.

It doesn’t seem to be stopping there in the neighboring Cayuga County — with their tribal leadership setting its own sights on possibly expanding into Seneca County, too — even if county supervisors, officials seek to thwart their efforts.

Although there aren’t any concrete plans in place for Deerhead for the foreseeable future, the site is added to a long list of other Nation-owned land parcels, topping more than 50 locations in the Town of Seneca Falls alone.

If there’s one certainty from the unexpected sale, however, it’s a definitive end to taxing the restaurant — at least under the Nation’s ownership.

Any chance for Seneca County to someday recoup its eventual tax losses on this particular property have been dashed by the U.S. Supreme Court after rejecting their writ of certiorari on June 7, 2021.