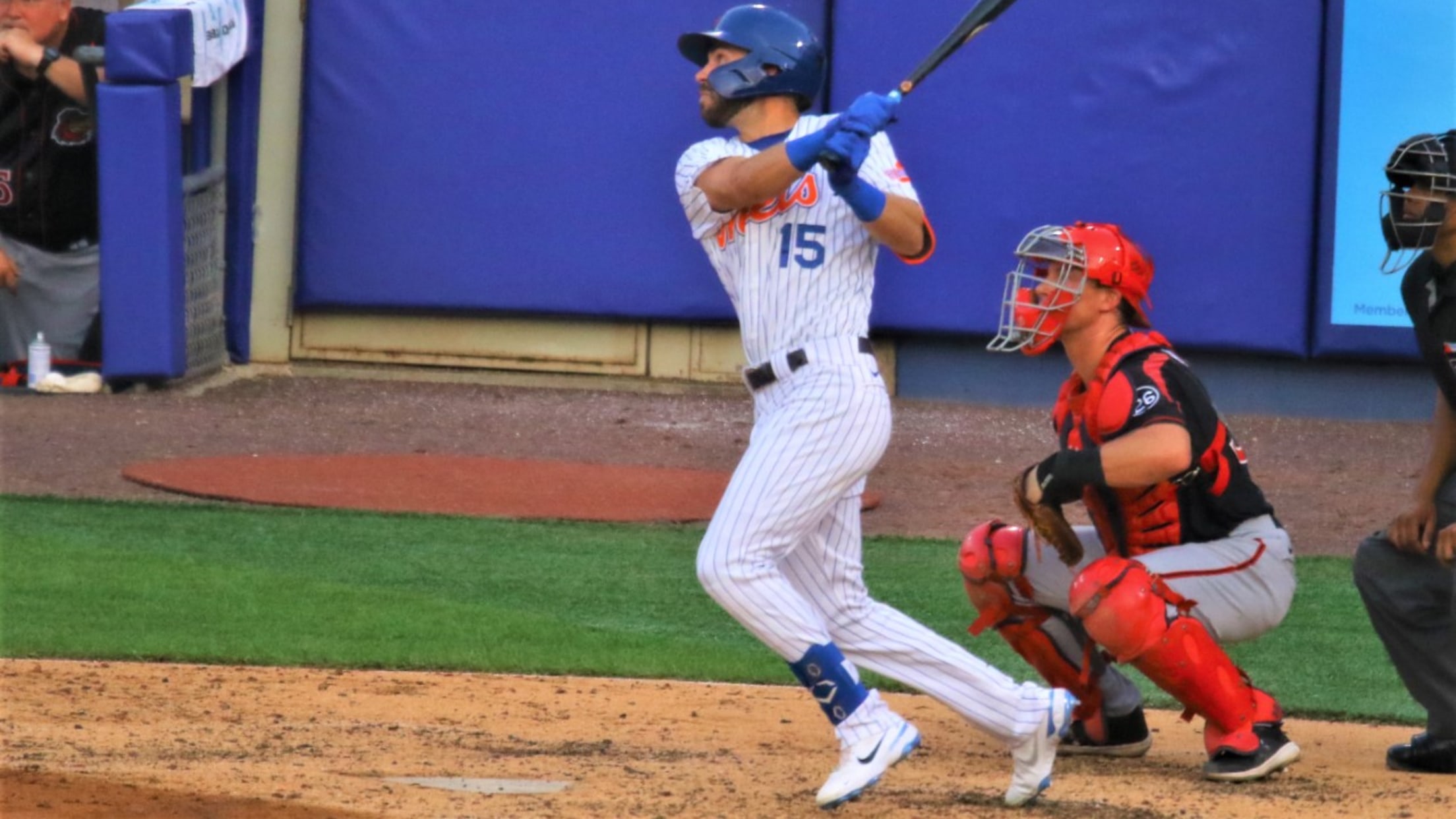 In front of an electric crowd of 5,992 fans at NBT Bank Stadium, the Syracuse Mets beat the Rochester Red Wings, 14-12, in a wild game on Friday night. The Mets used a nine-run third inning to jump out to a lead and held off a late Red Wings comeback to secure the win. Syracuse has now scored 43 runs in the first four games this series against Rochester

Syracuse (22-41) got on the board in the bottom of the first via an Albert Almora Jr. solo home run as the Mets took an early 1-0 lead.

In the top of the second, Mets starting pitcher Alex Sanabia left the game with a leg injury and had to be replaced by Trey Cobb, who recorded the last out of the frame.

In the bottom of the second, Cheslor Cuthbert led off with a walk. Khalil Lee followed and blasted a two-run homer over the center-field wall to make it 3-0 Syracuse.

The third inning was surely one of the wildest innings NBT Bank Stadium has ever seen. It featured 14 total runs and took one hour and five minutes to complete. It all began with a two-out rally from Rochester in the top of the third. Luis García and Jake Noll hit back-to-back singles, and Daniel Palka walked to load the bases. Brandon Snyder then stepped in and was hit by a pitch. That brought home García for the Red Wings first run to make it 3-1 Syracuse. Blake Swihart then drew a bases-loaded walk to cut the Rochester deficit to one, 3-2. Rafael Bautista followed and connected on a go-ahead, two-run single to give the Red Wings a 4-3 advantage. Humberto Arteaga capped off the five-run frame with an RBI single to extend the Rochester lead to two, 5-3.

Syracuse responded in a resounding manner in the bottom of the third. Travis Blankenhorn led off the frame with a double, and Brandon Drury followed with a single, advancing Blankenhorn to third base. Patrick Mazeika stepped in and reached on an error by the second baseman García, allowing Blankenhorn to score and make it 5-4 with Rochester still in front. Cuthbert followed with a one-run single to bring home Drury and tie the game, 5-5. Lee then provided a single to load the bases. Wilfredo Tovar followed and hit a two-run single into left field to give the Mets back the lead, 7-5. Relief pitcher Marcel Rentería came to the plate and was hit by a pitch to reload the bases. Drew Jackson then stepped in and blasted a grand slam to the Salt City Deck in right field to make it 11-5 Syracuse. The Mets scored eight runs without Rochester recording a single out. After Jackson’s slam, Albert Almora Jr. singled, and Travis Blakenhorn walked, as the Mets batted around with still no outs in the frame. Drury then stepped in and provided a single, meaning Syracuse put 11 men on base to start the inning without the Red Wings recording an out. The first out of the inning didn’t come without another Mets run as Mazeika hit a sacrifice fly to score Almora Jr. and give the Mets a 12-5 lead. All in all, Syracuse tallied nine runs on eight hits in the third inning.

Rochester (26-36) drew one run closer in the fourth. Andrew Stevenson hit a leadoff single. After García grounded out, Noll singled and the Red Wings had runners on first and second. Palka stepped in and reached on an error by the first baseman Cuthbert, allowing García to score and making it 12-6 with the Mets still in front.

In the sixth, García hit a solo shot over the center-field wall to make it a five-run game, 12-7 Syracuse.

The Red Wings cut into their deficit once again in the seventh. Alex Dunlap connected on a one-out triple, and Bautista brought him home on an RBI groundout to bring Rochester within four, 12-8.

After Alberto Baldonado delivered three perfect innings for Rochester, Ronald Peńa came out to pitch the eighth. There were two outs and no one on base when Drury drew a walk. Mazeika followed with a two-run shot over the wall in right-center field to hand Syracuse a 14-8 lead. The homer was Syracuse’s fourth of the game.

With the Mets still leading 14-8 going to the ninth, Stephen Nogosek took the mound. Palka drew a leadoff walk, and Synder followed with a single. Dunlap then hit a single of his own to load the bases. Bautsita delivered with a two-run double to bring Rochester within four, 14-10, with still no outs. Nogosek then struck out Arteaga for the first out and Dietrich for the second out. The leadoff hitter Stevenson came to the plate and connected on a two-run single to keep the Red Wings alive and cut the deficit to two, 14-12. Castillo stepped in as the game-tying run, and Nogosek struck him out for the game’s final out as the Mets survived the late Rochester rally to take a 3-1 series lead.

Syracuse will look to clinch the series on Friday against Rochester. First pitch is set for 6:35 p.m. from NBT Bank Stadium. Right-hander Vance Worley will take the ball for Syracuse against Rochester’s right-handed pitcher Tyler Eppler. Gates open at 5:30.