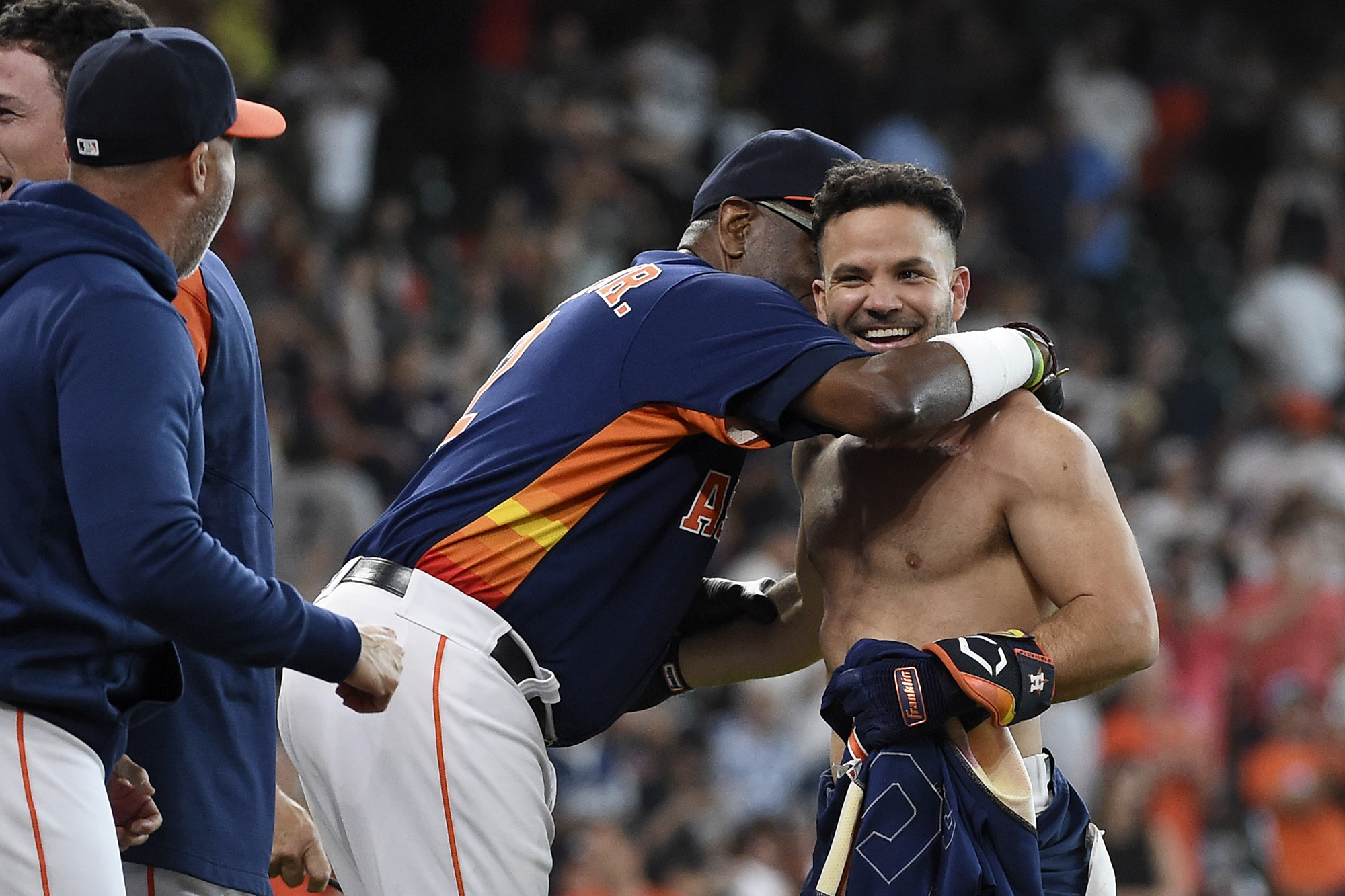 The Yankees finally appeared to be playing like the team they were expected to be, steeling themselves for what promises to be an uphill push in the second half. Yet their ninth-inning collapse on Sunday at Minute Maid Park showcased just how difficult the grind back into postseason contention will be.

In a game that featured several Yankees wearing jackets, a reference to Aaron Judge’s troll-job this weekend in which he claimed the stadium was “chilly,” Jose Altuve got the last laugh. The Astros infielder launched a walk-off, three-run homer to cap a six-run ninth inning, handing New York a stunning 8-7 defeat.

The Yankees appeared to be cruising, having never trailed in the contest. Beginning his third inning of relief, Domingo Germán permitted hits to the first two hitters, prompting the Yankees to call upon Chad Green — and, notably, bypassing struggling closer Aroldis Chapman.

Chas McCormick greeted the righty with a two-run double and Abraham Toro raked a run-scoring double. Green recorded an out before Altuve pummeled a curveball over the left-field wall, sending the Yankees to the All-Star break with a 46-43 record.

This time, Altuve’s shirt came off in the home plate celebration, his response to the Yankees’ weekend tweaks that included Judge and Gary Sanchez clutching at their uniform tops in apparent reference to Altuve’s home plate approach after his pennant-clinching homer in the 2019 American League Championship Series.

Building off the performances by Nestor Cortes Jr. in the opener and Gerrit Cole’s dominant route-going effort on Saturday, Jameson Taillon continued to show signs of improvement, having lowered his ERA from 5.59 to 4.90 over his previous four starts.

Martín Maldonado hit a solo home run in the third inning and Kyle Tucker stroked a solo shot in the sixth off Taillon, who scattered three hits while walking two and striking out four.

New York produced three runs (two earned) in four innings off Framber Valdez, who largely went unpunished for six walks. Gleyber Torres stroked a third-inning grounder past shortstop Robel García for a run-scoring error and Tim Locastro answered Maldonado’s drive to right field with one of his own.

Torres cashed a run-scoring single in the sixth that chased Valdez, then walked and stole second base in the seventh to set up an important insurance run, chased home by Gio Urshela’s opposite-field single. Sanchez unloaded on his 15th homer in the eighth.