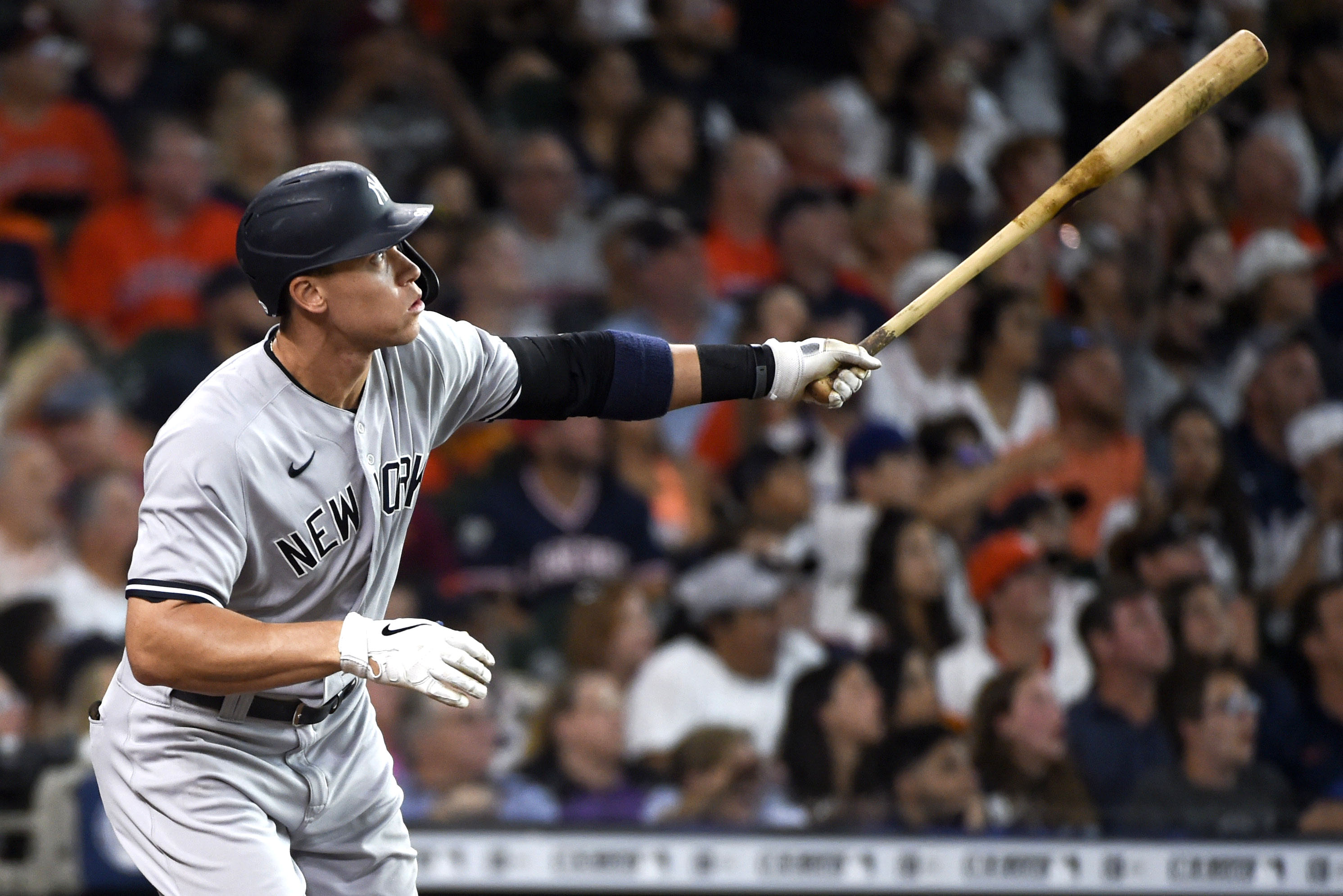 Was Aaron Judge “too shy” rounding the bases after Saturday’s moonshot homer in the Yankees’ 1-0 victory over the Astros?

Judge pinched the front of his jersey during his third-inning home run trot, an unmistakable reference to Jose Altuve’s frantic coverup after his pennant-winning home run in the 2019 American League Championship Series against the Yankees.

Aaron Judge closed his jersey while he was rounding third ? pic.twitter.com/K420eYcuYF

“Whenever they keep the roof closed here, it’s pretty chilly,” Judge said. “So I was just letting my team know to button up a little bit.”

Aaron Judge says he wasn't sending a message to the Astros with his jersey pull rounding third base on his home run:

"Whenever they keep the roof closed here, it's pretty chilly" ? pic.twitter.com/SCCISguw3Y

Despite the 73-degree climate-controlled conditions, Judge’s gesture looked an awful lot like Altuve’s approach to home plate following his homer off Aroldis Chapman, when the second baseman warned his teammates not to rip his shirt open

Asked if it would be incorrect to assume Judge’s actions were meant to troll Altuve and the Astros, the slugger replied with a smile: “Everyone is welcome to their own opinion.”

Altuve and Judge once enjoyed a cordial relationship, but when details of the Astros’ sign-stealing scandal came to light, Judge dug into his social media archives and deleted an Instagram post congratulating Altuve on the 2017 AL MVP Award. Judge finished second that year.

“And to find out that it wasn’t earned — they cheated. It didn’t sit well with me, and I just didn’t feel like the post that I did really meant the same anymore.”

Judge’s homer, his team-leading 21st, came off right-hander Zack Greinke and was projected to travel 419 feet. It proved to be all of the support that ace Gerrit Cole needed, finishing off a 129-pitch shutout to secure a series victory over Houston.

“They’re one of the best teams in the American League right now, and you want to play against the best,” Judge said. “You want to prove that you’re one of the better teams in the AL as well. Taking two games out of three and winning the series so far is big-time for us. Now we’ve got a more important game coming up tomorrow where we can take a sweep. We’re trying to focus our energy on that and go into the [All-Star] break on a high note.”