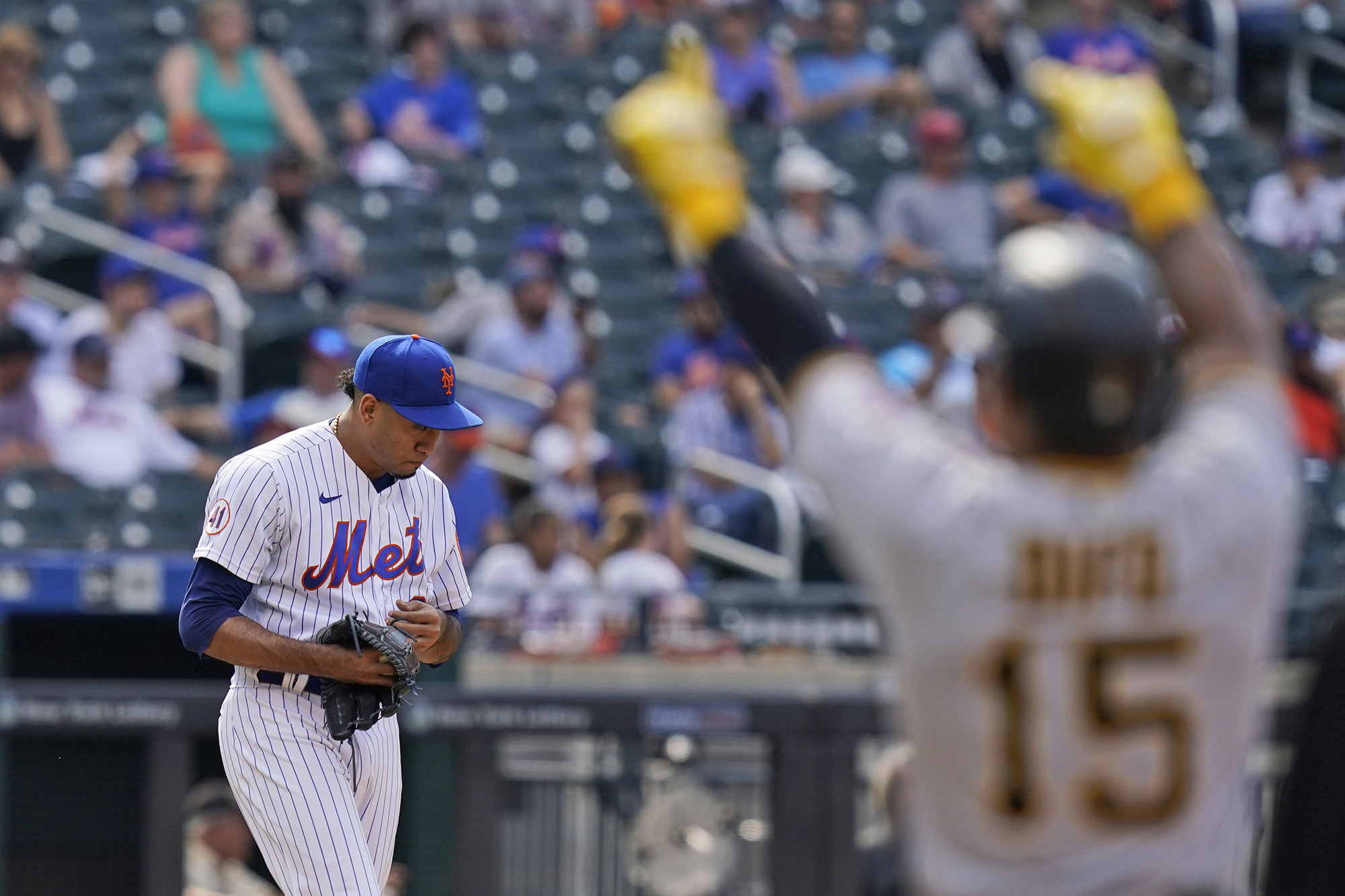 There was speculation all week that Mets ace Jacob deGrom was going to pitch in the final game of the first half on short rest. But manager Luis Rojas decided against it and went with a bullpen game on Sunday afternoon at Citi Field. The results didn’t come out the way he wanted as the Mets fell to the Pirates, 6-5.

The Mets used six relief pitchers in the game — including opener Aaron Loup — and they blew a 5-0 lead. They entered the ninth with a 5-4 lead, but closer Edwin Díaz couldn’t lock down the save as he allowed a game-tying RBI single to John Nogowski. Two batters later, Wilmer Difo made it a 6-5 game with an RBI single, and the Mets were unable to rally in the ninth, falling to 47-40 on the season but holding a 3 1/2-game lead on the second-place Phillies.

If the Mets are going to win the National League East, they will need major contributions from outfielder Michael Conforto.

The game started as if the Mets were going to blow out the Pirates when they scored five runs in the first inning against Pirates right-hander Chase De Jong. Francisco Lindor gave New York a 2-0 lead with a two-run homer.

After Dominic Smith and Jeff McNeil reached base on walks, Conforto came to the plate with a .195 batting average. Conforto worked the count to 1-1 and then clobbered the ball over the right-center-field wall to give the Mets a 5-0 lead. It was Conforto’s first home run since May 1.