Mets erupt for 10-run inning in rout of Pirates 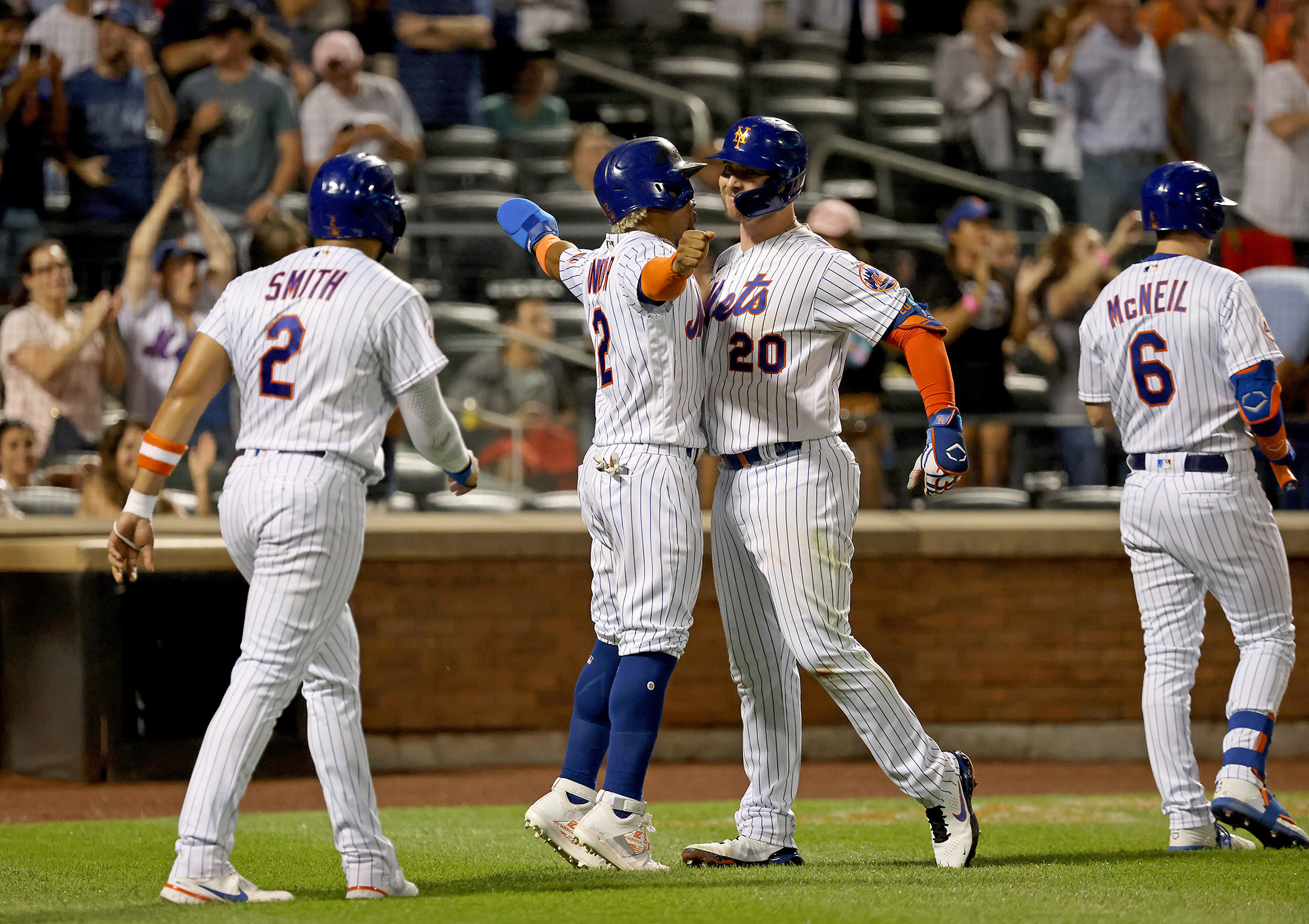 Much has been made of the first-place Mets’ pitching while the offense, which hasn’t exactly been known for its early-and-often prowess, has taken an admittedly deserved back seat. But the script was flipped on Friday night, when the well-rested bats broke out for a 10-run sixth inning and breezed to a 13-4 victory over the Pirates at Citi Field.

Francisco Lindor, who has shown signs of a resurgence after hearing a smattering of boos at the beginning of his career in Queens, did plenty to endear himself to the loud Citi Field crowd by launching his first grand slam as a Met and the team’s first of the season. That was the final flourish on a sixth inning that also featured a T-Mobile Home Run Derby preview from Pete Alonso. The slugger showed off his prodigious power to all fields, going 397 feet to right-center.

Jonathan Villar continued his strong season as leader of the bench mob, homering from both sides of the plate, the second a 437-foot shot from the right side that he took some time to admire. He is the 10th Mets player to go deep from both sides in a game and the first to do it since Jose Reyes in 2018.

The 10-run frame was a first for the Mets since Sept. 11, 2020, against the Blue Jays. In fact, they had only scored 10 or more runs in an entire game three times this season. Of all teams leading their division entering Friday, the Mets had the lowest run differential at plus-3. The Brewers, who had the next lowest, were at plus-51.

All this to say, their offensive onslaught against the Pirates was uncommon and much needed for a club that has aspirations of a deep playoff run. Getting the bats in step with the top-flight pitching will be paramount if they are going to make that a reality.

That pitching wasn’t quite as sharp as normal on Friday, but Taijuan Walker was able to grind through five frames on 86 pitches and, at least on this night, left it to the offense to do the heavy lifting.