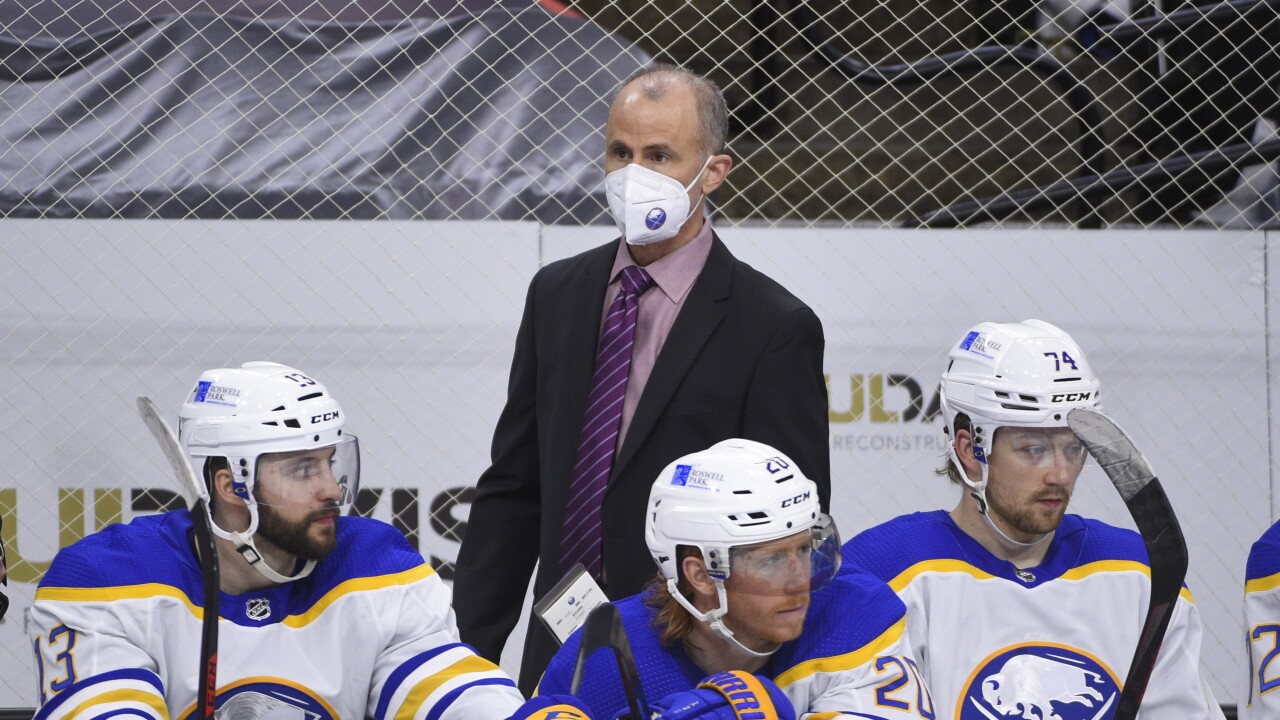 After months of searching for Ralph Krueger’s permanent replacement, the team has named Don Granato the newest head coach of the Buffalo Sabres. Granato, 53, was hired by the Sabres in 2019 as an assistant coach and served as the team’s interim head coach for 28 games to close out the 2021 season.

We have hired Don Granato as the next head coach of the Buffalo Sabres.

While calling the shots behind the Sabres bench, Granato coached the Sabres to a 9-16-3 record. Yet despite the losing record under Granato, the snakebitten Sabres took strides in the right direction.

With Granato behind the bench, Mittelstadt played his most consistent hockey, and the numbers back it up. In his final 22 games, Mittelstadt scored nine goals and tallied eight assists. Tage Thompson also saw a dramatic spike in production under Granato, scoring seven goals and five assists in the final 25 games of the season.

“He made all the young guys play very well,” defenseman Rasmus Dahlin said of Granato. “He made us feel confident. Every day we came to the rink we were in a good mood. We always knew he had our back and that’s a huge key for having success.”

“What we did that last month or so is just a glimpse of what we know we could do next year,” center Dylan Cozens said in early May. “We’ve got a good group right now and a lot of guys that are hungry to win.”

Granato becomes the 20th head coach in Sabres franchise history. He is the seventh coach to work under Terry and Kim Pegula, who bought the team in February of 2011.