Home » Chance The Rapper » Aaron Boone on Yankees’ 2021 struggles: ‘Our season’s on the line’

Aaron Boone on Yankees’ 2021 struggles: ‘Our season’s on the line’ 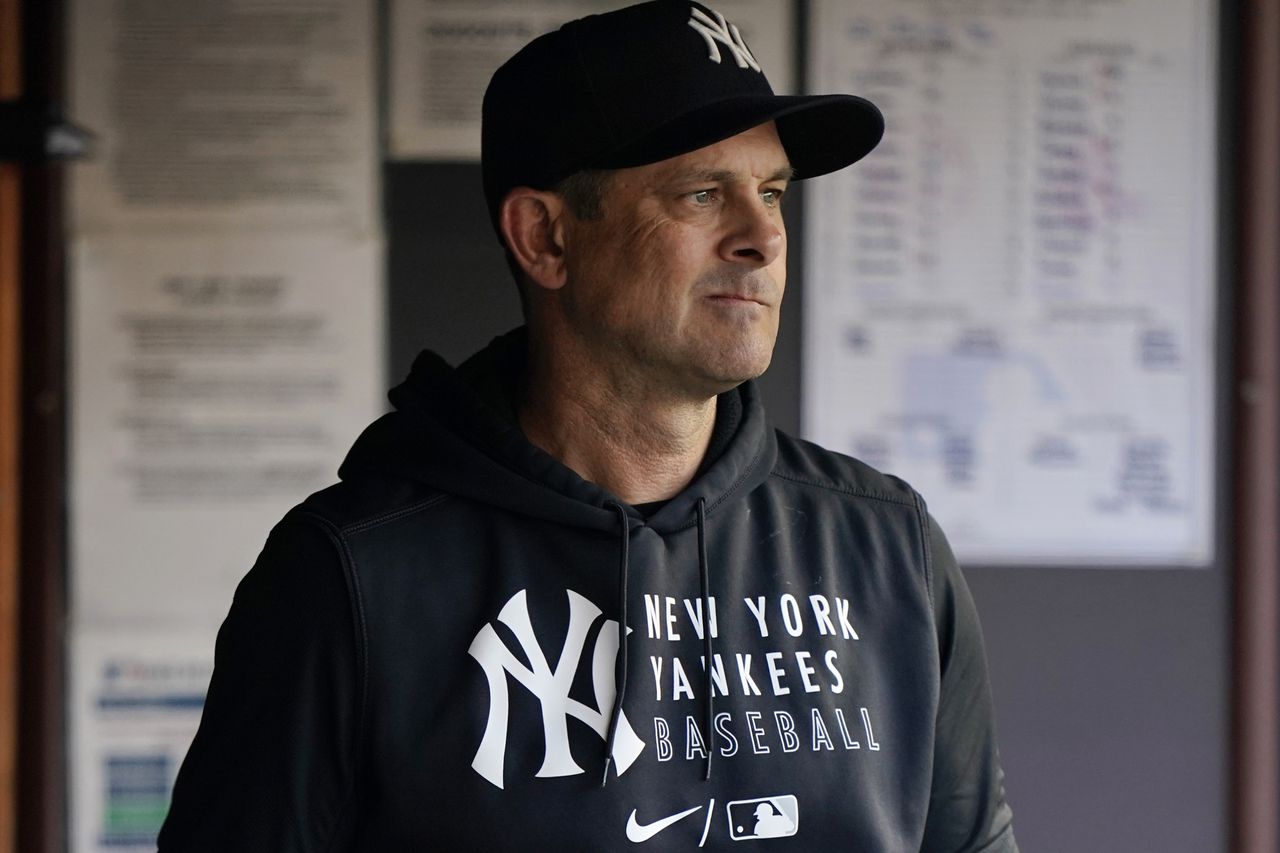 Following a weekend sweep at the hands of the Boston Red Sox, the Yankees have fell back into fourth place in the AL East, 6.5 games out of first place. New York was riding high after a solid homestand before seeing their most-heated rival at Fenway Park, and it was a pivotal series to cement their comeback and prove they can still win the division.

But that obviously didn’t work out. Now, with the Los Angeles Angels in the Bronx to start the new week, manager Aaron Boone was blunt about his team’s current situation.

“Our season’s on the line,” he told reporters via Zoom.

“Too many ups and downs and we’re in too good of a division to have those ups and downs continue. We can’t afford to play great for two weeks and struggle for a week. Not if we’re going to make up ground. We’ve dug ourselves a little bit of a hole in the division obviously.”

Boone has seen his Yankees start off on a slow note to begin the year, but pick it back up and look like the regular team he knew in the past. But those spurts are short-lived, as they would go back down to the team that can’t score runs consistently and have off days on the mound.

"Our season's on the line"

Aaron Boone discusses the Yankees' need for consistency as they head into this crucial part of the season pic.twitter.com/9G5jZEqXBC

When taking the temperature gauge of the team, Boone says that the players are actually in the right frame of mind.

“I actually think as a group they’re doing OK,” he said. “I do believe that they are really confident in what they can and hopefully will do. I think that confidence is born out for a good reason. These guys know what they’re capable of doing, we’ve certainly done it in spurts this year.

“We’re a better group. We still haven’t got to where we want to get through.”

But, even though it’s still the first half of the season, the Yanks are seeing how the AL East is playing out and it’s hard not to be a little worrisome. The Red Sox have proven their hot start to the new campaign was no fluke. The Tampa Bay Rays and Toronto Blue Jays are also at the 40-win mark already.

Still, Boone knows New York is fully capable of controlling their own destiny – at least for now.

“The good news is we’re still in complete control of the script. But I don’t think there’s any question moving forward that night in and night out, our season’s on the line. Win or lose tonight, we have to come with that same mindset the next day and the next day.

“Hopefully we can find that consistency I know is in there.”