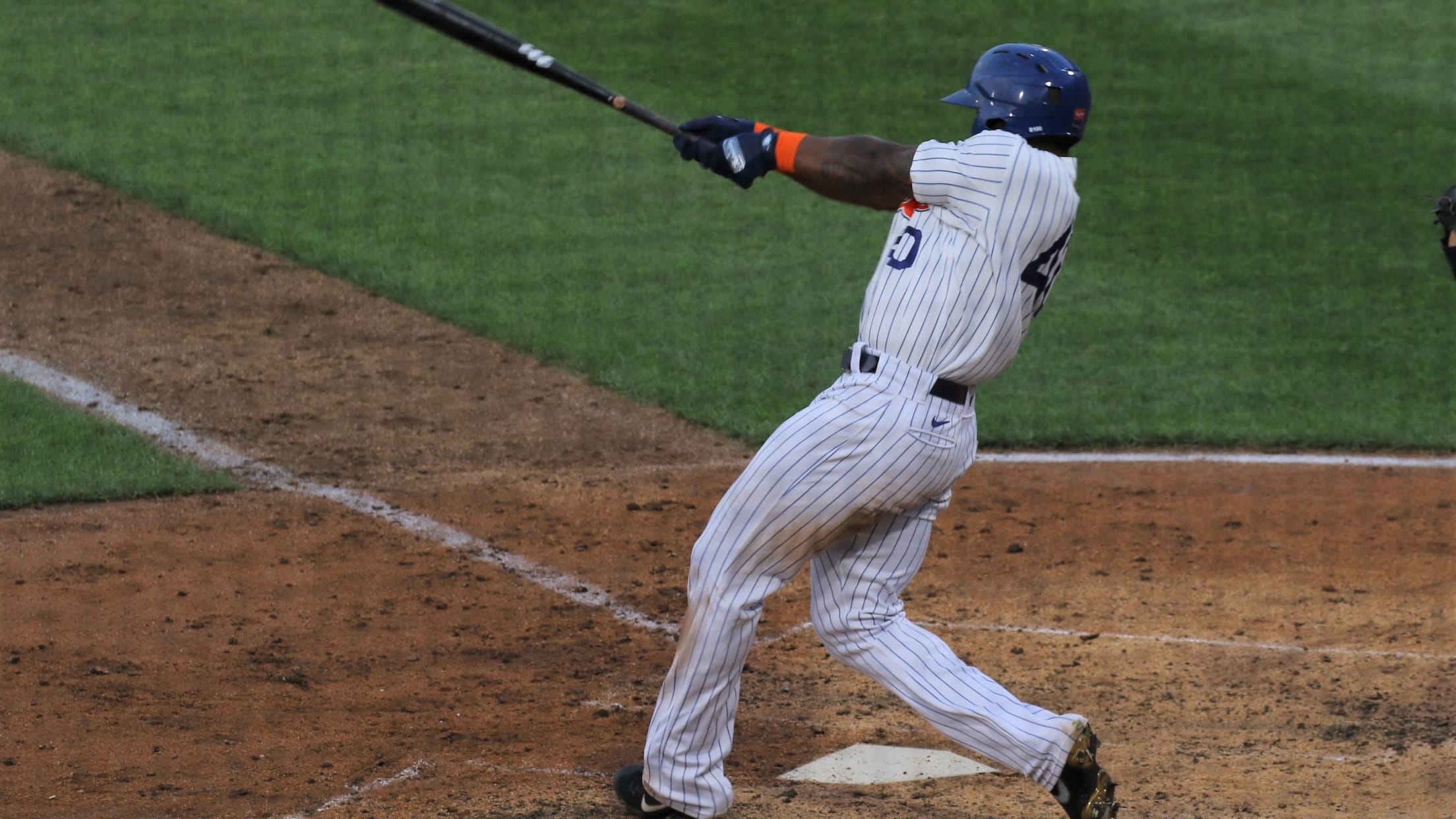 The Syracuse Mets and Buffalo Bisons played a thrilling game on Saturday night, but the Mets were on the losing end, falling, 5-3, in ten innings to the Bisons. After Syracuse outfielder César Puello tied the game with an RBI single in the bottom of the ninth inning, Buffalo put together a three-run top of the tenth to come out on top.

Buffalo (26-19) struck first with two runs in the top of the second inning. Christian Colón drew a one-out walk, and then Richard Ureña flew out to left field for the second out. Next, Cullen Large and Juan Graterol drew back-to-back walks to load the bases for Logan Warmoth, who produced a two-run single to give the Bisons a 2-0 lead. Those were the only runs allowed in an otherwise impressive outing for Syracuse starter Robert Stock in his Mets debut. After being claimed off waivers by New York on June 22nd, the 31-year-old turned in six innings, allowing two runs, four hits, four walks, and he struck out two batters.

On the other side of the pitching duel, Buffalo starter Connor Overton threw five scoreless innings while giving up five hits, two walks, and striking out one.

Syracuse (12-34) finally got on the board in the top of the seventh inning. Cheslor Cuthbert drew a walk, and then Martin Cervenka hit a double, advancing Cuthbert to third base. Bisons reliever Kirby Snead replaced Curtis Taylor and struck out Puello. Next, Drew Jackson grounded out, but Cuthbert scored from third, cutting the deficit in half, with Buffalo still up, 2-1. MLB rehabber Brandon Nimmo followed, but struck out to end the inning, and Syracuse left the tying run stranded at third base.

Bryan Baker pitched the bottom of the ninth for Buffalo and the right-hander issued a one-out walk to Cuthbert. After Matt Winaker replaced Cuthbert as a pinch-runner, David Rodriguez singled to right field. After coming in clutch for Syracuse on Friday night with two RBI singles, Puello delivered again with yet another run-producing single to score Winaker and tie the game, 2-2. Jackson then struck out, and Nimmo drew a walk to load the bases for Orlando Calixte. After falling behind 3-0, Baker forced a flyout to right for the third out to send the game to extra innings.

In the top of the tenth, Large started out at second base as the runner for Buffalo. He advanced to third on a wild pitch, and then with two-outs in the inning and Jonathan Davis at the plate, Large scored on a wild pitch to put the Bisons in front, 3-2. Davis then walked, and Breyvic Valera followed with a two-run homer to extend the Bisons lead to three, 5-2.

Dany Jiménez came out to pitch the bottom of the tenth and started the inning by striking out Khalil Lee. While Drury was at the plate, Calixte, who was the runner at second for Syracuse, stole third base and then scored on a Drury groundout. Jiménez then retired Wilredo Tovar for the game’s final out as Buffalo won, 5-3.

Syracuse and Buffalo return to NBT Bank Stadium Sunday afternoon for the series finale. First pitch is set for 1:05 p.m.