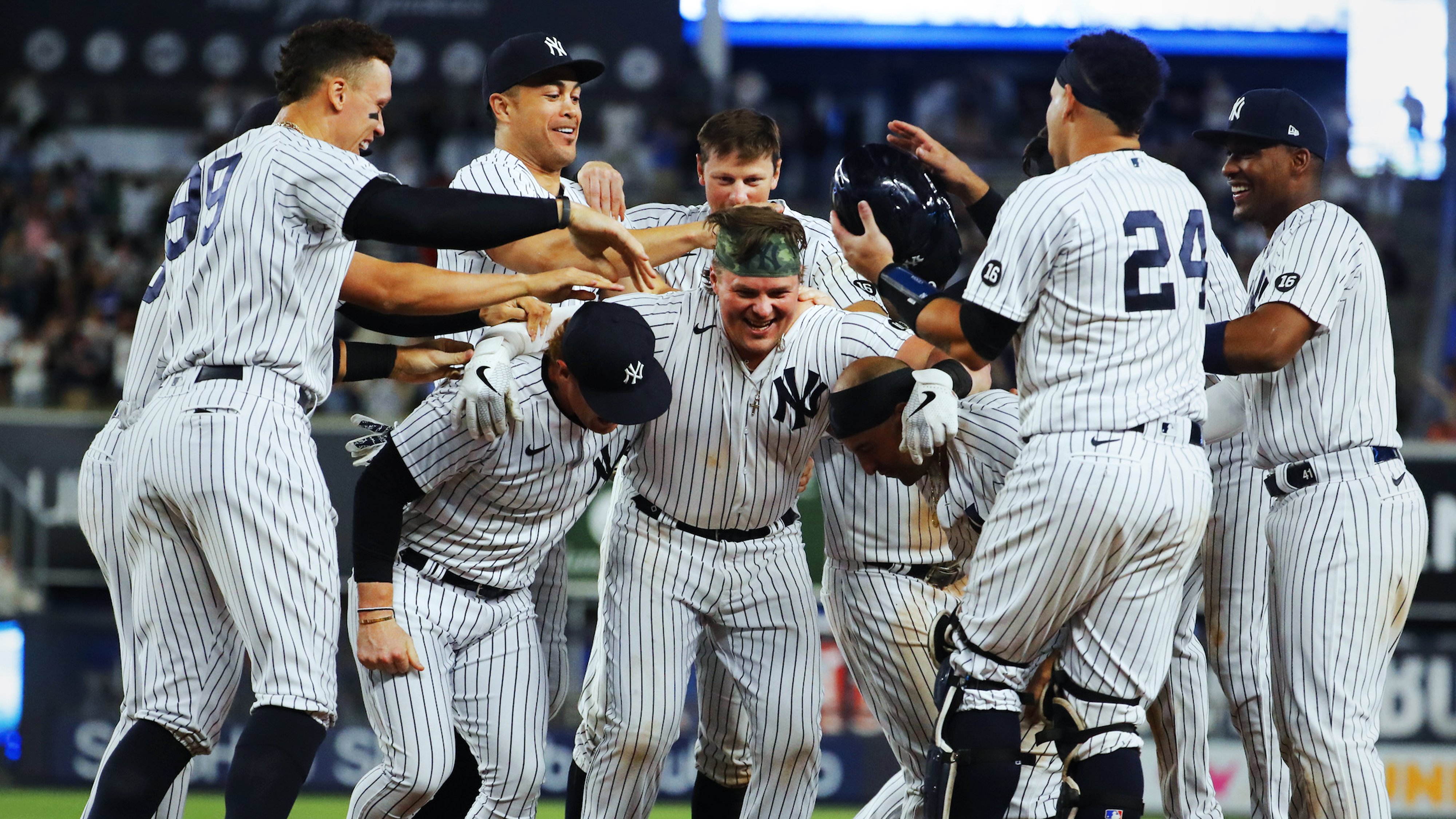 Aroldis Chapman bent at the waist near the Yankee Stadium mound, barking his frustration for all to hear. The Yankees closer walked in the tying run on a fastball that didn’t come close to the strike zone, then watched the go-ahead run charge home on a check-swing infield dribbler.

Rougned Odor’s late homer had been wasted, so Gary Sánchez provided another. The sizzling Bombers catcher launched a line-drive missile over the left-field wall that tied the game, then Luke Voit drilled the walk-off hit as the Yankees celebrated a wild 6-5 victory over the Royals on Wednesday at Yankee Stadium.

Odor’s go-ahead shot off Jake Brentz in the eighth seemed to rescue the Yanks after they appeared primed to waste an evening in which they worked 11 walks against Kansas City pitching. Clint Frazier had a big hit early, but Carlos Santana slugged a go-ahead homer in the top half of the frame off Yankees reliever Zack Britton.

Making his fourth appearance of the season, Britton was being reinstated to his eighth-inning setup role after a bout of left elbow soreness during last week’s series against the Blue Jays in Buffalo, N.Y. The run was the first Britton had allowed since the 2019 postseason.

One night after New York fared 0-for-10 with runners in scoring position, stranding 13 men on base, Frazier’s two-run double off reliever Carlos Hernández comprised most of their offensive attack. The Yanks were limited to three hits until Odor reached the right-center-field bullpen with his eighth homer of the year.

Making his fifth start of the season, Michael King held Kansas City to two runs over 4 2/3 innings. King surrendered Ryan O’Hearn’s first-inning homer to the short porch in right field. Chad Green bailed King out of a bases-loaded jam in the fifth, spinning 2 1/3 perfect innings out of the bullpen.