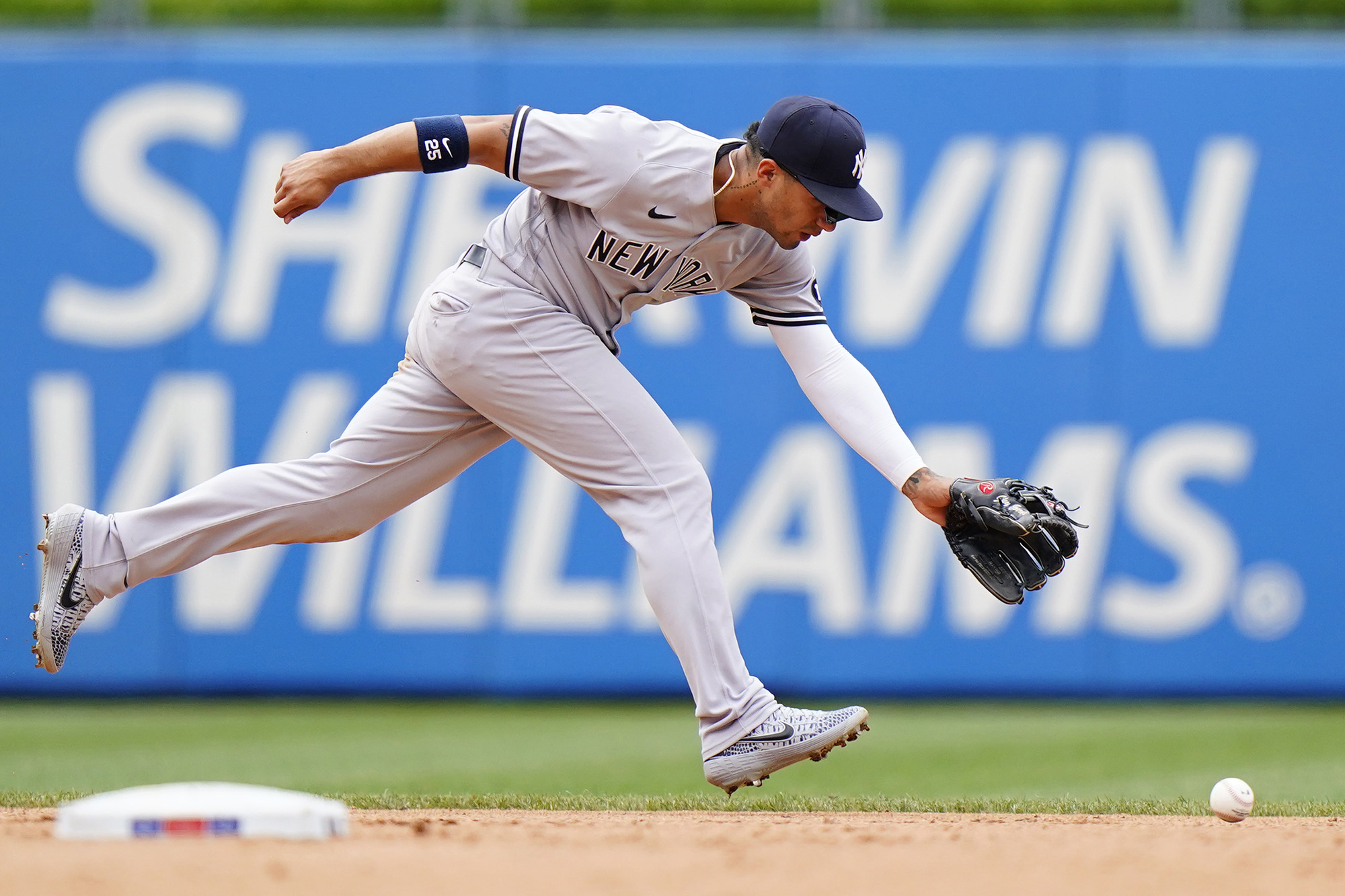 Brett Gardner squinted into a glowing computer screen on Sunday morning and characterized the inconsistency of the season as “a couple of steps forward, a couple of steps back.” That description outlines the uphill predicament that the Yankees face: after 65 games of wheel-spinning, they have hardly moved.

Domingo Germán was hammered for seven runs over 4 1/3 innings and the bats were held silent in a 7-0 loss to the Phillies on Sunday afternoon, completing a sweep of a two-game weekend Interleague series. As Gardner said, there is quite a bit of season remaining, but each loss “is a wasted opportunity.”

“I feel like everything was bad today,” Germán said through an interpreter. “I didn’t have the control and command that I usually have with my curveball and changeup — and that includes the fastball. So you can sum up this day as a tough day for me.”

At 33-32, the Yankees have lost seven of nine and are off to their slowest 65-game start since 2016 — current Philadelphia manager Joe Girardi’s penultimate season filling out the Bombers’ lineup cards, when they finished with 84 victories and failed to qualify for postseason play.

Here in the Aaron Boone era, New York was shut out for the third time this season, falling 8 1/2 games behind the American League East-leading Rays. Boone acknowledged that he is “very concerned” by the Yankees’ fourth-place position in the division.

With a showdown against the thunderous Blue Jays (33-30) on deck, Boone bristled when asked if he senses complacency or fatigue among his players as the losses pile.

“No. I know them too well,” Boone said. “I don’t think there’s any getting used to freaking losing. Hell no. Get the hell out of here with that.”