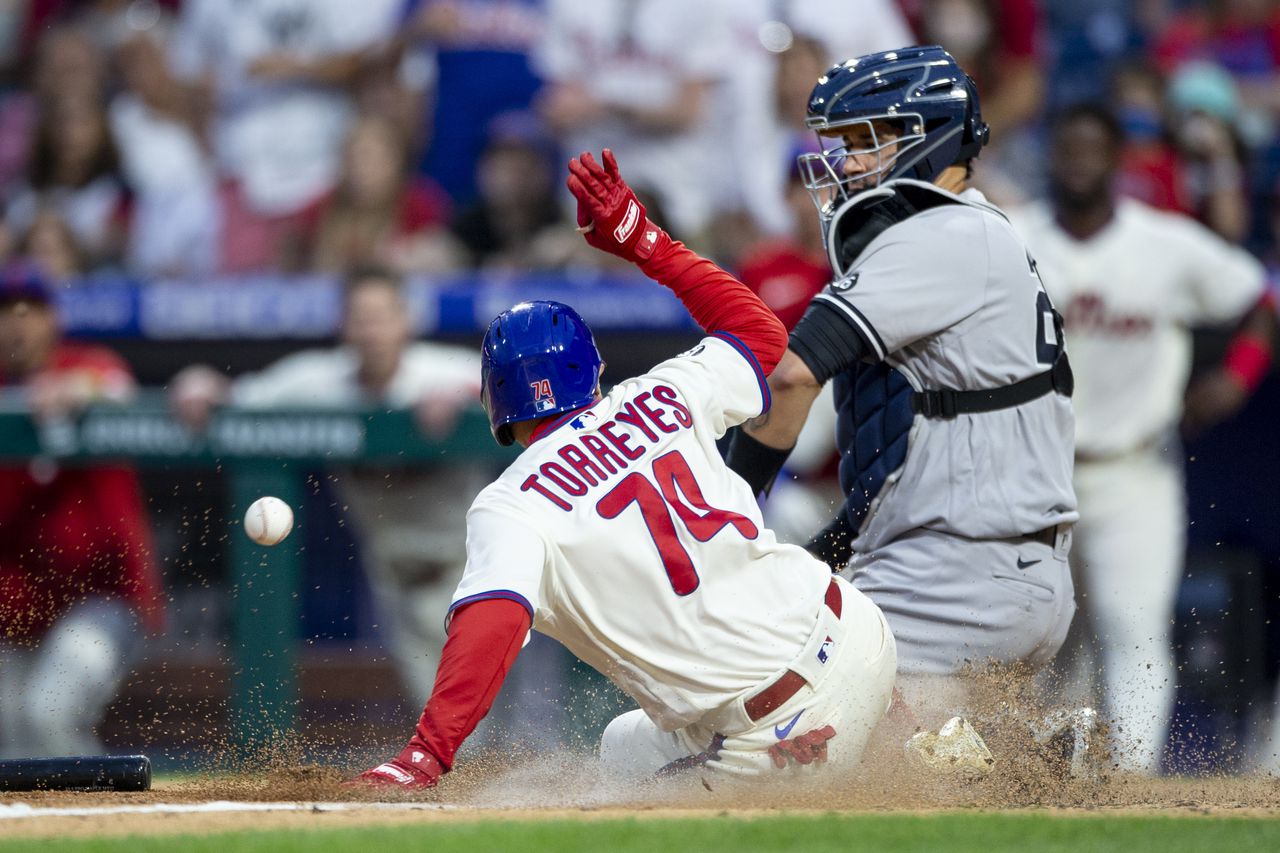 New York trailed by three runs heading to the ninth inning, but Brett Gardner and Tyler Wade worked one-out walks against closer Hector Neris. LeMahieu saw five pitches from Neris, connecting with a splitter for a 397-foot blast that cleared the left-center-field wall.

The late theatrics came after Bombers starter Jameson Taillon could not unlock the necessary pitches to put away the Phillies’ lineup, trudging off the mound after recording only a single out.

Chapman again had to walk off the field in this one, done in by a throwing error on a Travis Jankowski bunt and Segura’s one-out infield single.

Bryce Harper stroked a two-run single, Andrew McCutchen lifted a sacrifice fly and Alec Bohm banged a single off Taillon, whose struggles nearly coincided with Luis Severino being helped off the field from a rehab start for High-A Hudson Valley at Brooklyn with a right groin injury that will require an MRI – a concerning double whammy for the Bombers’ staff.

Gary Sánchez hit his eighth homer of the season off Phils starter Vince Velasquez, who permitted two runs and six hits in five innings. Rougned Odor cracked his sixth homer in the sixth inning off reliever Sam Coonrod. Gardner had a run-scoring triple and Sánchez cracked a RBI hit in the eighth.