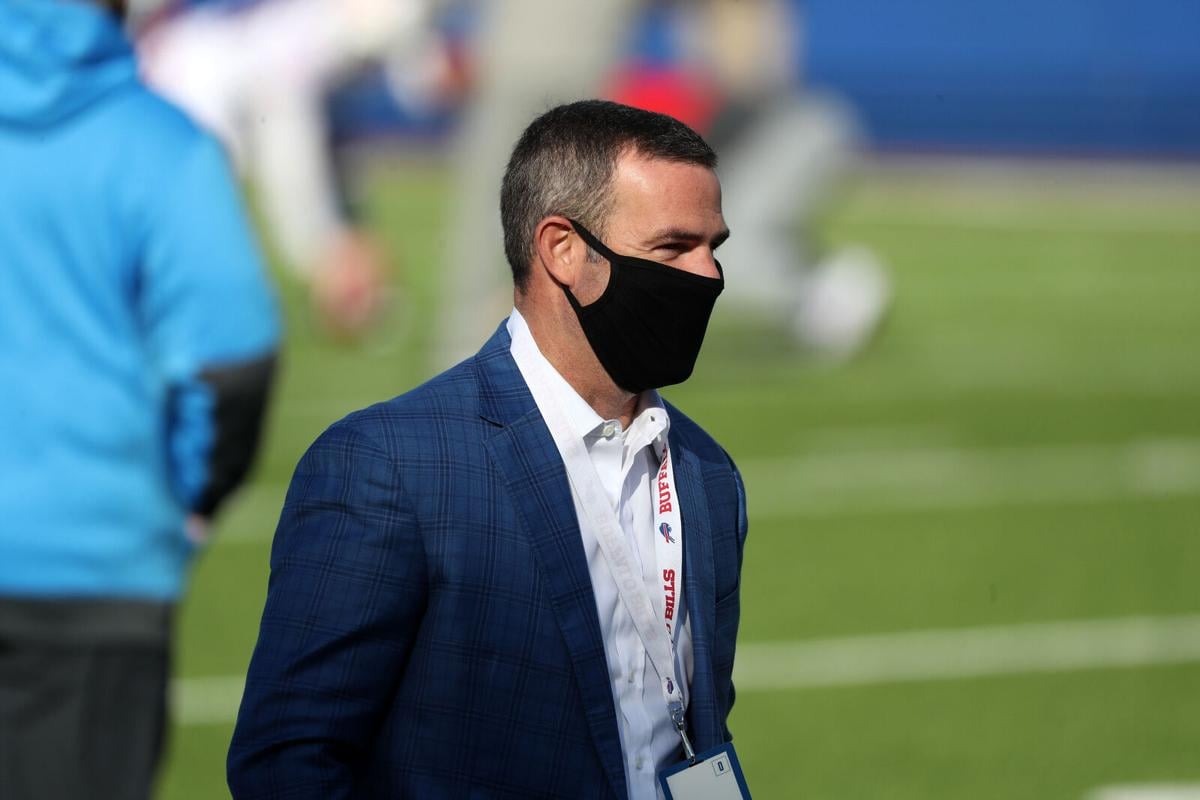 Bills general manager Brandon Beane continues to get recognized for his success and professionalism on and off the field with another award from PFWA.

Beane earned the Jack Horrigan Award on Thursday, which is awarded to a league, club or person for his or her qualities and professional style in help the pro football writers do their job.

Horrigan, who the award is named after, has several ties to Buffalo. He was the vice president of public relations for the Bills from 1966 to 1973, was the director for the AHL’s Buffalo Bisons and wrote for Buffalo Evening News.

The fifth-year Bills GM was also named Executive of the Year by Sporting News for helping build a roster that won 15 total games and appeared in the AFC Championship. He was the first Bills executive to win the award since Bill Polian in 1991. He also won the PFWA Executive of the Year award back in January.