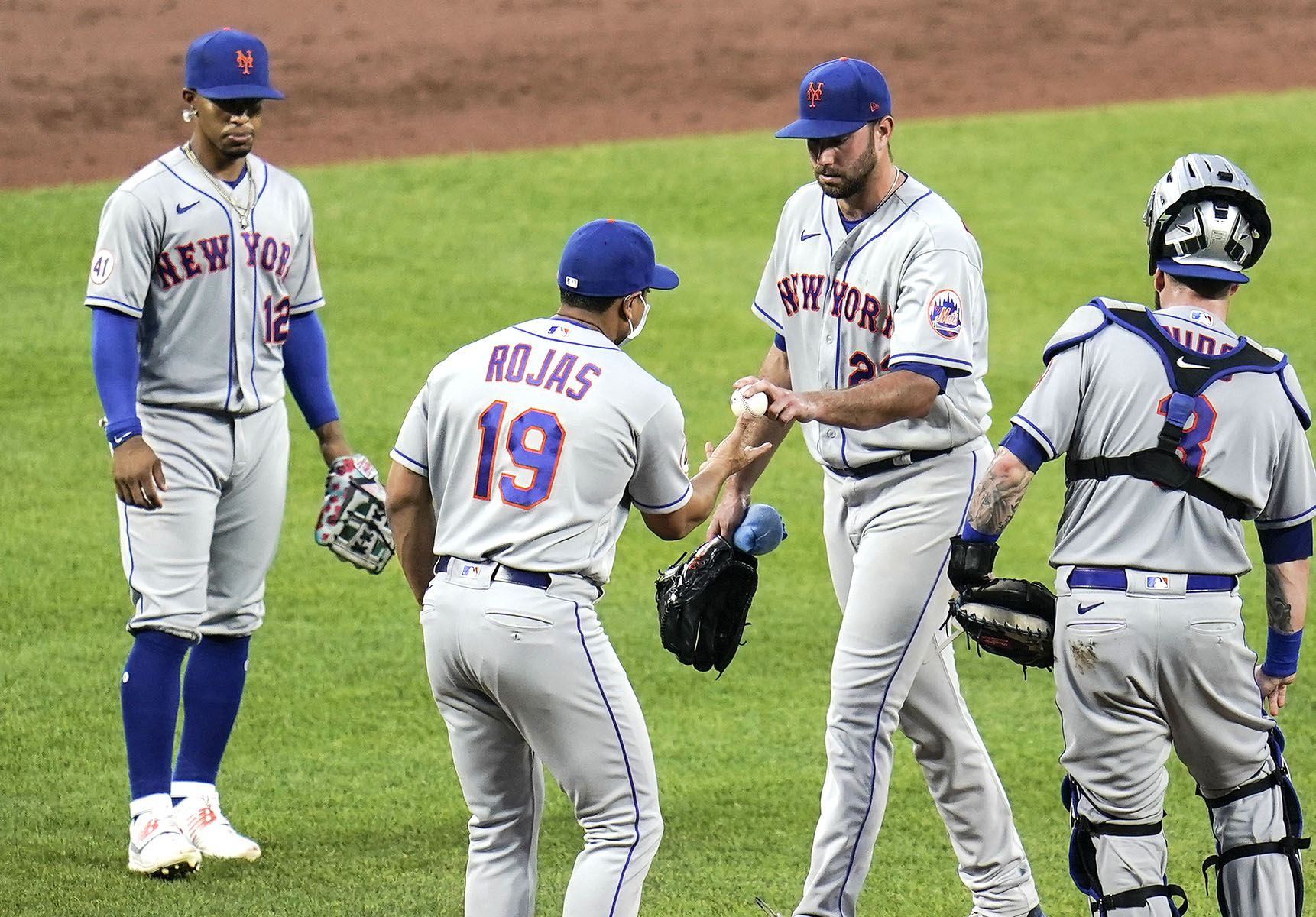 By the time David Peterson walked off the mound at Camden Yards on Tuesday, head bowed and face stern, the Mets were already well on their way to a 10-3 loss to the Orioles. Peterson had again submitted a poor start, allowing four runs on eight hits over 2 2/3 innings. His ERA over his last four outings is 9.88, leaving the Mets to wonder: Is the promising young left-hander still one of their five best current rotation options?

It’s a decision the Mets will need to contemplate over the next five days, before his spot comes up again next week against the Cubs. Peterson didn’t give the Mets much of a chance in their series opener against the Orioles, allowing three consecutive hits to open the second inning, including Pat Valaika’s two-run double. The Orioles attacked Peterson with three more hits over a four-batter stretch in the third, leading to his exit.

The Mets had taken an early lead on Pete Alonso’s homer off Bruce Zimmermann in the first inning, but Peterson gave that back — and more — during Baltimore’s second-inning rally. Alonso added his second homer of the game in the ninth with a solo shot.