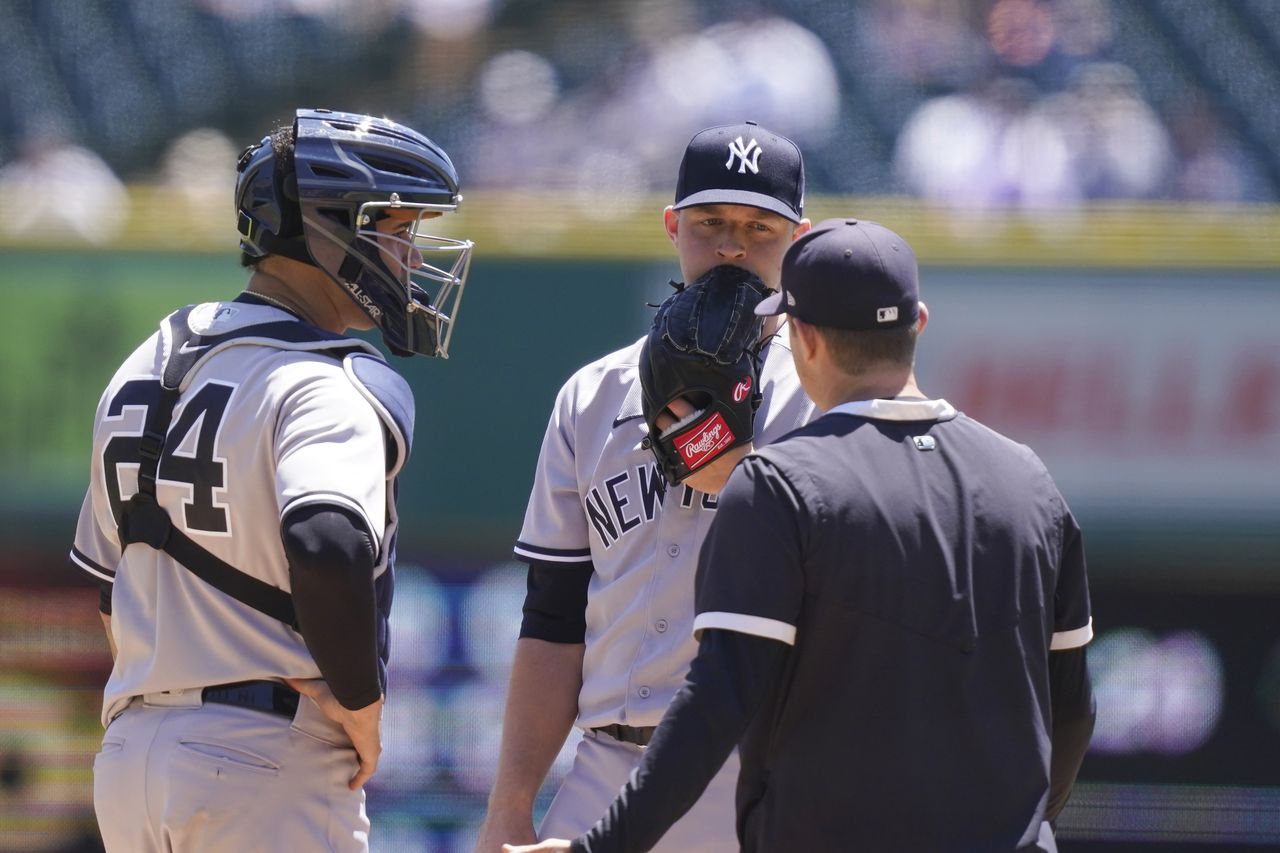 Gleyber Torres stomped down the dugout steps on Sunday afternoon, ripping the glove off his left hand and attacking everything in sight, an impromptu homage to Paul O’Neill’s tirades of years gone by. The third-inning display was wholly appropriate, capturing the frustration of the Yankees’ lost weekend in Detroit.

These three contests against the Tigers were as close to a “gimme” as can be expected, a respite sandwiched inside important series against division rivals. Instead, the Yankees will jet home from the Motor City shaking their heads, dealt a 6-2 loss at Comerica Park that completed a three-game sweep.

“I made two mistakes; in that moment, I didn’t want anybody to say anything to me,” said Torres, who fumbled a pair of grounders during Detroit’s four-run inning. “I know what I did. Mentally, it’s really frustrating for me.

“For sure, I didn’t want to make two errors in the same inning — especially right now, because we’re playing the way we don’t want to play.”

The Yankees had not been swept in a three-game series at Detroit since May 12-14, 2000, when the Bombers’ star-studded triumvirate of Roger Clemens, Andy Pettitte and David Cone was outpitched by C.J. Nitkowski, Jeff Weaver and Dave Mlicki. The ’00 Yankees went on to win a World Series, but if there are any silver linings, manager Aaron Boone wasn’t seeing them.

“This is just a bad ending to a terrible weekend. We’ve got to get better,” Boone said. “As [ticked] off as I am — and as we should be — by the way we played, it’s a bad weekend. We need to turn the page. We have an important homestand coming up against some really good opponents.”

There wasn’t much of a pump prime for the seven-game homestand against the Rays and Red Sox. New York’s bats remained largely silent, handcuffed by rookie left-hander Tarik Skubal on three hits over six innings.