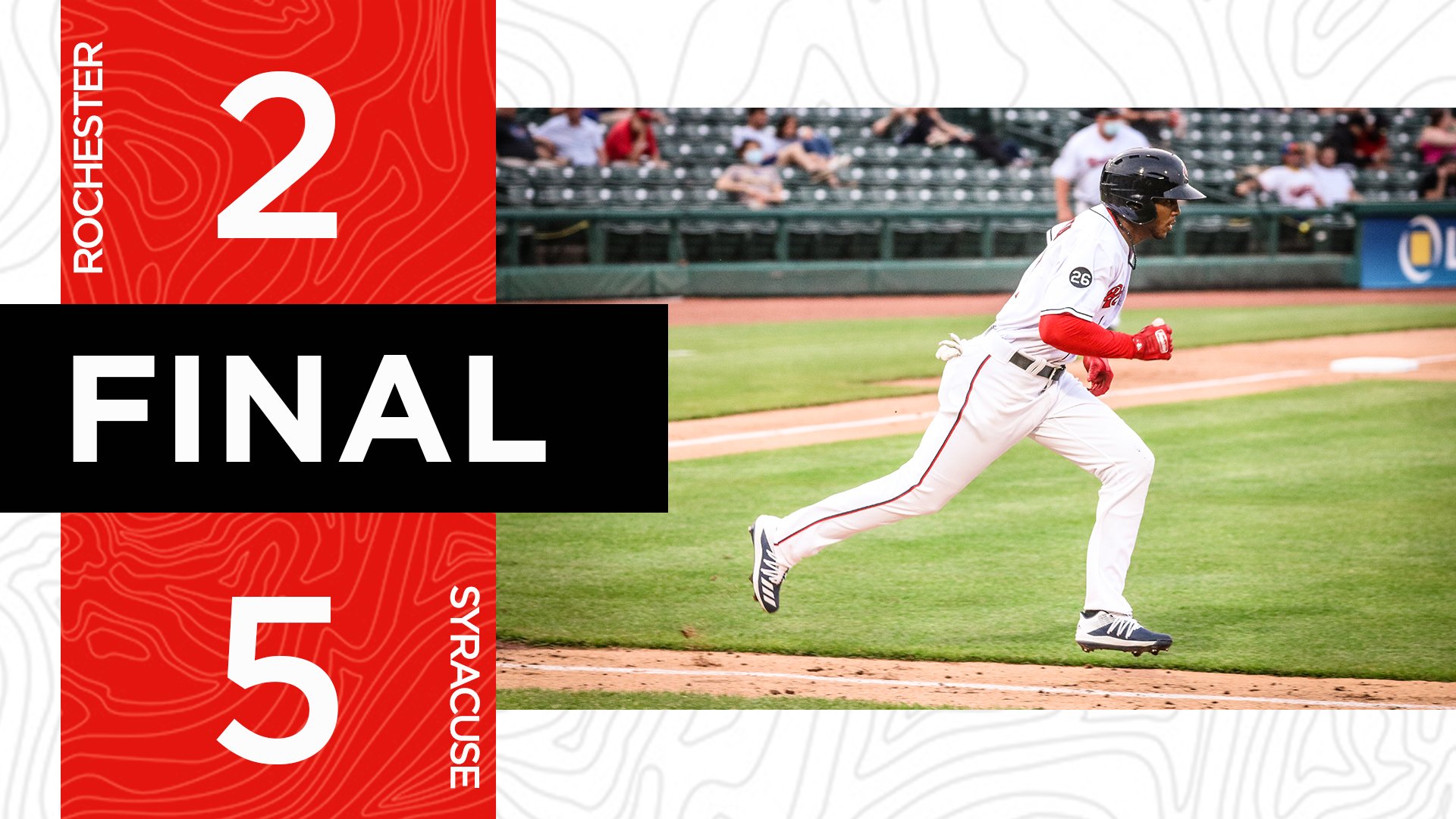 Red Wings starter Rogelio Armenteros retired the first seven batters of the game before allowing a one-out triple to Cody Bohanek in the third inning. The opposing pitcher Jared Eickhoff followed with a two-run home run and three more doubles in the inning put two more on the board for the Mets and 4-0 lead.

The homer by Eickhoff was the first home run by a pitcher in Frontier Field history.

The Wings (4-15) got on the board in the seventh inning when Mets rehabbing right hander Seth Lugo threw away a tailor-made double play comebacker that allowed Adrian Sanchez to score from third.

Rochester got one closer in the eighth inning on an RBI single from Sanchez.

Daniel Palka came to the plate in the ninth inning as the tying run but grounded out to second to end the threat and the game.

Gerardo Parra reached base four times for the Wings (2-for-3; 2 BB).

The Wings and Mets continue their week-long series on Wednesday night (7:05 pm).