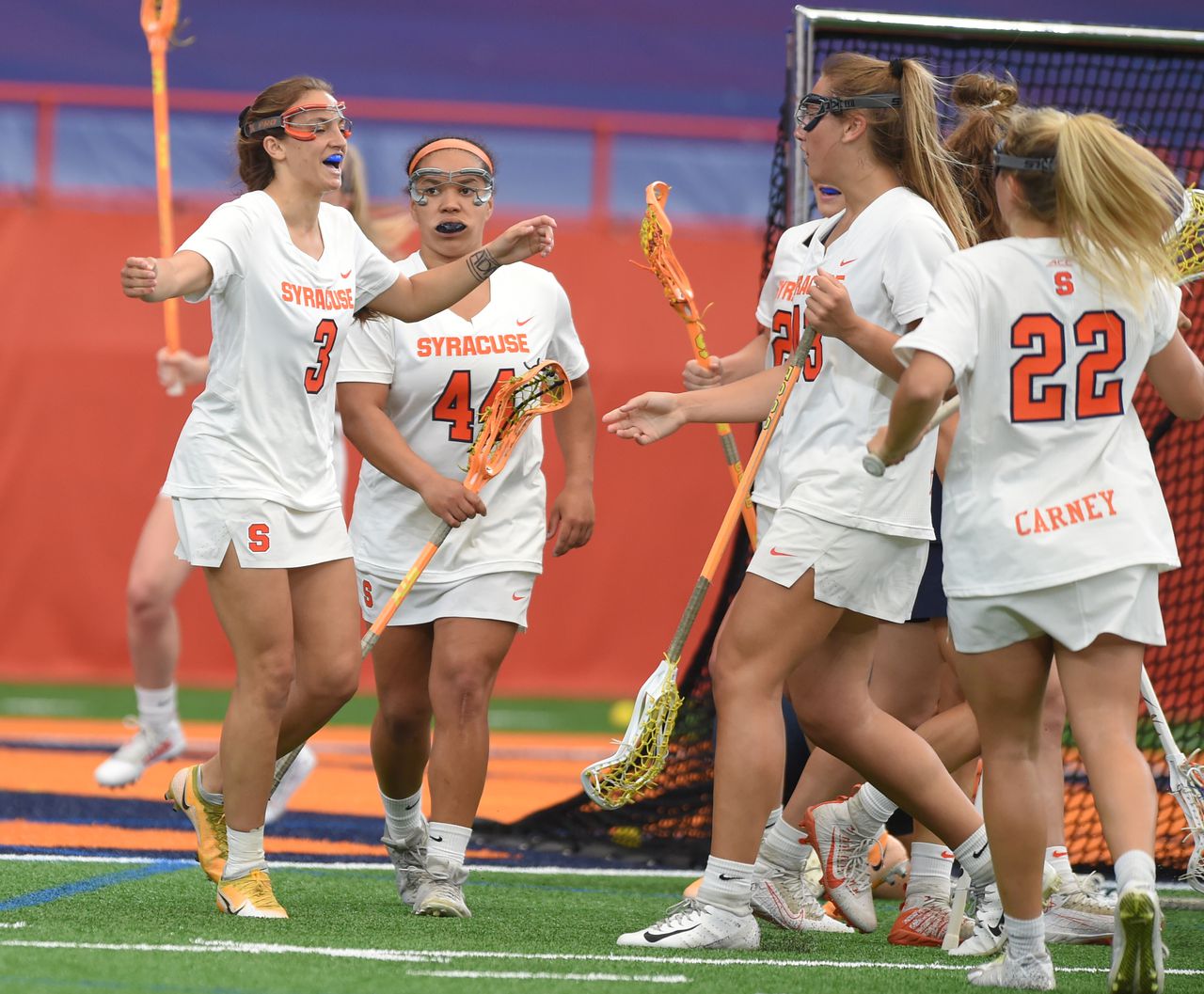 Syracuse women’s lacrosse is heading to the NCAA tournament as the No. 3 and will have a first-round bye thanks to the strange structure of this year’s tournament. The Orange joins No. 1 UNC and No. 2 Northwestern as the teams moving straight into the second round.

We have a first round bye and will take on the winner of Loyola and Hofstra in the second round ? pic.twitter.com/vvlA92Prxd

SU earned an at-large bid and is one of 29 teams in the tournament, the most ever for the women’s game. With the uneven number of bids, the top three teams have a first-round bye, while the remaining 26 battle it in the first round. When those 13 winners move on, the top three will join in play and round out the 16 teams heading into the final round of regionals.

Syracuse will host the game between Loyola and Hofstra for the opening round on Friday, May 14, and the Orange will take on the winner of that matchup at 1 p.m. on Sunday, May 20. The Orange beat Loyola 18-6 in the season opener, handing the Greyhounds’ one of their two losses this year. Syracuse is 5-0 in its last five meetings with Loyola.

SU has played Hofstra only once in program history, and that matchup took place during Gary Gait’s first season as head coach in 2008. Syracuse defeated the Pride 21-10.

The Orange finished the season with a 14-3 record and as the No. 3 team in the nation. It was thought that Syracuse could slip past Northwestern for the second seed due to strength of schedule, with the Orange playing in the toughest conference in the country.

Going into the final rounds, Syracuse probably will face off against some familiar faces, with four of the top five seeds coming from the ACC.