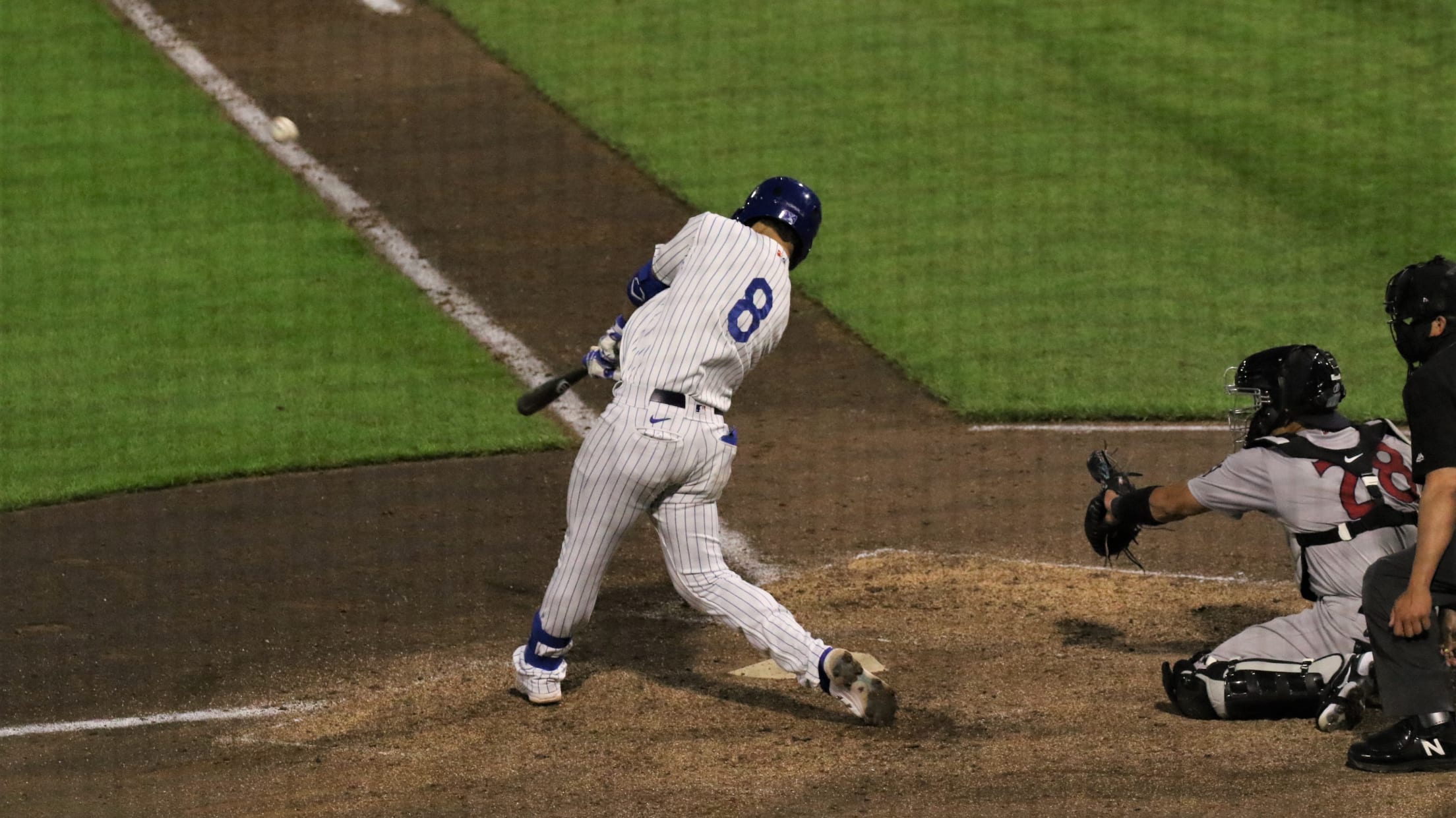 Aft​er 609 days without baseball, the Syracuse Mets opened a renovated stadium and the 2021 season with a 5-3 win over the Scranton/Wilkes-Barre RailRiders on Tuesday night at NBT Bank Stadium, the site of a $25-million renovation.

Syracuse (1-0) scored its inaugural run of the season in the bottom of the third inning. Martin Cervenka led off the frame with a solo home run that landed on the new 315 Bullpen Bar past the left-field wall for a 1-0 Mets lead. Drew Jackson followed with a single. Andrew Ferguson then hit a ball to the left side of the infield that RailRiders shortstop Kyle Holder misplayed for an error, putting runners at first and second base. Jake Hager followed with a ball hit to third base that hit off Scranton/Wilkes-Barre third baseman Andrew Velasquez’s glove and bounced towards shortstop. Jackson made an excellent read on where the ball was going and scored from second base on the play for a 2-0 Syracuse lead.

Scranton/Wilkes-Barre (0-1) tied the game in the top of the fourth. Derek Dietrich singled to lead off the inning, and Socrates Brito followed with a two-run home run to right-center field, knotting the score, 2-2.

The Mets regained the lead in the fifth. Cervenka singled, three batters later, Hager singled, and Wilfredo Tovar then worked a walk to load the bases with two outs. With Deivy Grullon at the plate, RailRiders reliever Nick Nelson threw two wild pitches that allowed Cervenka to score for a 3-2 advantage and Hager to come home to make it a 4-2 game.

Syracuse put the exclamation point on the night in the sixth. With two outs, David Thompson homered to left-center field to give the Mets a 5-2 lead.

Mets starter Jerad Eickhoff was stellar, pitching six innings where he allowed seven hits and two runs but no walks, and he struck out five batters.

Syracuse’s bullpen was even stronger. Stephen Nogosek pitched a scoreless seventh inning, and Drew Smith closed the game out with two scoreless innings to earn the save.

The Mets and RailRiders continue their Opening Week six-game series on Wednesday night. Right-hander Jesús Reyes is scheduled to start for Syracuse, while right-hander Brody Koerner will take the mound for the RailRiders. First pitch is at 6:35 p.m.