Sabres to be without three goalies for rest of the season 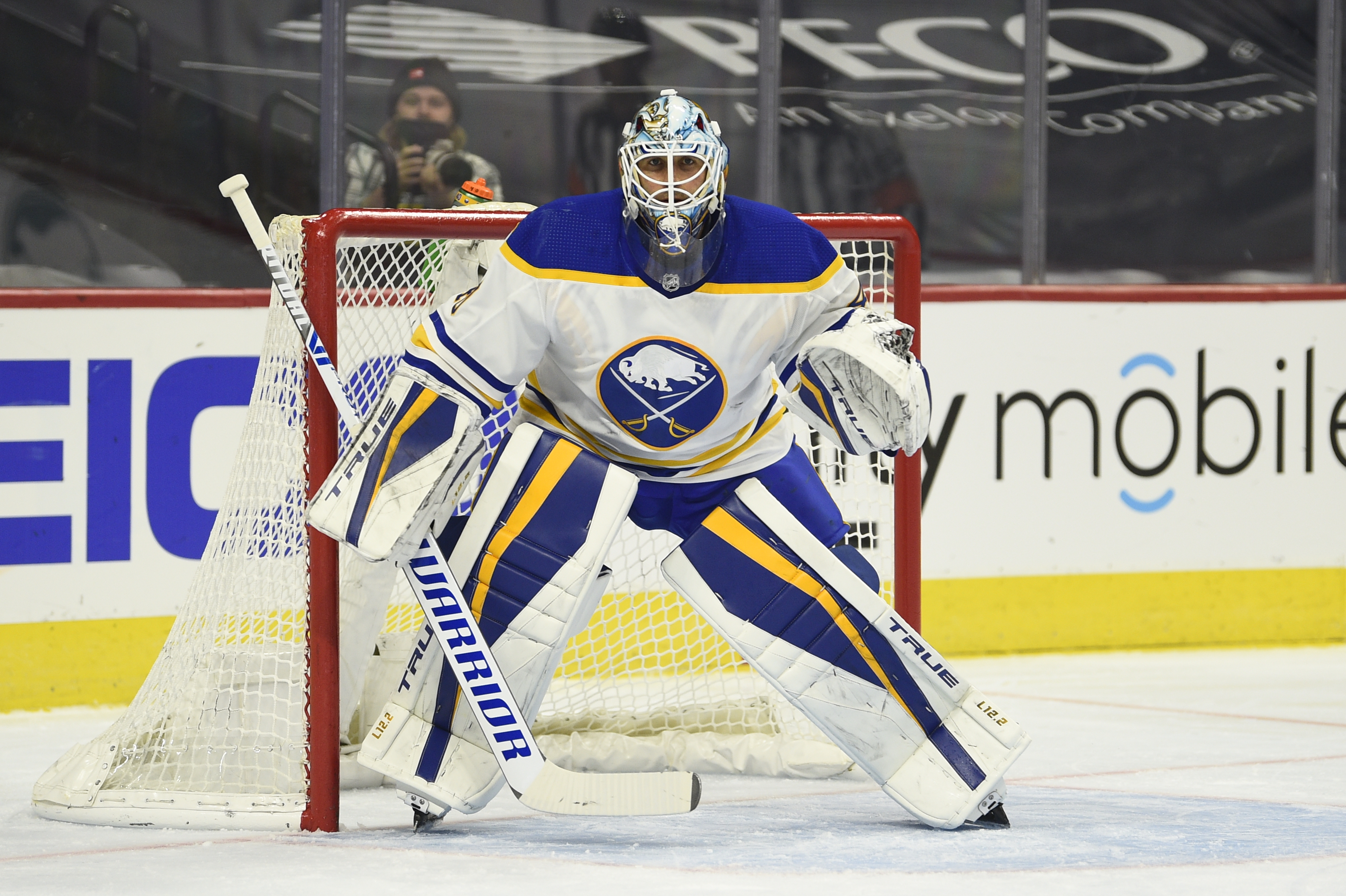 Michael Houser played nine seasons of pro hockey before making his NHL debut, a 34-save victory over the New York Islanders on Monday. His wait for game No. 2 will only take 24 hours.

Houser will start for the second straight night when the Sabres host the Islanders at KeyBank Center on Tuesday, their final home game of the season. Stefanos Lekkas, signed to a professional tryout contract on Monday, will back up once again.

It could be the start of a busy week for Houser. Sabres interim coach Don Granato announced that goaltenders Ukko-Pekka Luukkonen (lower body), Carter Hutton (lower body), and Dustin Tokarski (family matter) will all remain unavailable for the final three games of the season.

Linus Ullmark, who has been out since April 15 with a lower-body injury, skated again Tuesday morning but his return is uncertain.

“He’s not ready today,” Granato said. “So, it’s an easy no today and a possibility, I would say, but I wouldn’t say a probability.”

Lekkas signed his professional tryout contract Monday after participating in a morning skate with Rochester. He dried his gear, packed the few belongings he had in his Rochester hotel room and found a new room in Buffalo. It was the continuation of a hectic season for the 2020 University of Vermont graduate, who began the season with ECHL Fort Wayne before joining the Amerks on a tryout.

“Just to go through the game day process, go through the warm-up and be part of a win is obviously something I’ll always remember,” he said. “Just being here for however long it ends up being makes you really want to earn more chances and stick around.”