Home » Chance The Rapper » Why is there no NBA team in Buffalo?

Why is there no NBA team in Buffalo?

Why is there no NBA team in Buffalo? It’s a question that gets regularly asked by NBA and wider sports fans and it’s hardly surprising. Everything about the New York city screams out for a team. Yet here we are in 2021 and the city doesn’t have representation amongst the elite of basketball.

Here we explore the past of Buffalo’s affinity with the NBA, why the city could be a good choice for expansion plans and assess whether it will actually happen. 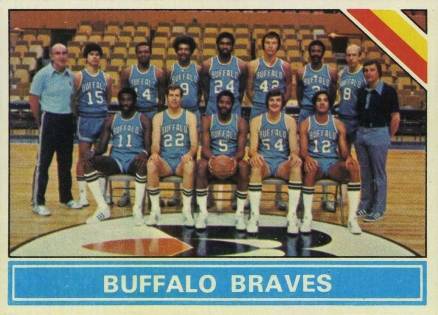 Has Buffalo had a NBA team before?

Yes. Buffalo boasted a NBA team between the years of 1970 and 1978 under the name of the Buffalo Braves. The franchise never lifted any honours but did make the playoffs on three occasions and can boast three players – one time MVP Bob McAdoo, Moses Malone, who was one of the best defensive players in the NBA, and two time points leader Adrian Dantley – and coach Jack Ramsay as hall of famers.

The Atlantic Division side played their home games at the Buffalo Memorial Auditorium and hold the record attendance for a sports event with their 1976 clash against the Boston Celtics attracting a crowd of 19,226. Of course, it’s a record that will never be broken with the arena being torn down in 2009 after being unused since the mid-nineties.

By that point, the Braves were long cast into the history books. In 1978 the franchise was traded to Irving Levin – a film producer and then owner of the Celtics – and he quickly relocated and rebranded the team as the San Diego Clippers. That lasted for six years before a shorter move to Los Angeles when the LA Clippers were born.

Would Buffalo welcome back another NBA team?

The residents of the city are still miffed as to why there is no NBA team in Buffalo after having their team taken away all those years ago.

It’s easy to see why too. Look at the facts around the city; Buffalo is the second most populous city in New York State, they have a college basketball side that play in Division One in the form of the Buffalo Bulls and their affinity to their sports is sizeable enough to support both the NFL side the Buffalo Bills and the NHL team the Buffalo Sabres week in week out. A NBA team would have no trouble selling out an arena.

Of course, that’s not the only factors to consider. You have to look at whether a city has the infrastructure around it to support such a major arrival. We already know Buffalo can. Not only has it done so in the past but where did the authorities want the Toronto Raptors to relocate during the Covid-19 crisis? That’s right, Buffalo.

Why? Well, there were two reasons. One was location and the other was the ready-to-go setup that could support a NBA team at the drop of a hat. The Raptors ended up in Tampa but the point remains valid.

In summary, the people of Buffalo would love a NBA side of their own again and the city could handle everything that comes with it.

Will Buffalo get their own NBA side?

If you’re looking for a quick answer then it’s probably best to say ‘no’. There is much more to it than being a yes or no question though with the extended answer being one of slightly more complexity.

The NBA commissioner Adam Silver admitted in December that expansion plans for the NBA were back on the table. That’s good news for those who want to enter. The bad news for them is that they’ll face very stiff competition.

The expectation is that a couple of teams could be added whilst there will be perhaps 10 different franchises fighting for the spots. Buffalo aren’t likely to be one with Seattle and Vegas the leading contenders.

Never say never though. Meanwhile, f you like the NBA make sure to check the current odds for the rest of the season here: edge.twinspires.com/nba/odds/