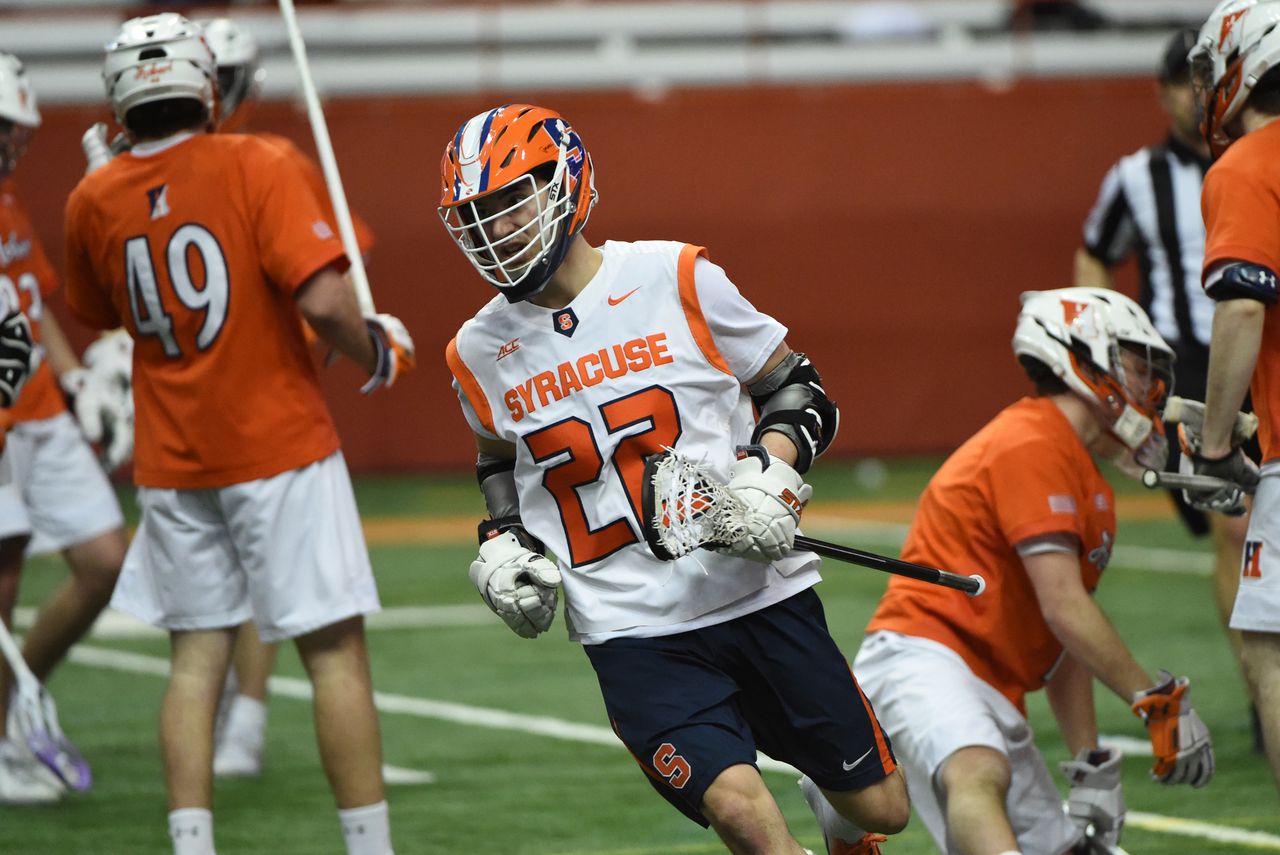 Syracuse attack Chase Scanlan was suspended from the team last week after he was involved in what the Department of Public Safety classified as a domestic incident, according to Syracuse.com.

DPS responded to an incident reported on South Campus at 11:34 a.m. on April 18, the day after SU played UNC. The incident occurred just after midnight on April 18 but was not reported until later that morning, according to the DPS crime log.

The case is currently listed as open. Scanlan has not been charged with a crime, Syracuse.com reported.

Onondaga County District Attorney William Fitzpatrick said his office and the city of Syracuse police joined the investigation and will meet with the other party involved, according to the Syracuse.com report. “We plan on meeting with the victim at her convenience,” Fitzpatrick told Syracuse.com.

Scanlan was suspended indefinitely from the team April 20 and reinstated Monday, according to a Syracuse spokesperson. SU’s captains reportedly threatened to walk out of practice on Tuesday if Scanlan was present. Instead, the sophomore attack practiced on his own.

Scanlan did not play in Syracuse’s 13-11 win over Virginia on Saturday, and it is unclear if he will join the team for its matchup with Notre Dame this weekend.

The attack is Syracuse’s leading goal scorer (24) and is third on the team in points (33). He had started all nine games prior to his suspension. Against Virginia, junior Owen Seebold took over for Scanlan, recording two goals and two assists in the conference win.