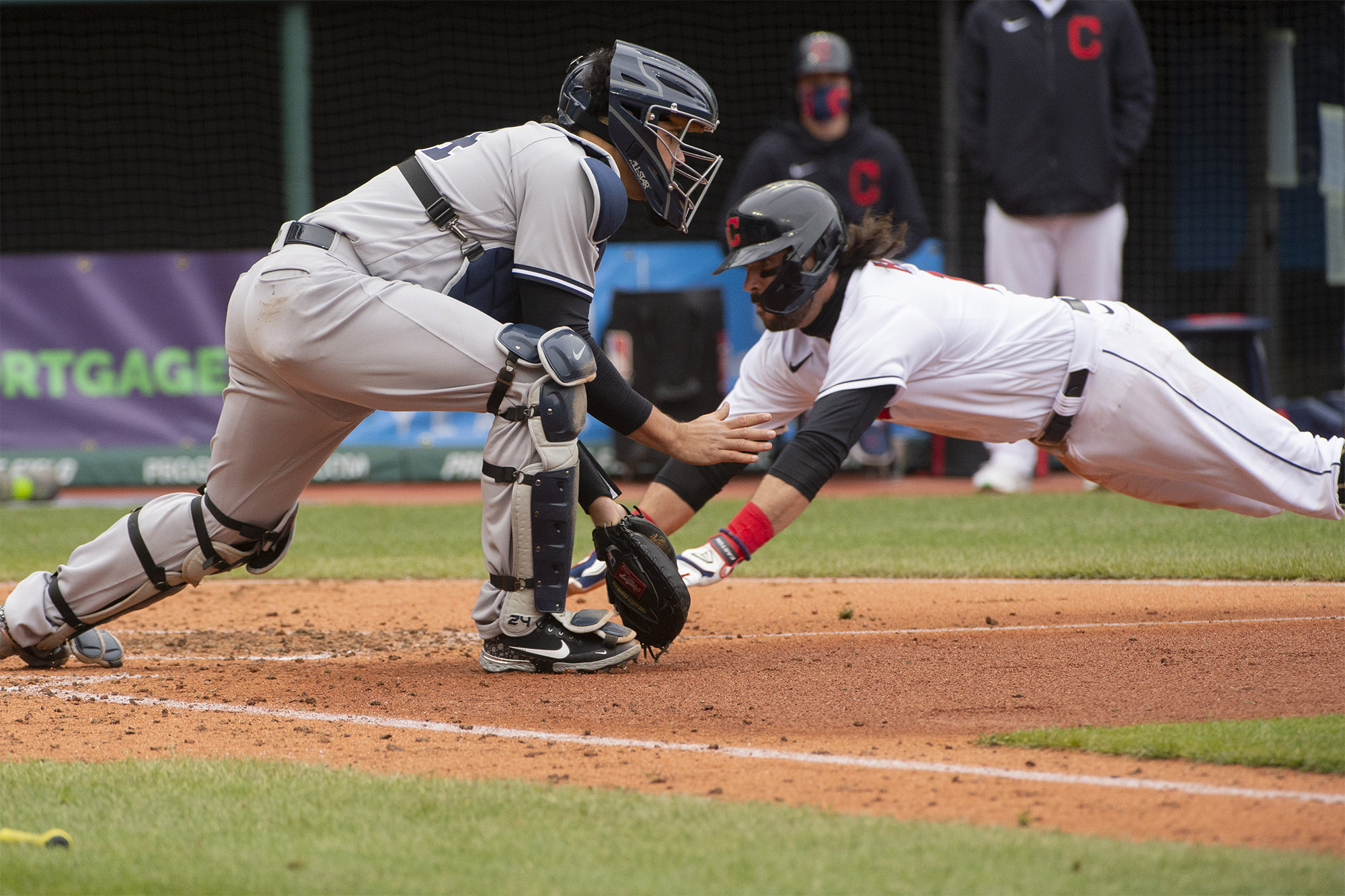 The Yankees did not bust out the brooms on Sunday, denied a four-game sweep at Progressive Field, but they departed Cleveland having rediscovered the “boom” in their potent lineup — an encouraging development as they aim to fulfill expectations of a run-scoring juggernaut.

Gio Urshela and Mike Ford hit back-to-back home runs, giving the Bombers nine round-trippers across the weekend series, but the Yankees were unable to overcome Jameson Taillon’s early exit and a rare bullpen stumble in a 7-3 loss to the Indians.

“Our at-bats are getting better,” said Yankees manager Aaron Boone. “Cleveland is a team that can really pitch. I felt like we were close today to breaking things open. As far as where we are right now as a club, I feel like we’re in a good spot to go out and continue to play well.”

Urshela and Ford slugged their deep drives in the fourth inning off Cleveland starter Triston McKenzie, who was chased after throwing 87 pitches in four innings. The power surge was a theme of the series, coming after the Yanks managed just eight homers in their previous eight games, but the Indians’ bullpen denied the Yankees from there.

Cleveland scored seven unanswered runs, breaking through as Taillon wobbled during a 36-pitch fourth. Three hits, including Amed Rosario’s run-scoring single, set the table. Taillon then left a 93.8 mph fastball over the heart of the plate to Franmil Reyes, who cracked an opposite-field, three-run homer to right field that gave his club the lead.

“Those are the tough ones to swallow,” Taillon said. “I thought I threw the ball really well, but this is a results league. You get to two strikes, and you’re giving up two-strike hits; that’s all it takes to win a game. Today was a streak of three or four hitters that ruined our chances at a win, so it happens quick.”